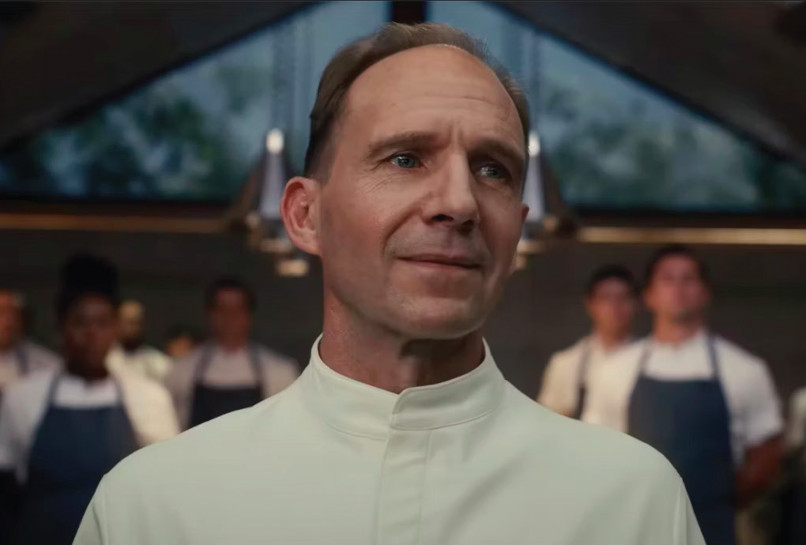 Bizarre, original, and loaded with revelatory surprises with every turn of the page, The Menu uses the culture of haute cuisine as a metaphor for the spit-roasted values of high society, with results that are vicious, delicious, and horrifying.

The setting is a high-end restaurant on a remote private island off the coast of the Pacific Northwest called Hawthorn, a pinnacle of culinary art so exclusive that even reservations made a year in advance are no guarantee of admission. But if you do get in, dinner lasts 4 hours and 25 minutes, costs $1,250 per person and is prepared by a dour, meticulous staff under the intimidating control of a humorless and demanding world-famous chef named Julian Slowik (Ralph Fiennes) who seems more like a Marine drill sergeant running a boot camp than a celebrity cook.

Tonight, he is hosting a feast for a small party of guests with money and influence, including a fawning, gung-ho gourmand (Nicholas Hoult), his cynical last-minute date Margot (Anya Taylor-Joy), a cruel critic ( Janet McTeer), a trio of nasty Wall Street techies, a rich businessman and his wife (Reed Birney and Judith Light), and a has-been movie star ( John Leguizamo) looking to revive his career with a TV food show. 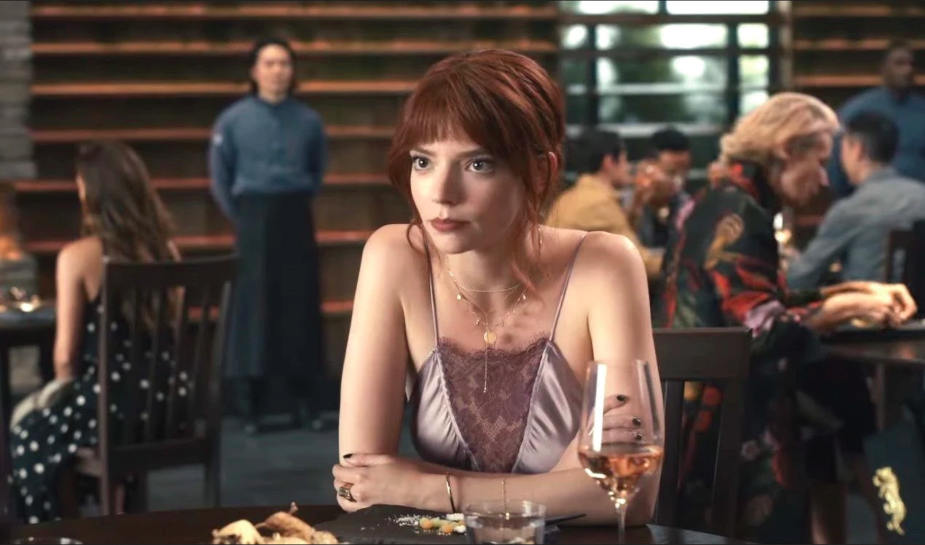 Each of them has been carefully researched and invited except Margot, which makes her a special target for punishment by the chef, and none of them has any idea of the culinary horrors that await them as they are forced to endure the chef’s revenge for reasons that are better not revealed to preserve the fun.

The guests are labeled “takers” and the wait staff that lives in a dorm on the island and obeys the chef’s every demand are the “givers”. The deceptively supportive maitre d’—a frozen-faced sadist named Elsa (chillingly played by Hong Chau) is the most ferocious threat to the entire restaurant and her eventual violent outburst will leave you shaking.

Directed by Mark Mylod, the creepy screenplay by Seth Reiss and Will Tracy unfolds like the courses of a menu, from farm to table, with such a running discourse from the chef that you don’t know whether to laugh or frown. Scallops are covered in frozen, filtered sea water to kill bacteria. The bread plate is breadless. The smoked thighs are accompanied by tortillas with the guests’ photographs laser-engraved in rust.

The horrors begin with the fourth course called “The Mess”, created by a sous-chef who commits suicide and his bone marrow is served au jus. Course after course, something dreadful happens as the chef’s motives for revenge are revealed. The patron prompted to exit in disgust is prevented from leaving when his fingers are chopped with a meat cleaver. And finally, the chef, who has gone uncontrollably insane, reveals the secret of the evening’s menu: everyone will die!

The ultimate dessert course is—you guessed it—the perfect end to a perfect meal, by knife, noose, and other lethal kitchen utensils. No spoilers, but I promise you will never eat another “smore” again.

The Menu is grotesque, but hypnotizing, like something out of an old “Crypt of Terror” comic book. It’s also funny, because even as a satire it’ s so preposterous.

Ultimately, it adds up to less than a satisfying sum of its parts, the final resolution is disappointing, but the performances are uniformly arresting (especially Ralph Fiennes, who has a blast exploring a dark side of his talent never seen before). My main objection is the film’s criminal abuse of food, but I like the way it ridicules pretentious restaurants, ludicrous recipes, and ego-ravaged celebrity chefs.

It may be a curious, palate-cleansing amuse bouche, but you’ll never see The Menu on the Food Channel.