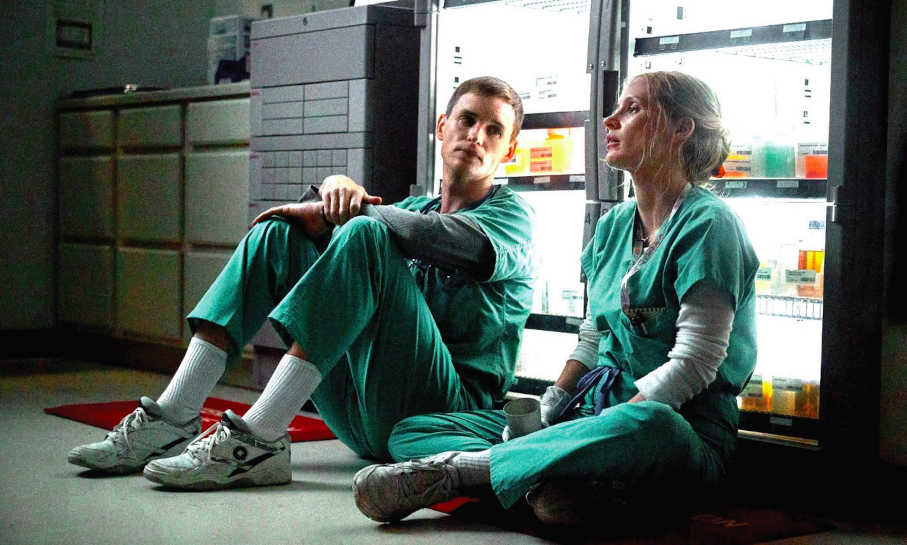 At the movies, serial killers are a dime a dozen. They all provide popular and disturbing movie fodder, but I don’t remember one as baffling and complex—or played so charmingly— as the one Eddie Redmayne plays in the true-life crime procedural The Good Nurse.

He’s a great Academy Award winning actor with a solid record for creating fresh, unforgettable characters on stage and screen, but paired with another Oscar winner, Jessica Chastain, this film is a prime example of how thrilling it can be when two extraordinarily gifted artists pool their resources to turn a routine thriller into a memorable work of art.

Chastain, on the heels of her own colorful Oscar-winning triumph in The Eyes of Tammy Faye, plays Amy Longhren, another actual real-life person but someone quite different from anything she’s done before—a supervising nurse in the intensive care unit of Parkfield Hospital in New Jersey with a heart ailment—at risk of a stroke, mentally and physically exhausted from juggling long hours on her feet, acting as a single mom to two daughters, and unable to rest or take the time off for a heart transplant because she needs the money for health insurance. 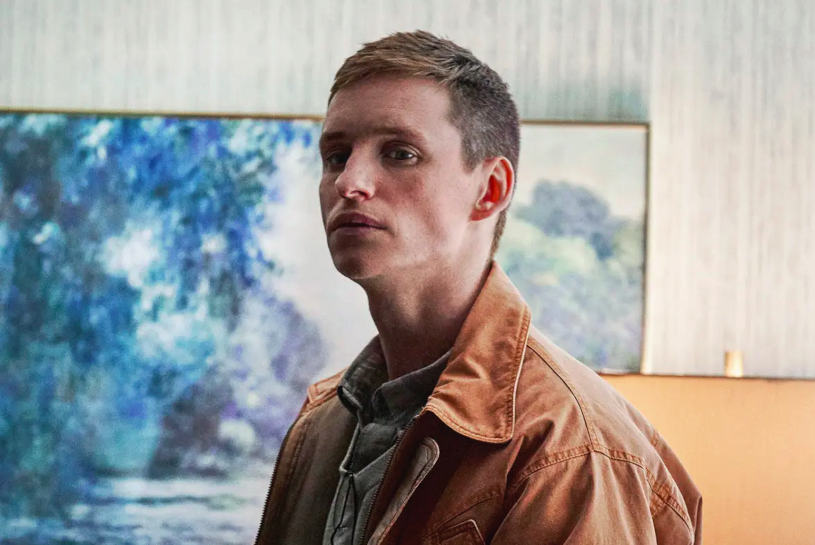 Help comes at last with the arrival of a new medical assistant, Charlie Cullen (Redmayne). His experience includes previous nursing jobs in nine hospitals, and he pitches in so quickly to relieve her stress that Amy’s gratitude is palpable. Charlie is also personable, helpful, supportive, quiet, gentle, and capable of assuming such huge responsibilities that in no time Amy is trusting him with extra jobs, including the demands of night shifts and babysitting her own children.

Charlie is a godsend–until his dark side surfaces.

To her dismay, Amy’s patients—including the healthy ones on the road to recovery—begin dying mysteriously. With a growing array of empty beds in the once-overcrowded I.C.U., local homicide detectives grow suspicious but find themselves stonewalled by hospital bureaucracy.

It is Amy who discovers to her horror that her patients have been injected with insulin in their I.V. drips, but nobody can prove it. Then strange reports come to light, based on the reasons Charlie was dismissed from his old health care positions in the past. Once the police recruit Amy, against her will, to spy on her friend and hopefully trap him into a confession, risking her own life and career, the film becomes a game of cat and mouse orchestrated with an unbearable intensity until a climax that only be described as nerve-shattering.

The success of The Good Nurse is due in no small part to the tense screenplay by Krysty Wilson Cairns, based on Amy’s own interviews and memoirs, and the gripping direction by Denmark’s Tobias Lindholm, who is making his American film debut.

Chastain infuses Amy with so much moment-to-moment subtle naturalism that I forgot I was watching an actress at work and really believed I was in the company of an actual overworked, underpaid nurse. As for Redmayne, words fail to accurately describe his powerful transitions in sweetness and anxiety until he finally snaps in a scene of such madness and revelation that it has become enshrined in memory.

He paints a controlled but fascinating dichotomy of characteristics— Norman Bates cross-pollinated with Ted Bundy—in a portrait of a very special kind of mental defective who kills for no reason at all. The actor digs so deep into the complexity of the character that he becomes inseparable from him.

The real Charlie Cullen was a beloved nurse for 16 years, convicted in 2003 of 40 killings, but suspected of 400 more. He is now serving 18 consecutive life sentences. No one ever stopped him, and no hospital where he worked has ever been sued.