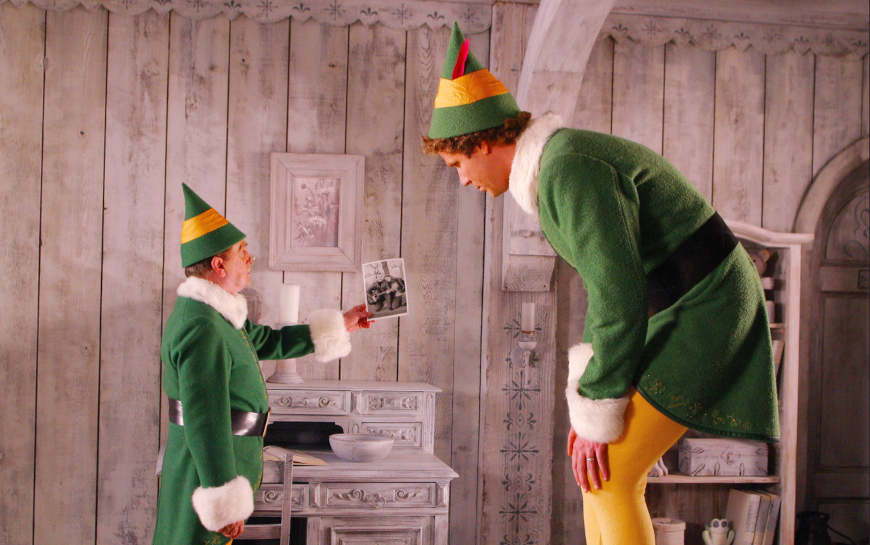 Gorton Community Center kicked off its Fa La La Film Festival this week with a John Hughes classic that continues to define the North Shore—the iconic Home Alone. But if you missed that, do not despair. The festival, underwritten by the Hughes Film Endowment, continues on Tuesday, December 13, with National Lampoon’s Christmas Vacation.

It’s a classic tale but for those who need a refresher: As the holidays approach, Clark Griswold (Chevy Chase) wants to have a perfect family Christmas, so he pesters his wife, Ellen (Beverly D’Angelo), and children, as he tries to make sure everything is in line, including the tree and house decorations. However, things go awry quickly. His hick cousin, Eddie (Randy Quaid), and his family show up unplanned and start living in their camper on the Griswold property. Even worse, Clark’s employers renege on the holiday bonus he needs.

The festival’s next holiday installation comes with the Tuesday, December 20, screening of Elf. After a baby at an orphanage crawls into Santa’s sack and is taken back to the North Pole by mistake, the elves name him Buddy and raise him, causing Buddy to believe that he too is an elf. When he finds out that he isn’t an elf, Buddy travels to NYC to meet his grouchy biological father that doesn’t know Buddy exists, to give him the gift of Christmas spirit.

A movie full of Yuletide cheer, Elf is a spirited, good-natured family comedy, and it benefits greatly from Will Ferrell’s funny and charming performance as one of Santa’s biggest helpers. Written by David Berenbaum and directed by Jon Favreau, it stars Will Ferrell, James Caan, and Zooey Deschanel.

The Fa-La-La Film Festival concludes on Thursday, December 22, with one of the greatest holiday movies of all time—A Christmas Story.

In the 1940s, a young boy named Ralphie Parker attempts to convince his parents, teacher, and Santa Claus that a Red Ryder Range 200 Shot BB gun really is the perfect Christmas gift.

Based on the humorous writings of author Jean Shepherd, this beloved classic follows the wintry exploits of youngster Ralphie Parker (Peter Billingsley), who spends most of his time dodging a bully (Zack Ward) and dreaming of his ideal Christmas gift, a “Red Ryder air rifle.” Frequently at odds with his cranky dad (Darren McGavin) but comforted by his doting mother (Melinda Dillon), Ralphie struggles to make it to Christmas Day with his glasses and his hopes intact. Written by Jean Shepherd (based on the novel “In God We Trust, All Others Pay Cash”), Leigh Brown (screenplay), Bob Clark (screenplay) and directed by Bob Clark, the film stars Peter Billingsley, Melinda Dillon, and Darren McGavin.

These Fa-La-La Film Festival offerings will all be shown from 7 p.m. to 9 p.m. Doors open 30 minutes prior to start, with drinks and concessions available for purchase. Price is from $5 to $10.