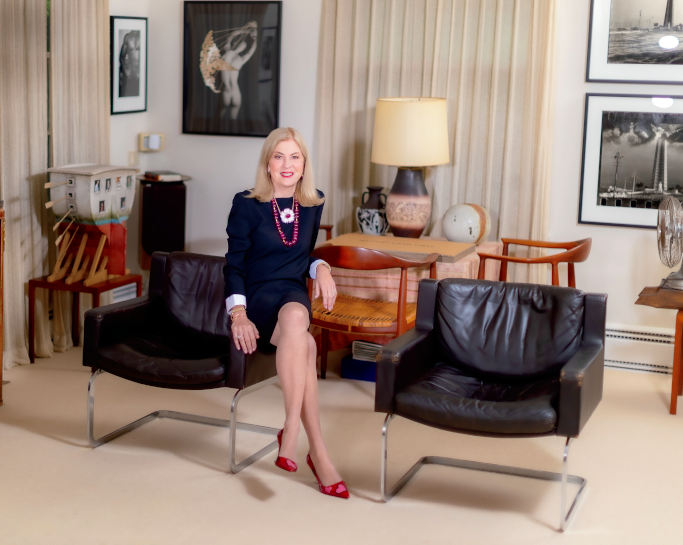 Madeleine Plonsker likes to say that she stepped on a “yellow brick road” and what followed were adventures both far and wide, learning like Dorothy that “there’s no place like home.” In the mid-1970s, Plonsker, who had been the Fashion Director for Elizabeth Arden Chicago and Fashion Consultant at Playboy, opened her first namesake boutique in Hubbard Woods, near where she grew up. That boutique, which offered womenswear and accessories designed by young créateurs from around the world, was followed by a second store—Madeleine at Home, an outlet for rare objects focused on updating interiors for her clients. Her most recent project, however, fulfills a longtime dream of writing a book. Plonsker’s authorship of the catalog The Light in Cuban Eyes: The Madeleine P. Plonsker Collection of Contemporary Cuban Photography (Lake Forest College Press), represents an accomplishment rooted in her family’s lineage: a love of art, culture, and Cuba. 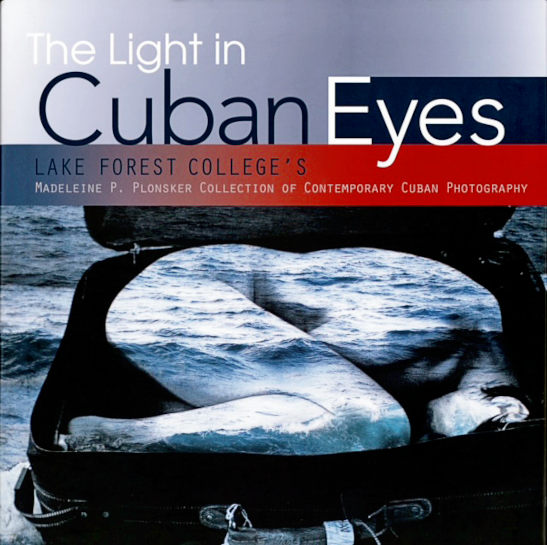 Fashion and music were part of her upbringing from the start. “My mother was very stylish and I used to join her for outings to Marshall Field’s ‘28 Shop,’ the fancy floor for high-end clothing labels,” recalls Plonsker. She remembers regular Florida family getaways where she would stay with her grandparents as her parents flew off to Cuba to enjoy weekends of dining and dancing. That’s what sparked the initial interest in 2002 when Plonsker learned of a group tour to the island sponsored by Williams College, where her husband, a son, and a grandson are alums. “I had always been intrigued by Cuba; this place where I had never been yet was so special to my parents.” En route, the tour stopped in Miami for visits to private Latin American art collections.

“I began writing down the names of the Cuban artists who I noticed in the residences, and there was one particular photographer’s work that consistently intrigued me.” Once in Havana, with an afternoon free from the scheduled itinerary, she set out to explore the art scene on her own. 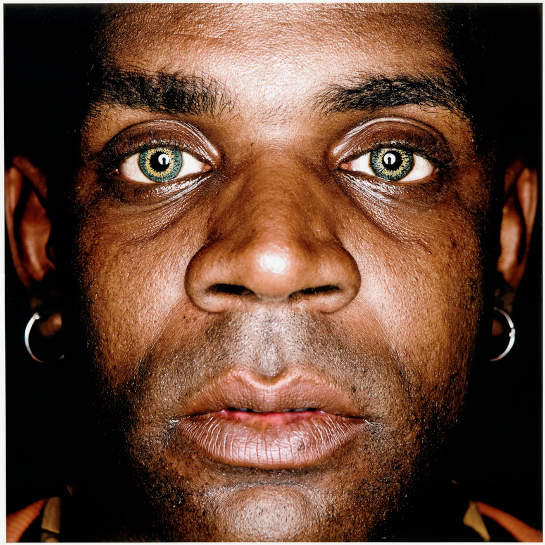 “I was absolutely taken by what I saw—almost 50 years of limited contact with the United States, yet the sophistication was as valid as the work of 20th-century American masters like Edward Weston or Robert Frank,” says Plonsker. As she wandered around the Old City, she stumbled upon an outdoor art exhibition. By way of her high school Spanish, her conversation with locals led to a gallery, then to an art dealer, and ultimately, to the studio of the photographer’s work she had admired back in Miami. Plonsker made some purchases but when she returned home, she faced the dilemma of no display space because her walls already featured an extensive collection of modernist prints and drawings. So, she promptly stored the images under her bed.

“Three years later, I looked at these photographs and told my husband that I just knew I had to go back to Cuba,” shares Plonsker, who did just that, often once a month, between 2005-2020.

Plonsker’s husband, Harvey, was raised in Winnetka by his aunt and uncle, prolific 20thcentury collectors of fine art by Joan Mir., Henry Moore, and Jean Dubuffet, among other prominent names. The couple, who were childhood sweethearts, have always acquired artwork since they married. Plonsker says that before she went off to Mount Holyoke College, Harvey’s aunt shared some choice words. “She told me that if I wanted to fit in with this family, I should take art history classes and that an appreciation for art would always make me happy.” That advice seems to have set Plonsker on the right path, both personally and professionally. 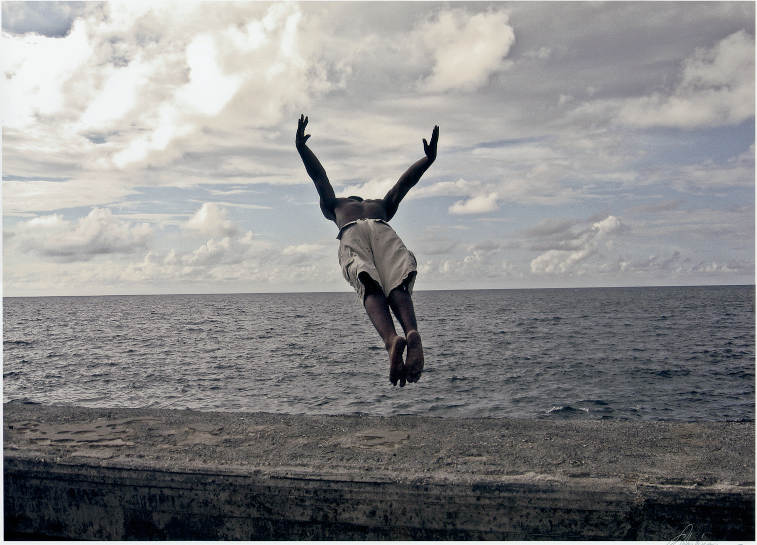 “When we got engaged, my soon-to-be in-laws had sent us to see well-known Chicago dealer, Bud Holland, and he said you’re young, with limited funding, so start with works on paper—and we did.” After gifting their large collection to Williams College Museum of Art two decades ago, the pair became passionate about photography. “In my mind, it was still the same medium of paper so we were not really straying from those original instructions,” remarks Plonsker. Her immersion into the Cuban art scene coincided with the closure of her North Shore storefronts. She took the same savvy that used to send her searching for the latest designers in Paris and Milan and turned to discovering unknown talents in Cuba. “I knew these beautiful works were essentially hidden and needed to be seen by wider audiences, and my husband was extremely supportive of my mission for this next phase of focus for our collection.” 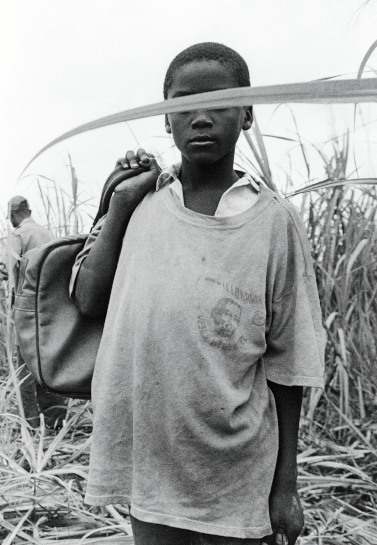 Plonsker became a regular fixture in the Cuban art community. Ambassadors, the Minister of Culture, and other notables had Plonsker on their radar as she made herself an influential connector having facilitated trips for students of the Ravinia Steans Music Institute, and for executives at the Chicago Symphony Orchestra. In 2015, she arranged for a show of the Cuban contemporary photographers represented in her book to be presented at the Robert Mann Gallery in New York City and simultaneously coordinated visas for the artists. Later that same year, Plonsker organized for young Cuban dancers to attend a summer intensive exchange program at the Ruth Page Center for the Arts, and most recently, commissioned a ballet with the Cuban dance company Acosta Danza and underwrote works performed by the Ballet Nacional de Cuba. 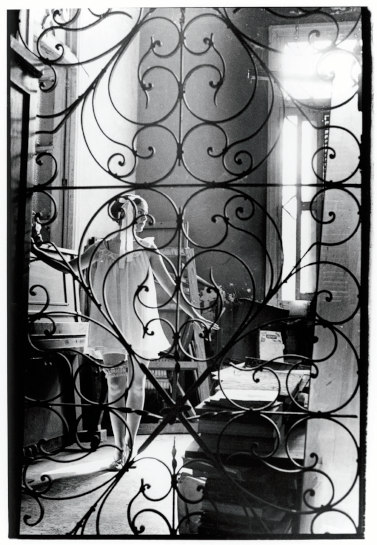 Plonsker’s devotion as a patron is visible in her 250-page bilingual book that was granted special permission for distribution in Cuba. To date, almost 2,500 copies have been sold globally, and she has personally given 500 to Cuban artists working in Havana. It reveals her perspective through a print retrospective of once emerging, and now, with Plonsker’s assistance, established Cuban photographers. This fall the Museum of Fine Arts, Houston (MFAH) will receive Plonsker’s collection. In 2024, there will be a major exhibition and accompanying catalog to recognize and celebrate the myriad of works in their donation. “Many institutions asked but the MFAH seemed the most fitting place due to their commitment and dedication to expanding their holdings in Latin American art.” As for an encore act, Plonsker says that she is not sure, but one of her two sons enjoys art collecting, and just a few weeks ago, her college-age granddaughter asked about borrowing a hat and a pair of jeans that she had eyed in her grandmother’s closet. Like those influential relatives of the past, Plonsker seems to have paved the way for another generation to be equally inspired in their individual pursuits.

For more information and to purchase a copy of the book, The Light in Cuban Eyes: The Madeleine P. Plonsker Collection of Contemporary Cuban Photography, visit thelightincubaneyes.com.