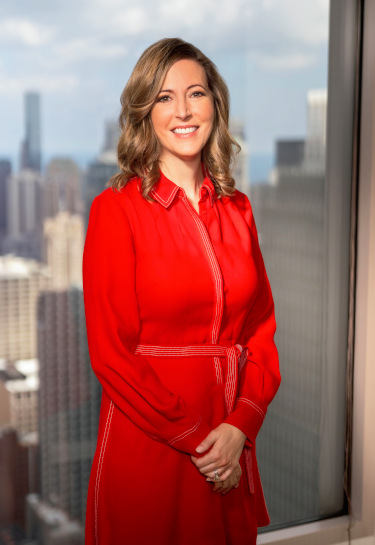 It’s hard not to notice that everyone from Tom Brady to Gucci to the mayor of Miami is obsessed with cryptocurrencies. What is the appeal? And what even is cryptocurrency? Rachel Cannon, a partner at the global law firm of Steptoe & Johnson LLP, counsels clients on regulatory issues surrounding this new form of money and, like a good trial lawyer, speaks to The North Shore Weekend about crypto in plain English.

As Cannon explains, in simple terms, cryptocurrencies are a form of digital money. Bitcoin, created in 2009, was the first cryptocurrency. Since then, numerous others have come into existence. Unlike traditional forms of money, which are tied to a particular country’s central banking system and government, cryptocurrencies exist digitally and are accessed through the internet and stored on the blockchain.

Cannon was first drawn to this new form of money when she saw how it was revolutionizing traditional financial systems. “I used to take the train into the city for work pre-pandemic and would read The Wall Street Journal each morning,” says Cannon. “I remember reading an article in the spring of 2017 about cryptocurrency and found it fascinating. It was incredible to me that a new form of money could come out of nowhere and upend established currencies like the U.S. dollar or euro.”

She remembers calling her parents to tell them about cryptocurrency, and they could barely pronounce the word, let alone understand how it functioned. They, like many, weren’t sure the craze would last. But the cryptocurrency market is now worth more than $3 trillion. “I guess you could say it lasted,” laughs Cannon.

She believes cryptocurrencies are here to stay, explaining that for many, they provide access to financial democracy.

“If you live in a part of the world that doesn’t have a stable financial system, or has a corrupt government, or where inflation is so out of control that you don’t know if one paycheck will even buy a gallon of milk, then you can see the appeal of a digital money system that is not tied to a central bank or particular government,” explains Cannon. “At heart, that’s the global attraction to cryptocurrencies: they provide access to money and financial systems in ways that traditional currencies often cannot.”

Questions around how cryptocurrencies are regulated and who regulates them also appealed to Cannon, since a large part of her legal practice involves interfacing with regulators on behalf of clients. “It’s the Wild West legally,” says Cannon. “It’s fun and challenging. What we’re seeing is that regulators are trying to stuff these new forms of money into old laws, but they don’t always fit. Everyone has had to get creative in figuring out how to police and operate in this space.”

At Steptoe & Johnson, Cannon advises companies and individuals about compliance issues surrounding cryptocurrencies. She also conducts internal investigations for companies that are involved with cryptocurrency and interfaces with enforcement agencies on behalf of companies and individuals facing legal scrutiny by regulators such as the U.S. Department of Justice, the U.S. Securities and Exchange Commission, and the Commodities Futures Trading Commission. She recently helped a global company understand cryptocurrency laws in various jurisdictions around the world so it could begin accepting payment in cryptocurrency at a global level.

Despite many positives, Cannon notes that cryptocurrencies carry their own set of problems. “People do a lot of bad things with crypto,” she says. “It’s often used in ransom, extortion, and money laundering, and there can sometimes be hacking into systems that store cryptocurrencies. We’re now even seeing insider trading actions brought around digital currencies.” But as Cannon points out, people do all those things with regular money, too, so the fault may lie not with cryptocurrencies, but with individuals who make poor choices about how to use them.

Cryptocurrencies have also proven extremely volatile. They don’t have nearly the same stability as traditional currencies and are subject to enormous fluctuations in value. For example, Bitcoin’s exchange rate against the U.S. dollar has frequently jumped or crashed over 20 percent (sometimes nearly 50 percent) in a single day. By contrast, the U.S. dollar-to-euro exchange rate generally has not changed more than 2.5 percent in one day. As Cannon says, you can’t be sure from day-to-day whether one Bitcoin will buy a new car or a toy car.

That can be intimidating. But akin to the way the internet opened up people’s ability to communicate and connect, cryptocurrencies do the same—just financially.

Cannon believes there are also generational reasons why digital currencies will continue to thrive. “Anyone who has children playing video games can understand why digital currencies are becoming mainstream,” she says. “So many video games now exist in the metaverse where people use digital money like Robux. There’s an entire generation of people under 30 for whom the idea of digital money is perfectly normal. They transact in it every time they play a video game. The world has to catch up with the digital reality of our children’s everyday entertainment.”

Cannon also points out that a generation ago, everyone carried cash. Today, it’s almost obsolete. In 100 years, will all currency be digital? Cannon says it’s possible. The Federal Reserve is moving closer to creating a digital dollar, and countries like China have already digitized their own currency.

“Financial institutions are coming around,” says Cannon. “They realize there’s no turning back. Crypto is here, for better or worse.