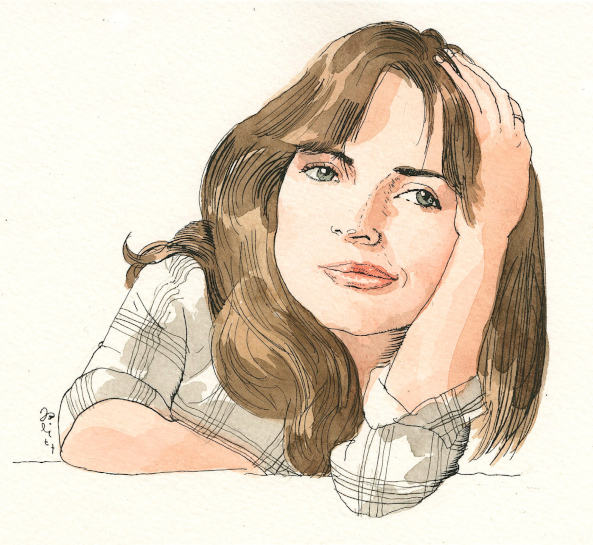 Natalie Pelletier and Maddie McCormick were fifth graders and rookie actors when they appeared together on the Children’s Theatre of Winnetka stage in 2001.

Pelletier portrayed a cheerleader in the musical Good News.

“We first met at a rehearsal,” Pelletier recalls. “We hit it off, immediately. We became best friends.

Both now live in Los Angeles and are still actors, making more than they had pulled down ($0) from 2001-2005 at CTW, a nonprofit, volunteer organization dedicated to promoting theatrical experiences for New Trier Township children, grades 4-8.

And each continues to rah! But it’s no longer an act.

“I cheer for her, and she cheers for me,” Pelletier says. “Her wins are my wins and vice versa.”

Pelletier appeared in four episodes as a casting assistant in the final season of the AMC cable network series Mad Men (2007-2015) and starred in Geo-Disaster (2017), an action sci-fi movie directed by Thunder Levin, the writer of the Sharknado films. Her other credits include roles on the talk show A Little Late with Lilly Singh (2019) and the mystery/thriller A Dark Place (2018).

McCormick portrayed Corey in the 11th season of HBO’s Shameless (2021) and Jen R. in the Hulu miniseries Little Fires Everywhere (2020).

“When auditions weren’t happening at the height of the pandemic, it truly was a blessing to have a friend like Maddie nearby,” Pelletier, a Los Angeles resident since 2013, says. It’s easy to root for the preternaturally positive Pelletier, who, as a kindergartener in Kansas City, Missouri, wanted to become either a waitress or an actor. Servers wearing poodle skirts at Winstead’s Steakburgers, a vintage diner in Kansas City, captivated her.

“I looked at them and thought, ‘How cool. They get to dress up like that for work each day,’” Pelletier says. “It was like they were performing for the diners in a costume. I first gravitated to performing, to acting, in Kansas City. I knew it would be fun to dress up, tell stories, and make people smile and laugh.”

“I told my mother (Sue) that my dream was to either work in a restaurant or act. She told me, ‘Honey, you can do both.’”

The Pelletier family moved to Winnetka when Natalie was a grade-schooler; Sue and her husband, Dale, still live there. Pelletier auditioned for that CTW role in Good News, a musical set in the Roaring Twenties at fictional Tait College.

“That’s such a special organization, supported by an absolutely fantastic community,” Pelletier says of Children’s Theatre of Winnetka. “The shows’ production values are top tier. It was a gift, getting to perform there. I developed my love for rehearsing and creating at CTW. Yes, rehearsing.

“I’d love to go back to my days of rehearsing there.”

Current CTW performers have been rehearsing for weeks ahead of the start of this fall’s production, The SpongeBob Musical, November 17-20.

“I loved that cartoon while growing up,” Pelletier says. “That will be so fun for the actors and audiences. Best of luck to all involved.”

Pelletier entered humongous New Trier Township High School with gobs of confidence, thanks mostly to her tenure at CTW. Drawing rounds of applause at Community House Winnetka as a preteen reduced the daunting experience of navigating NT’s packed hallways to that of a stroll for Pelletier.

“I felt I had established, through a sense of accomplishment after each production, a great foundation during my CTW years,” she says. “I felt comfortable at New Trier.

“Acting had boosted my confidence.”

She continued to perform in theater at NT, sang in two choir groups as a senior, got elected senior class vice president, and earned the equivalent of five-star reviews in most of her classes.

The University of North Carolina-Chapel Hill accepted her, enthusiastically.

“I remember not having a lunch period my senior year at New Trier,” Pelletier says. “Too busy. Too many commitments to the arts. I ate during theater class. I was a kid with an appetite for acting and for life. Living life to the fullest is how I like to live.”

Such an approach made her eschew the pursuit of a Bachelor of Fine Arts at the University of Michigan and embrace the opportunity to major in theater at UNC.

“I enjoyed art history classes at UNC, joined an a cappella group there, and I studied abroad… things I probably wouldn’t have been able to do had I chosen a BFA path,” Pelletier says.

“Living the life of a college student, without the demands of going for such a degree, helped me. Actors portray humans, right? I wanted to be around a variety of humans in my college years.”

Dale Pelletier had urged his daughter to check out UNC’s campus one more time before she had make the BIG decision.

Natalie will be forever grateful for that nudge.

“I took a tour of the UNC theater department and saw a sign near the stage,” she recalls. “It said, ‘Act Like A Champion Today.’ My dad went to Notre Dame, where there’s a sign, ‘Play Like A Champion Today’ (located overhead in the tunnel leading out to the football field in South Bend).

A Rocket Mortgage commercial features Pelletier. She also co-wrote a rom-com movie script with Katherine Hughes. It’s about a woman becoming a sommelier.

“It’s based on a trip I took to Italy in 2019,” Pelletier says. “We’ve taken the script to meetings, hoping to find a home for it. There’s a resurgence in rom coms.

“I’m at an exciting point in my career,” she adds. “There’s a saying in Hollywood—‘It takes 10 years to become an overnight success.’ Well, I’m in my ninth year in L.A. I’m not what you would call a ‘name’ yet, but I’m busier than ever and I haven’t lost my optimism.”

What she found to be ridiculous, upon arriving in L.A.: allegedly helpful words.

“I was told to pick a lane, to be either an actor or a writer,” Pelletier says. “You know what? You don’t have to pick a lane out here. Look at what Mindy Kaling is doing. Do things that fulfill you.

“I love working in a number of lanes.”

Children’s Theatre of Winnetka stages its productions at Community House Winnetka, 620 Lincoln Avenue, in Winnetka. The SpongeBob Musical—to be performed a combined six times by two casts (Krabby and Patty)—runs November 17 to 20. Call 847-446-0537 or visit childrenstheatrewinnetka.com for more information about CTW and the times of the musical’s performances.