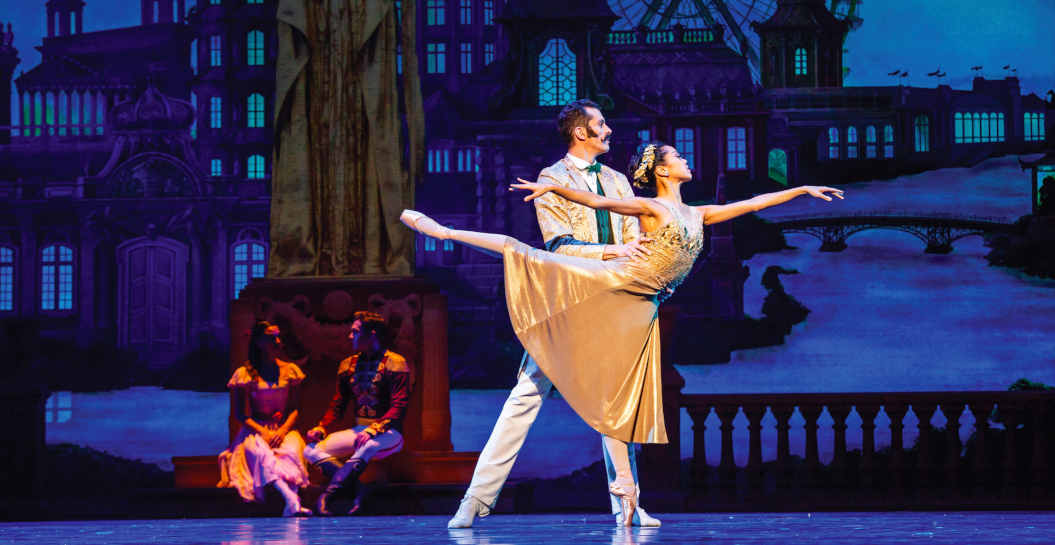 Set in Chicago’s World’s Fair in 1893, Wheeldon’s The Nutcracker highlights the rich cultural heritage of Chicago and the wonder of the season.

When the Chicago-themed version debuted in 2018, on the 125th anniversary of the Chicago World’s Fair, Mary B. Galvin Artistic Director Ashely Wheater said it was one of her proudest moments to create this original interpretation with Wheeldon.

“Now, six years since its debut, the holiday magic of the Joffrey’s version of The Nutcracker is perhaps more poignant than ever, a story of family and adventure,” she says. “But more than anything, it is an homage to a city we cherish so much, and we look forward to celebrating another incomparable holiday season in Chicago once more.”

A ballet in two acts, The Nutcracker opens in Chicago on Christmas Eve, 1892, mere months before the opening of the 1893 World’s Fair—a marvel unlike anything the city has ever seen.

“I have many fond memories of watching The Nutcracker throughout my life, and even now, dozens upon dozens of viewings later,” Greg Cameron, President and CEO, added. “What I love most is that no matter how many times I see it, the spectacle and sheer wonderment still feels new. The Nutcracker has a way of reaching people, and we are most proud and fortunate that the Joffrey’s version continues to be a point of pride and joy for Chicagoans year after year.”

Wheeldon’s American tale relocates Marie and her immigrant family to the Chicago World’s Fair in 1893, and opens as young Marie and her mother, a sculptress creating the Fair’s iconic Statue of the Republic, host a festive Christmas Eve celebration. After a surprise visit from the creator of the Fair, the mysterious Great Impresario, Marie embarks on a whirlwind adventure with the Nutcracker Prince through a dreamlike World’s Fair.

The Nutcracker runs through December 27 at the Lyric Opera House, 20 North Upper Wacker Drive in Chicago. Single tickets start at $36 and are available for purchase online at joffrey.org/nutcracker, by telephone at 312-386-8905, or at Lyric Opera Box Office.