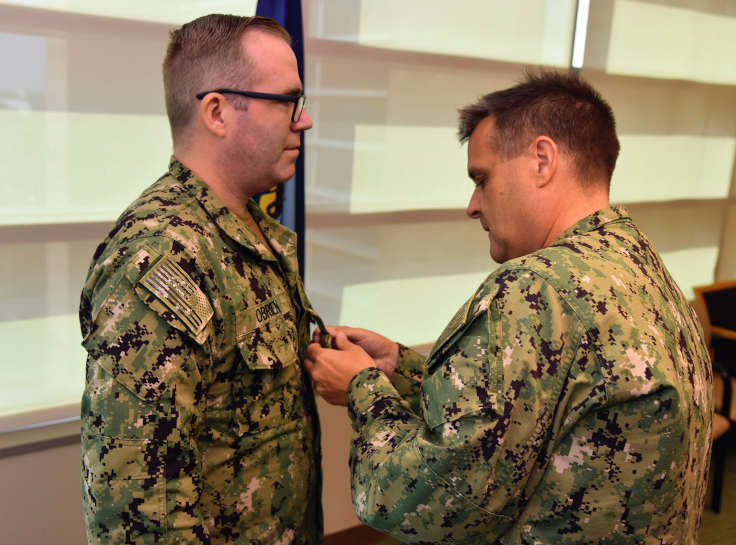 Lake Forest native Brendan O’Brien, a trauma surgeon assigned to the Combat Casualty Care and Operational Medicine Directorate, Naval Medical Research Unit (NAMRU) San Antonio, was recently promoted to the rank of Commander in the U.S. Navy in a ceremony held at the Battlefield Health and Trauma Research Institute in San Antonio.

NAMRU San Antonio is one of the leading research and development laboratories for the U.S. Navy under the Department of Defense and is one of eight subordinate research commands in the global network of laboratories operating under the Naval Medical Research Center in Silver Spring, Maryland.

Its mission is to conduct gap-driven combat casualty care, craniofacial, and directed energy research to improve survival, operational readiness, and safety of DOD personnel engaged in routine and expeditionary operations.