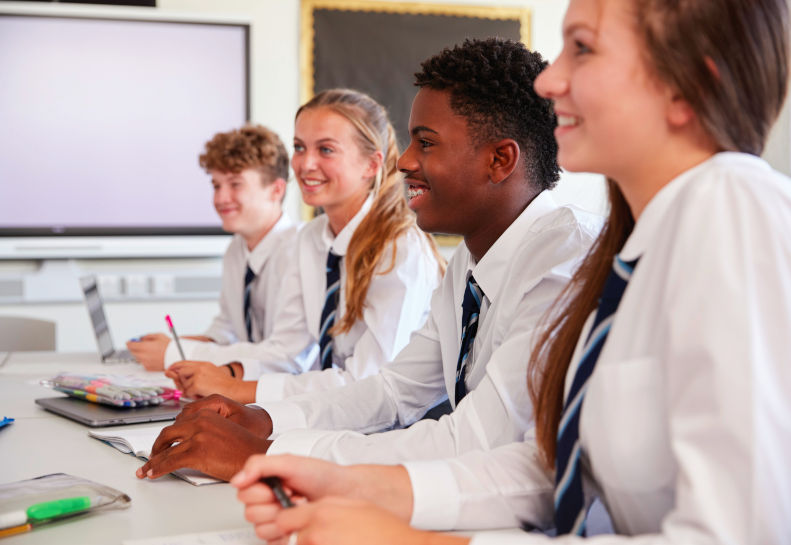 When it comes to academic accolades and awards, North Shore schools are second to none. But what those test scores and national rankings often fail to measure is the value of social and emotional learning—and that’s where our local private institutions are raising the bar.

“Much more important than the content learned in class is that students come out of school knowing how to work hard, think rigorously, and build all their intellectual muscles,” says Niall Fagan, Headmaster of Northridge Preparatory School in Niles. “You have to step back to, ‘What’s the big picture of what we’re trying to do for students?’”

Like many of his North Shore private school counterparts, Fagan has dedicated resources to close those gaps, including programs designed to increase communication among students and with faculty and parents.

He says Northridge has measures in place to help students who may be struggling— pairing them with a one-on-one mentor from the faculty—while also empowering them to be independent.

“If you think about the emotional resilience that you want any student to have as an adult, one of the challenges is we try to shield our children from age-appropriate hardship, and that’s a shame,” Fagan says. “It’s OK to lose. It’s OK not to win a competition, and it’s OK to get a bad grade. Students might end up doing better if their hands weren’t held 24/7.” 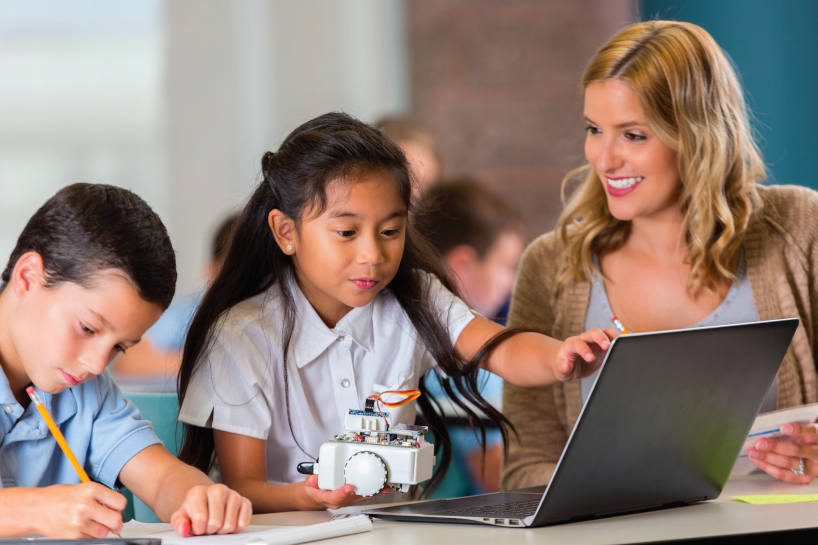 Fusion Academy in Lake Forest employs a unique teaching model with a student teacher ratio of 1:1. Students get one-on-one attention for every class, which helps students stay on track both academically and emotionally.

“The student-to-teacher relationship is essential, but we also have other avenues in place as well. Within the ecosystem of our school, we have something called Homework Cafés,” says Fusion’s Head of School Mark Ostap. “The goal is for them to do their homework while they’re still here at school, so they don’t bring homework home with them.”

The Homework Cafés are staffed so students have support when they have questions or need assistance. It aligns with Fusion’s mission to love, motivate, and teach. Ostap says love is at the center.

“Love is at the bottom of the triangle because we believe that it’s the foundation of everything that we do. We start at Fusion by building relationships,” says Ostap. “Then once we have those relationships, we’re able to motivate students, and once those two things are accomplished, we’re able to teach them.”

Alex Sheridan, Director of Enrollment, Marketing, and Financial Aid at Lake Forest Country Day School (LFCDS), says it’s important to focus on the whole child, and a purely academic record might not tell the whole story. 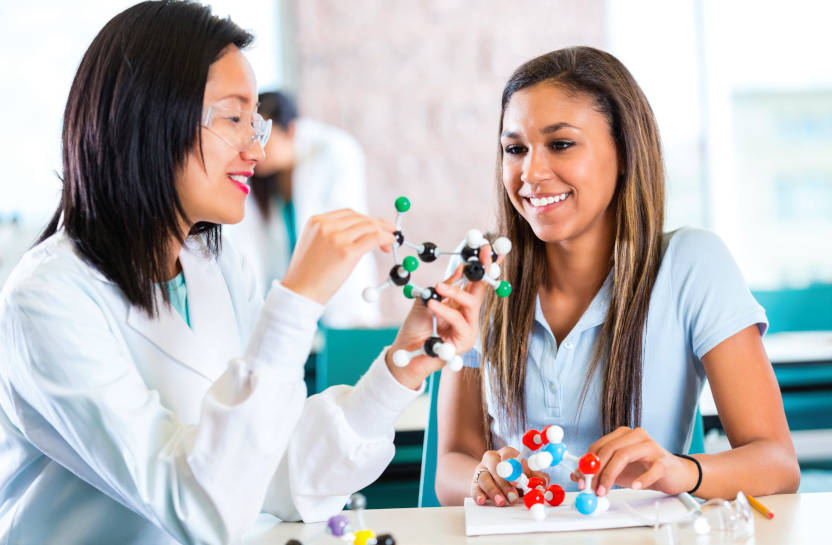 “An 80 for one student might be a stronger indicator of how a student is progressing than a 98 for another student,” Sheridan says. “I would say a school that is only evaluating students based on their grades and deliverables like homework assignments or quizzes or tests, those schools are missing the mark because there’s way more to a student’s growth and development and successes and struggles than a letter or number grade they received.”

Sheridan says it’s important for students to have support outside the classroom. At LFCDS’ upper school, each student has an academic advisor who is their point person to go to for whatever they might need.

“When you have one teacher who’s managing not just the academic experience but the social experience, it’s like we are flying at a very low altitude above our students,” says Sheridan. “We have a very detailed understanding of who they are and what their day-to-day looks like.”

Like other administrators, Rocco Gargiulo, Principal of Woodlands Academy of the Sacred Heart in Lake Forest, says the school experience is about preparing students for life. 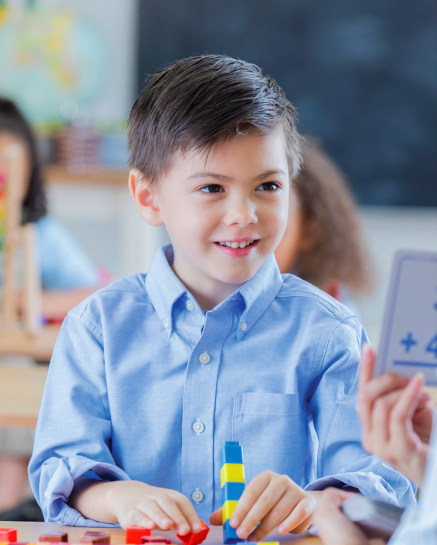 “What we’re doing is modeling for our students that learning isn’t just for a grade, that it’s that lifelong love of learning that we want our students to have well beyond their years and formal education,” Gargiulo says.

Woodlands takes an individualized student approach where every student is known, valued, and cared for and that encompasses both the academics and the social aspect of school.

“Our teachers know what makes a student tick and genuinely cares for the success of each child,” Gargiulo adds. “We have the supports in place that when a student needs extra help that happens immediately, so no student ever feels lost or not successful in her academic pursuits.”

Kathy Thompson, Principal of the School of St. Mary in Lake Forest, says her school recently implement a program—called R.E.S.P.E.C.T.— designed to engage with students around emotional and social issues. 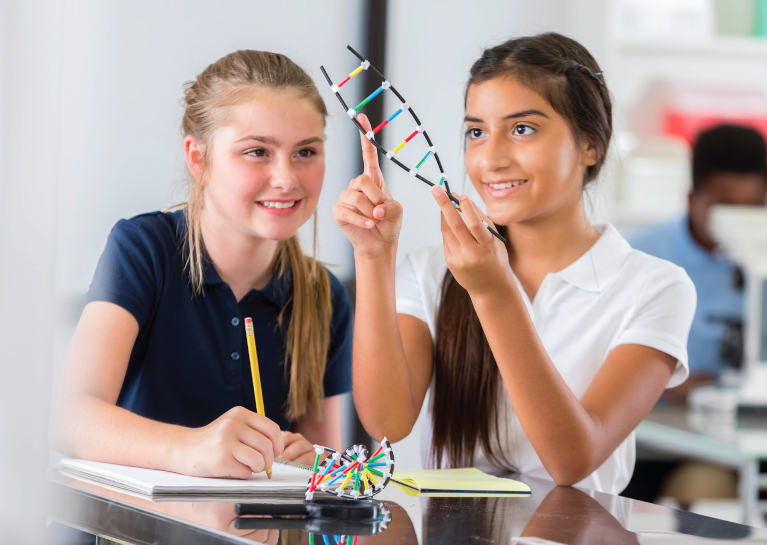 “Faculty went around and looked at social/emotional programs that we could purchase for the school and none of them really fit our needs,” Thompson says. “Because we are a Catholic school, being respectful to one another is important and acting the way Christ would act towards each other.”

Each letter in the word “respect” has a different social and emotional component to it. Every month there’s a different letter and the students gather in small groups with an adult from the school to explain to them what it means. Most recently the students focused on empathy.

“They read it in their vocabulary books, but they have to live it and role play it and see it in action to understand it,” Thompson says. “It’s a huge space for creativity and connecting the dots for the kids. But the bottom line is we’re encouraging them to talk and express themselves.”

Thompson emphasizes that the R.E.S.P.E.C.T. program is home grown. Teachers identified a need in the students’ lives and a way to fulfill it and make the students feel better and supported.

A new initiative this year at the School of Saints Faith Hope & Charity (FHC) in Winnetka will bring in special experts throughout the year to speak to parents and students about pertinent topics, such as the impact of social media on mental health, (for parents) how to recognize when their child has anxiety, and how to prevent bullying. 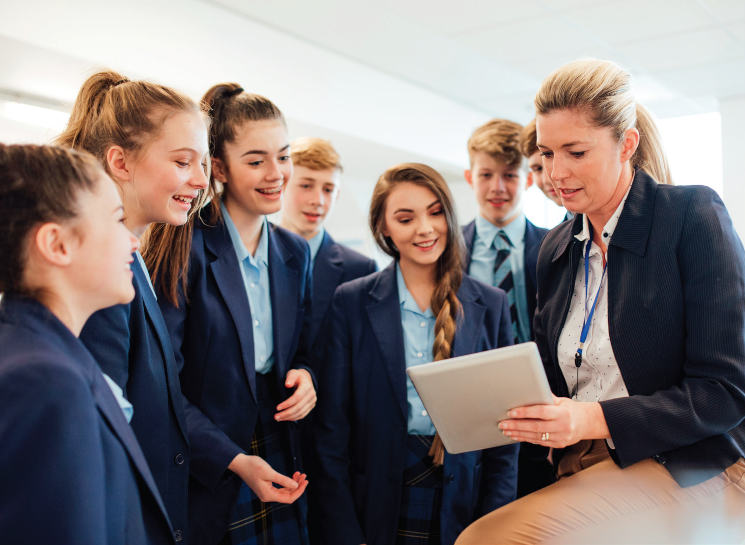 “We are setting up what I would describe as a series of relevant topics for our students and the parents of our students related to many of the challenges that we’re experiencing,” says Tom Meagher, FHC’s Principal. “It’s a challenging time for middle schoolers and even 4th and 5th graders but, I’m seeing a lot of smiling faces.”

Meagher says the school recently sent to parents an academic progress report that shows that FHC students are testing well against national percentiles.

“We’re very proud of that and we think part of that is related to the fact that they have been in school during the last two years,” he says.

Margaret Webb, Principal of Sacred Heart School (SHS) in Winnetka, says when a child comes into her school and a specific need is identified, the school has people in place to support them.

“Depending on the need, it might be a small group reading or a one-on-one session if it’s a dyslexic child, and they’ll get one-on-one dyslexia services,” Webb says. “We can pull them out of class based on the child’s need.”

She adds that since SHS is a private school it is not required to provide the services but because kids have different learning needs it’s the right thing to do for the student population as a whole.

“I’ve been doing this for 40 years and am very dedicated to the Catholic system, which has always filled a need in education,” Webb says. “We take kids where they are, and we work with them, and we’ve typically had a high bar as far as academics goes. But it’s not just academics. We educate the hearts and the minds of the children, so we’re forming that moral compass in these kids so that socially they know right from wrong.”

Tom Flemma, Head of School at North Shore Country Day School in Winnetka, says the school’s priority is providing a safe environment where children can learn, both academically and emotionally.

“We know that a key prerequisite for kids to learn at any age is for them to feel safe, to feel that they belong,” Flemma says. “I’m not talking just about physical safety, though we spend massive amounts of time on that topic, but emotional safety.”

The school also offers a wide variety of affinity groups, programming, and lessons that emphasize inclusion and empathy, and an academic curriculum that includes a broad array of voices and topics, ensuring that every student feels that they belong. It’s also about knowing the students.

“When I say that kids are known here, I don’t mean that we know their name. That’s accomplished in the first two days,” he says. “We truly know them as students and people—what they can do, where they need to grow, how best to get them where they want to be–and we use that knowledge to push them academically and personally to success.”