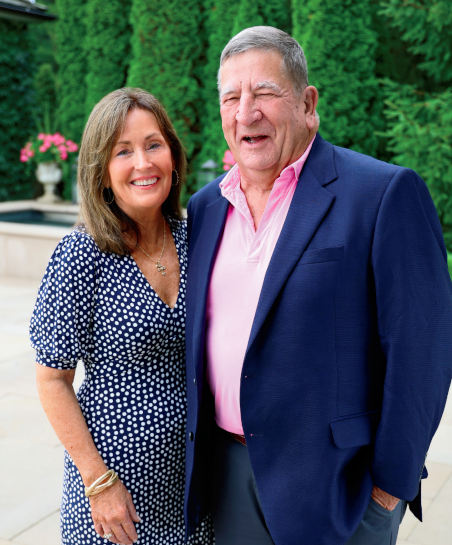 For the man who built the Wintrust Bank empire, Ed Wehmer is remarkably unassuming. For sure, the former rugby player knows how to compete in the dog-eat-dog world of banking, but he doesn’t wear it on his sleeve. The Lake Forest resident would much rather talk about his North Shore roots and his family than the fact that Wintrust is the second largest bank headquartered in Illinois.

Words like “lucky” and “fortunate” are sprinkled in the language he uses to describe his banking career.

The center cites Wehmer’s commitment to the community by serving on many nonprofit boards, and that his involvement in the community ensures that children and adults alike are healthy, both physically and financially.

Wehmer’s is a classic North Shore story. He grew up in Kenilworth and attended Faith, Hope, and Charity School in Winnetka and Loyola Academy in Wilmette before heading off to Georgetown University in Washington, DC to study accounting.

While at Georgetown, he decided to study finance in addition to accounting and that decision would ultimately lead to his now 30-year career in banking and steering the ship that is now Wintrust.

“A friend one mine, we were in my room one day, and he figured out how we could get two degrees for the price of one,” Wehmer says. “I thought, ‘That’s a good idea’. So, I took five more classes and one Summer School class and got a degree in accounting and in finance. I got two diplomas; pretty cool.”

After Georgetown, Wehmer got his CPA and ended up at Ernst & Ernst (Ernst & Young today) and worked with manufacturing, distribution, and insurance clients, but he gravited toward banking, spending time with tax staff and auditors.

“It was right when Illinois changed its laws and bank mergers started happening in mass,” Wehmer says. “I had a mentor who said, ‘Ed, go figure out how to merge banks’ and I said, ‘Well, OK’. I ended up running the acquisition area at Ernst for two years.” 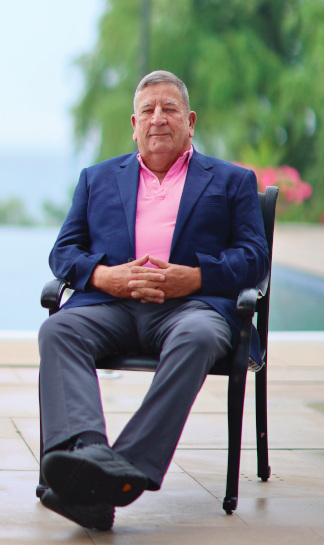 After working for several banks as CFO and helping them acquire other banks, Wehmer decided to strike out on his own in 1991, and what would eventually become Wintrust was born.

“I figured out how to start a bank and took a big cut in pay and rented an old building in Lake Forest, showed up for work and didn’t have anywhere to sit or a phone,” he says. “I got one of those mobile phones that was as big as a boot and sat in Market Square to make calls and get going.”

He acquired Lake Forest Bank and Trust the day after Labor Day in 1991 and by December had 11 employees. He reopened its door in Lake Forest two days after Christmas and has never looked back. In subsequent years he would go on to open banks in Hinsdale, Wilmette, and Libertyville.

“In ’96, I ran out of friends and neighbors and family to raise money from. We were growing so fast I was always out raising capital,” Wehmer says. “I gained like forty pounds—two breakfasts, two lunches, two dinners. It was wild.”

Eventually, the banks were put into a holding company and consolidated under the Wintrust name, although the individual banks retain their community identities. Wehmer says the rapid growth of the company is due to its focus on serving communities, something that was lost during the frenzy of bank mergers that have occurred the past three decades.

“All the great community banks were bought by the big banks, and people were really upset with the fact that they were getting commoditized, and the banks weren’t providing the services they once did,” he says. “So, we used a model based on the community banks of the past.”

Wintrust now comprises 15 chartered banks with 180 locations that span from Milwaukee to Northwest Indiana, all branded by the names of the towns in which they are located. It’s a $52 billion organization with around $40 billion in assets under management.

“We still provide that good, high-touch, high-tech service. Better products, better delivery systems, kill them with service,” Wehmer says. “You’ve got to think small. As soon as you think big you lose that common touch.”

Wintrust remains committed to the communities in which it operates. Of the 15 banks that make up the company, 14 have outstanding Community Reinvestment Act ratings, a designation only three percent of banks in the U.S. achieve. It has won the JD Power Award for customer service multiple times, as well as the Better Business Bureau Torch Award for Ethics.

“It’s the shareholders, the customers, the communities we serve, and our employees; those are our four pillars,” he says. “The idea was as we built out the company with our employees to keep decisions as close to the customer as possible, and people have to be involved in the town where they live and work.”

Wehmer has six children raging in ages now from 28 to 42. They were a major reason he decided to start the company in Lake Forest. He wanted to spend more time with his kids.

“I was downtown working all the time and never got to see the kids, working 12-hour days and Saturdays and I said, ‘Well that stinks’,” he says. “I could see the kids more, and sure enough, the banker in town got to coach the kids in basketball, football, you name it.”

Wehmer also says Lake Forest was the perfect place to raise a family.

“It’s a great place to raise our kids. When we got married, we had a condo in Old Town then we moved to Northfield for seven years and then in 1980 we built a house in the Ponds of Lake Forest and love it up here,” Wehmer says. “It’s just such a great community and has a great Midwestern feel. I pinch myself every day, how lucky we are.”

The Local Legends event will take place on Friday, October 21, at 6:30 p.m. at the History Center of Lake Forest-Lake Bluff, 509 E. Deerpath in Lake Forest.