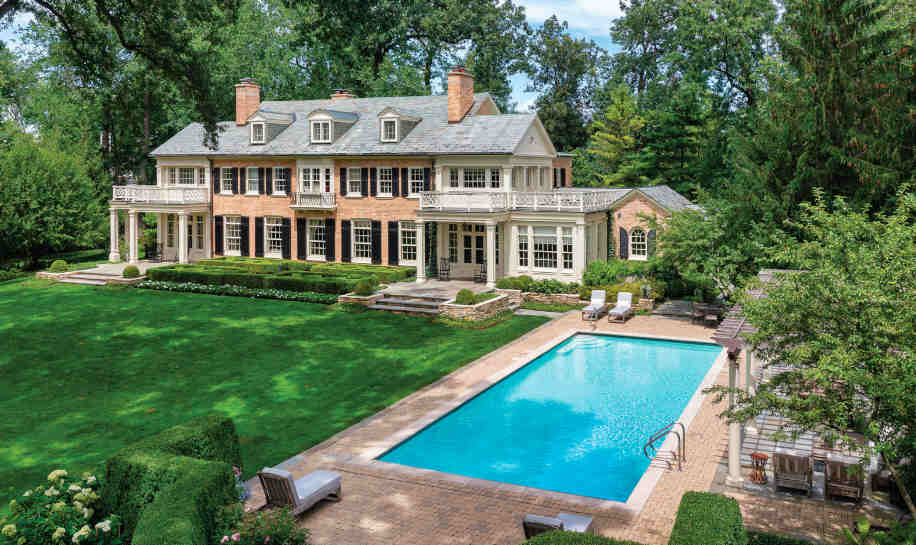 While real estate brokers around the nation keep a sharp eye on the Fed and its handling of interest rates, one area of the real estate market that has not been heavily impacted is the upper end of the price bracket.

Jena Radnay, a luxury broker with @properties in Winnetka, says that as recently as 2019, a buyer could look at six or eight houses in the luxury market at any given time. When COVID-19 hit in March 2020, people started realizing they wanted more room in their house and they valued their property differently.

“That’s when people started buying even more luxury. People thought if they were going to be stuck in their houses, they might as well have more space,” Radnay says. “Where we are today is we have literally no inventory of luxury. It’s very limited and when it comes on the market, it’s picked up right away.”

To increase inventory, sellers are needed, and that’s the other side of the coin.

Luxury homeowners who might have thought about downsizing sometime over the past few years have stayed put because they like the extra space that buyers are craving.

It’s a residential catch-22 and seems a far cry from the state of the luxury market in the buildup to 2020, which included many large estates built decades ago lingering on the market. 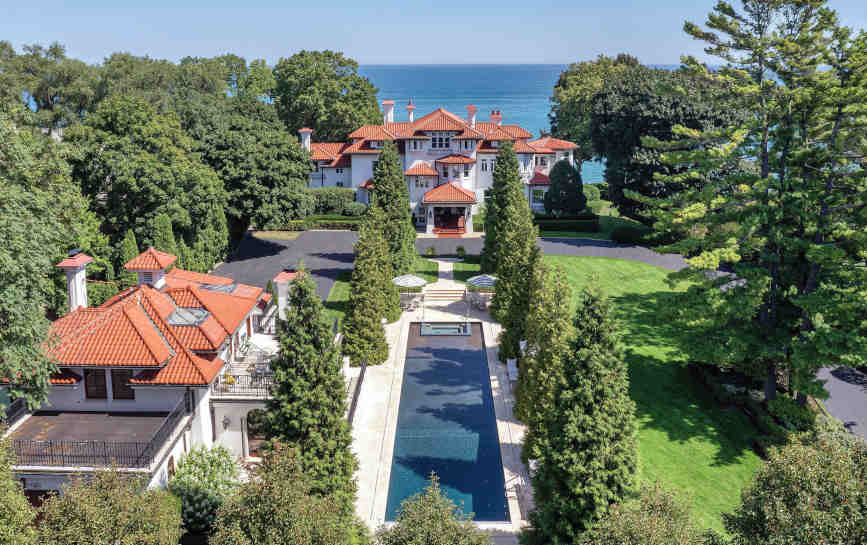 “Houses that are old and big can be intimidating,” says Radnay. “Some of them have long market times and can impact the long-term luxury market.”

On the upside, Radnay says most of those old, large houses have been purchased and are going through renovations, a number of them on Woodley Road and Indian Hill Road in Winnetka, an area in which Radnay is intimately familiar. She says that’s a good sign for the future.

As far as the state of the luxury market for the rest of this year, Radnay says she doesn’t see the inventory situation improving, although lately she’s been on a bit of a hot streak.

“I think it’s going to be limited inventory. Today, I put on a house for $15 million and tomorrow I’m putting on a house for $8 million, so I’m going to have a handful of really incredible luxury listings,” she says. “But there’s not many options. I just kind of got lucky with these.”

Highland Park @properties broker Cory Albiani, says that while the frenzied market of the past few years has levelled off, he agrees with Radnay that demand in the luxury space will stay strong. 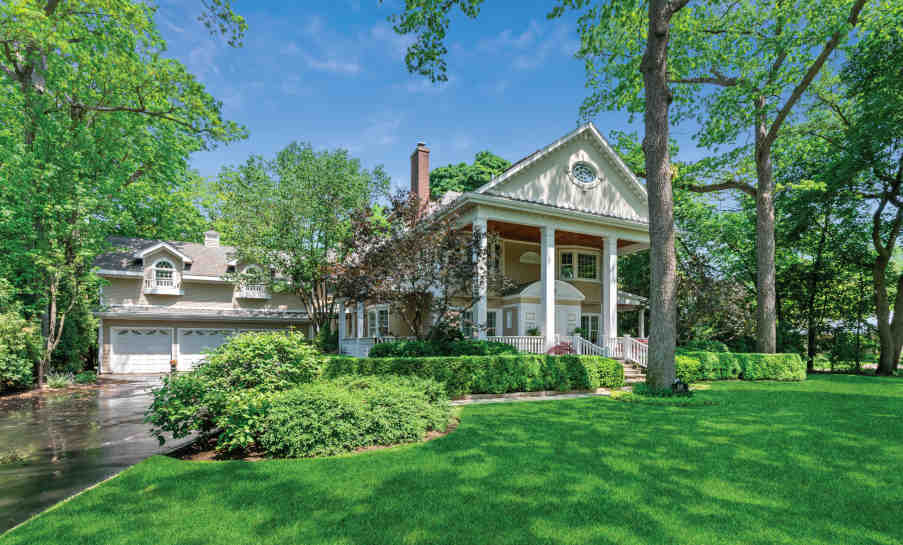 Cory Albiani of @properties recently sold this luxury property at 439 Moraine Road in east Highland Park on the Ravine.

“Although we are returning to a more stable, normalized market, there is still plenty of demand,” Albiani says. “Compared to the suburbs, I am seeing less demand for Chicago homes in the lower to mid-price points. I also have multiple high-end buyers who missed out, waiting for the right property to come online. So, demand is there, with variations on location and price point.”

Albiani says the initial shock of higher interest rates might give some buyers pause, and those determined to purchase a home are still looking but with a more cautious eye.

“I am seeing a good mix of cash and financing for luxury properties. It’s interesting because cash is a major tool to win out in bidding wars, but due to rising rates and seasonality, multiple offer situations have dropped off,” he says. “With such high rates, luxury buyers may still choose an all-cash option as it may be the most cost-effective.”

Spencer Terry, a broker with Terry Residential Group and Coldwell Banker Realty in Glencoe, says the Chicago area as a whole is seasonal and typically experiences a bit of a dip in the fourth quarter, regardless of interest rates. Though with limited inventory, he believes home demand and home prices in the luxury market will endure.

“There are plenty of buyers waiting in the wings for the right house to hit the market, particularly those who lost out due to bidding wars. This may be a good time to get back into the game with less competition.” Terry says, adding that he expects market times to increase slightly, and that homes that are not priced correctly or are not properly prepared for the market may struggle more than they might have a few months ago.

“The properties that are move-in ready and priced fairly at all price points are still selling quickly and after multiple offers,” he adds. “The properties that are not move-in ready and perhaps priced too high are sitting, forcing price reductions. Fundamentally, the market is still strong with a lack of inventory. The market is normalizing after coming off two years of unprecedented activity.”

Rising interest rates haven’t yet impacted the majority of luxury buyers, who are paying cash, Terry says. He believes the luxury market will remain strong through the rest of the year.

“The luxury market shows no signs of slowing down, and it should continue to be strong as buyers in this category pay cash and are generally immune from interest rate hikes with the exception of the effect on the stock market,” says Jamie Roth, a broker with Engel & Völkers in Highland Park. “However, most of these buyers are sophisticated investors and know how to navigate the financial markets.”

Jena Radnay says from its early days the North Shore has been a luxury market. It’s combination of being on or near the water and close to the big city will always be a draw.

“The North Shore is a luxury market that defines itself. Historically, it’s the go-to place for people who have money—The Wrigley Estate, the Granger Estate—big money always came to the Shore. That’s what it was notorious for, and that’s why it’s still here. It’s called the lake effect.”