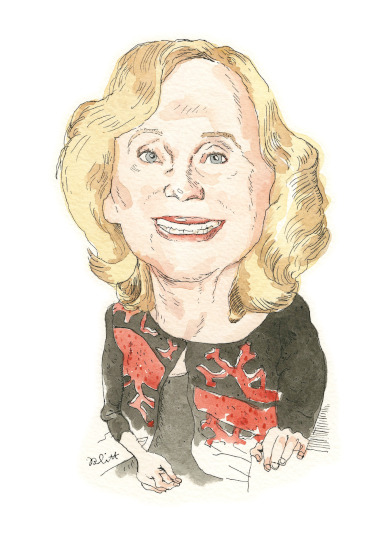 Some children nestle all snug in their beds while visions of sugarplums dance in their heads. A young Steven Honigberg envisioned nothing of the sort while growing up in Highland Park decades ago.

His ears were too busy taking in the glorious music generated by his concert pianist mother, Carol Honigberg.

“She liked to practice at home in our living room, sometimes from 9-10 p.m., sometimes until 11,” recalls Steven, 60. “Such beautiful sounds, deep and thoughtful. It was a wonderful way to fall asleep.

“What I also remember about those nights was the seriousness with which she played, as well as her sense of purpose. My mom was a doer.”

Longtime Pilgrim Chamber Players President James Stone also was feted before an audience of about 100.

“Someone approached me all those years ago and said, ‘We’re forming this. Play for us,’” says Honigberg, a mother of four and the 2009 recipient of the Highland Park Mayor’s Award for the Arts. “So, I did. And I kept it going as artistic director.”

Her successor is the first chair, cellist, at the National Symphony Orchestra in Washington, D.C., and he happens to be none other than the former tyke who got treated to all those in-house “concerts” before reaching the REM sleep cycle.

“I hope to continue the legacy my mother started,” says Steven, whose daughter Lily, a Californian, performed Irish fiddle music with Katie Gennen at the Summer Music Benefit.

The Pilgrim Chamber Players’ home venue is the Highland Park Community House. Most of the musicians hail from either Chicago or a surrounding town. COVID-19 temporarily silenced the local gem, and both Carol and Steve noticed chamber music lovers appreciated the Players’ offerings—masterpieces, really—more than ever when the concerts (five per year) returned recently.

Who wouldn’t want the opportunity to escape the chaos of now for 90 minutes to experience something soothing, something moving, something transformative?

The daughter of the late Dr. Abraham and Sarah Schultz (who attended the University of Chicago and lived to 98 years old), Carol grew up for a spell in Harvard, Massachusetts, where she learned to play the piano on a spinet at the age of six.

“Our surroundings in Massachusetts were blissful,” Honigberg says.

The Schultz family moved to Oak Park and Carol attended Oak Park and River Forest High School. Carol continued to tickle the ivories in Ernest Hemingway’s birthplace. She vividly remembers performing a composition by Johannes Brahms at a recital with her proud father in attendance.

Carol married Joel Honigberg (1926-2017)—a U.S. Navy radar specialist, Chicago businessman, and patron of the arts—when she was 18 and started to win a string of piano competitions shorty thereafter. She later taught piano at Roosevelt University of Chicago.

“I had some wonderful piano teachers (notably Rudolph Ganz, early on),” she says. “Rudolph was kind and a great musician. During the last few years of his life, when I was playing programs in Europe, I’d go to his apartment and play for him.”

Carol and Joel, fluent in French, lived in Paris for a year. In the City of Light, once a week, Carol sharpened her burgeoning talent at the fingertips of Marguerite Marie-Charlotte Long, a French pianist, pedagogue, lecturer, and an ambassador of French music.

Carol’s favorite pianist is the late Artur Rubinstein, a Polish-American musician who’s considered one of the greatest pianists of all time, according to Limelight Magazine. Nobody, many claimed, could interpret Chopin as well as Rubinstein could.

Mr. and Mrs. Honigberg moved to Highland Park in 1960. Their other three children are Janice, Bob, and Diane. Steven, third oldest, attended Highland Park High School for three years and earned his GED in another state.

TJS was next for him.

The Juilliard School, in New York. Mom accompanied her son to the cellist’s audition there in 1979 and did more than a few double takes after she’d entered the waiting room.

“I looked around the room and I think I saw at least one famous musician in every corner,” Carol Honigberg says.

After his Juilliard School training (1979-1984), Steven joined the National Symphony Orchestra in Washington, D.C., at the age of 22. He served as chamber series director at the United States Holocaust Memorial Museum from 1994-2002 and later spent five years writing his first book, Leonard Rose: America’s Golden Age and Its First Cellist (published by Beckham Publications, 2010).

Steven took a class taught by Rose in Rose’s final year at Juilliard. Among Rose’s other famous pupils were Yo-Yo Ma, Lynn Harrell, and Ronald Leonard.

The Pilgrim Chamber Players are in good hands with Steven Honigberg, only the second artistic director since 1997.

But don’t think for a nanosecond that the new gig will take time away from his commitment to honing his craft as a cellist.

He’s a musician’s musician, after all. Has been for quite some time.

For more information about the Pilgrim Chamber Players, visit pilmgrimplayers.org. They present five varied concerts per season at the Highland Park Community House, 1991 Sheridan Road, in Highland Park. They are dedicated to delighting and enlightening their audiences through superb performances and programming. The Pilgrim Chamber Players also continue to provide excellent outreach chamber music programs for young children and groups of senior citizens.