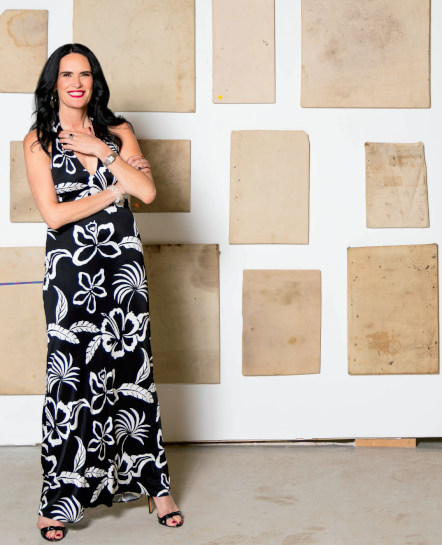 The path that Jennifer Armetta, Owner and Director of Chicago’s ENGAGE Projects, took to becoming a gallerist was hardly direct. There were twists and turns, personal and professional, that she credits with leading to her most recent role. “Most of my family members were in the medical field,” shares Armetta, “and, since I always liked the sciences, I just sort of assumed that is where I would end up.” In her hometown of Minneapolis, however, a friend had a job at a local gallery and Armetta visited frequently. “That was really the start of my exposure to art and artists and my interest in the subject.” As an undergraduate at Boston University, she majored in art history. “I was hooked from my very first class, the Impressionists, Expressionists, and so on,” recalls Armetta. “Matisse was my favorite artist back then.” In the early 1990s, after completing her degree and with one of her two sisters enrolled at Northwestern University, Armetta decided to relocate to Chicago. She wanted the city life and, having grown up in the Midwest, felt the location and size would be a perfect fit. “I was fortunate from the start to meet a number of influential people in the art world, both in galleries and museums, and to foster relationships with a couple of wonderful mentors.”

After her move Armetta required a practical pivot for more financial stability, so she took a position as a pharmaceutical sales representative. “How to build a rapport with people, develop a sense of trust, obtain presentation skills, and think quickly on your feet—I acquired it all there,” she says, “and I use each and every one of those lessons in my business today.”

While being careful not to stray too far from her love of the arts, she continued work on the side as an art consultant and artist advocate. In 2004, she helped found what was then called Verge, now known as Emerge, consisting of a group of collectors, curators, and art dealers seeking to bring more emerging artists into the permanent collection at the Museum of Contemporary Art Chicago. Armetta is still a member and has served as Programming Chair on the Executive Committee. A few family-related moves between Los Angeles and Chicago’s North Shore offered yet another opportunity for a professional shift. Armetta joined an integrative marketing firm managing prominent national sponsorship events, including

“Ferrari Fantasia” on Oak Street and a polo match at the Oak Brook Polo Club with Prince Charles. During this time she also established her first gallery, Jennifer Armetta Fine Art, which focused on highlighting artists primarily from Minnesota and had considerable exposure on the coasts but not in Chicago. It was more recently during a visit to what was previously Aspect/Ratio Gallery, which focused mainly on video and performance art, that Armetta found herself finally ready to pursue her passion with full force. “The director was a long-time friend of mine, and when I stopped in one evening, he told me of plans to soon close. I called the very next day with a proposed agenda, and the rest, as they say, is history.” 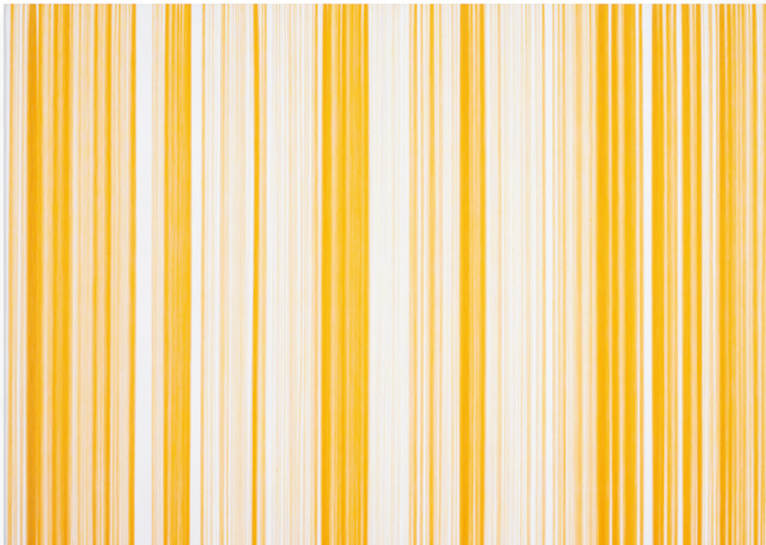 Armetta’s past had prepared her with the confidence to design a business and mission, the capacity to stage large-scale and collaborative exhibitions, and to be the “connector,” as she terms it, that she had long desired to be in the art arena. “I’m not interested in working with artists who don’t want to work with us, and that does not come from a place of ego, it is simply vitally important that we are in a partnership.” With a roster of emerging and mid-career artists, Armetta categorizes much of their creative content as conceptual art.

“What that essentially means to me is the idea is greater than the gesture, the work is complicated yet beautiful, both literally and figuratively,” she explains. “I chose the name ENGAGE Projects because I wanted a verb, an invitation to interact with me and with artists, to emphasize participation rather than passivity. Even if people don’t want to buy, I want them to know a walk-in for a tour or conversation is always welcomed.”

ENGAGE’s Summer 2022 shows sparked conversation by challenging the gallery’s patrons to consider the human cost of outsourcing labor and the power of text. An exhibition entitled The Residue of Labor featured works by Minnesota artist Chris Larson, who was inspired by objects found in an abandoned garment factory in rural Tennessee. The windowless factory yielded elements like time cards, old sewing machines, and zippers that Larson repurposed into paintings, sculptures, and videos. The exhibition’s largest work Thread Room, an immersive experience for the viewer, was created from some of the 50,000 spools of thread found in the factory; thread 700 workers had once used to sew clothing for high-end clients like Ralph Lauren and Burberry before their jobs were outsourced elsewhere.

Seeing Thoughts Through, a show described by the Chicago Tribune as “playful, improvisational, and inspiring” was the inaugural exhibition of Alberto Aguilar, a Chicago-born artist and educator at the School of the Art Institute of Chicago. Aguilar used the common graphics of commercial signs for an uncommon purpose: promoting dissent rather than BOGO sales.

Armetta maintains a smaller permanent location for staff and a schedule of changing shows, along with a number of bigger off-site locations throughout Chicago and the rest of the country. The goal is to reach wider audiences, form deeper relationships, and respond to neighborhoods looking for art enrichment. “I think artists are incredibly brave, offering very personal work that they then put out for the world to view and judge, and that is not easy,” remarks Armetta. “My objective is to help people understand and find links to such work.”

She is particularly excited to connect artists to Chicago’s collectors because Armetta sees something special in Chicagoans’ distinct style of art appreciation and acquisitions. “They want the whole experience, to come see the show, meet the artist, and have an artwork delivered to their home to see how it communicates in a private surrounding—it’s fantastic.”

In October, Armetta opens a solo show of the immersive work of Edra Soto, a Puerto- Rican-born artist and School of the Art Institute of Chicago MFA graduate, whose installations have been displayed globally and can be seen locally at the Chicago Botanic Garden and Millennium Park. The floating horizontal shapes of Casa-Isla | House-Island, part of a project to commemorate the Chicago Botanic Garden’s 50th anniversary, are an allusion to Puerto Rico’s island topography.

“Almost every artist who we represent works to give back to our arts community in some way.” It’s a directive Armetta supports and celebrates, particularly given the commitment she feels to honoring those detours that made her own dream come true.