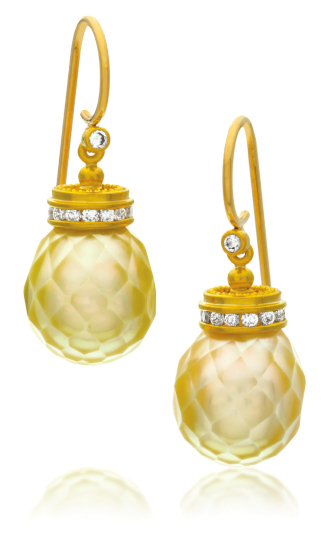 The Beatles song, “The Long and Winding Road,” might be a poignant reminder to Jonathan Rutledge about the importance of perseverance. Rutledge, an Evanston resident, is a military veteran, an almost federal law enforcement officer, former fireman, and current successful jewelry artist. It took a while, but he eventually found his calling.

Rutledge will be one of many artists whose work will be on display at the annual American Craft Exposition at the Chicago Botanic Garden from September 30 through October 2. The highly competitive, juried show and sale features crafts created by some of the country’s finest artists. The show will benefit NorthShore University HealthSystem’s Save Moms, a program designed to protect and preserve maternal health before, during, and after delivery. For Rutledge, the cause is personal.

“My wife is a nurse at NorthShore and was rushed to NorthShore Evanston during her second pregnancy with serious complications,” Rutledge says. “I’m grateful to the staff at NorthShore for keeping my wife and child safe during childbirth.” 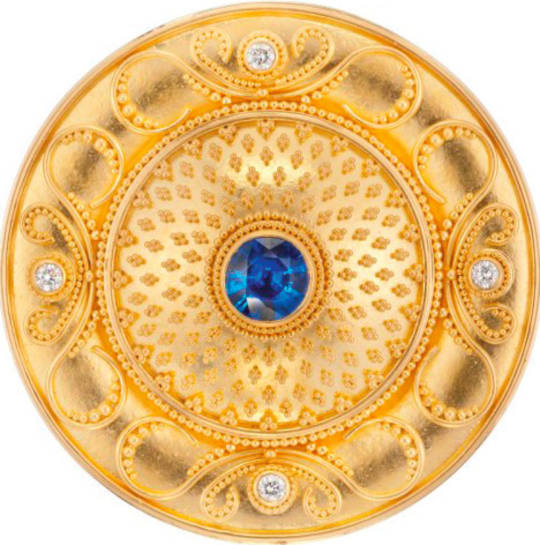 Rutledge attended Evanston Township High School and, upon graduating, went into the Air Force for four years. When he got out, he was unsure of what he wanted to study but ended up at Illinois State University studying international relations and German. But art was in his heart.

“I grew up always drawing and just making things out of wood and building things,” he says. “My junior year of college I wanted an elective class, something outside of the political science world, a little more fun, and I found a woodworking class that was taught through the Art Department.”

Rutledge says the fact that he wasn’t an art major prohibited him from taking the class, so he scoured the course catalogue and found an art class working with metal. He crashed it, hoping his background in the military working with sheet metal might buy him a waiver from the professor. The plan worked. 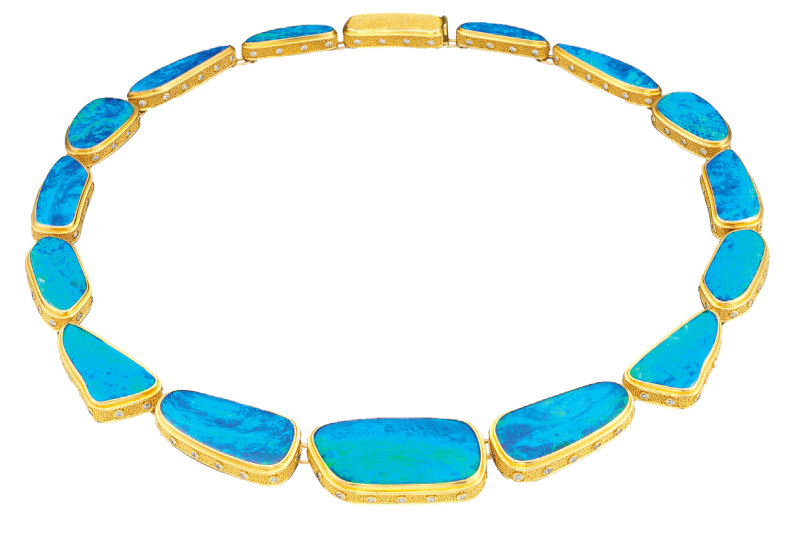 “I figured if I could work on a macro-scale with sheet metal, I could work on a micro-scale with it,” he says. “They weren’t going to let me take that class either, but I decided just to just show up when the class started and introduce myself. It turned out the professor was a Vietnam veteran. He told me about his military experience, and we just sort of hit it off.”

Rutledge says the professor became a mentor and, after Rutledge’s senior year, invited him back for graduate school, but at the time he had a keen interest in law enforcement and wanted to pursue a career with the DEA. He spent a year preparing and passed the tests required to follow that path, but it all changed in a moment.

“I was sitting in the coffee shop, the day of my interview, and just thinking, ‘You know what? I really don’t want to do this’,” he says. “So, I called and canceled the interview and then called my professor and told him I want to take him up on his offer and come back down to Illinois State and study with him, so that’s what I did.”

Rutledge studied for a year and a half but never finished a graduate degree in art, due mostly to his academic background, but he wouldn’t be deterred. He pursued another one of his interests— becoming a firefighter—and went to work for a fire department in the western suburbs of Chicago. The work schedule allowed him to further pursue his interest in art.

“It took me four years to specialize in a process called granulation and the entire time I was in school, I was interested in it, but as a student I couldn’t afford to work with gold,” Rutledge says. “So, at the fire department, all of my income went towards material and tools.” 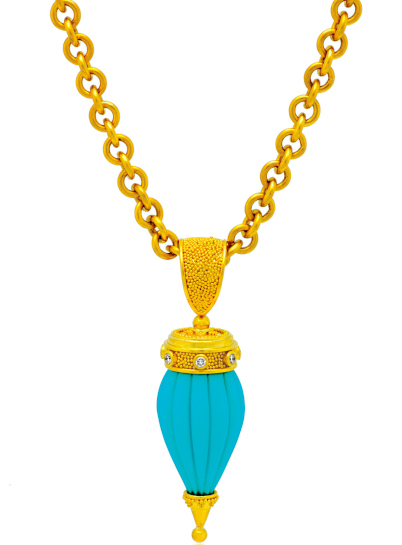 In August 2004, Rutledge got into his first show—the American Craft Exposition—and his career as an artist took off from there.

“It was really something being there because I remember setting up my booth and some of the artists would walk by and I would recognize them from the magazines. They had pictures of their work up on the wall,” says Rutledge. “At the time it was really intimidating to be exhibiting at the same show.”

Rutledge has been a regular at the American Craft Exposition for more than a decade and is still working on some of the 50 or so pieces that he will display at this year’s event.

“I still live in Evanston, and it’s special to be able to contribute to something that’s meant a lot to my family in the past,” he says.

The American Craft Exposition takes place at the Chicago Botanic Garden from September 30 to October 2. To purchase tickets and for more information visit americancraftexpo.org