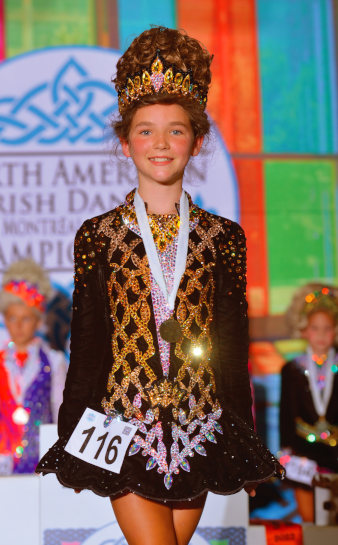 Bridget McGovern’s posture is ramrod straight, straighter than a wooden ruler positioned vertically in a student’s backpack. The fifth grader from Lake Forest also exudes composure, with an air of confidence that has been stuck in soar mode for at least a year.

All because of Irish dancing.

The 10-year-old McGovern, who attends Deer Path Middle School and trains at the O’Hare School of Irish Dance in Lake Bluff, finished 26th overall in the U10 division at the North American Irish Dance Championships in Montreal on July 5.

She placed in the top 10 among Midwest competitors and in the top 5 among Illinois entrants in her debut appearance at an international event.

But to Bridget’s mother, Maggie, her daughter’s commitment to the traditional dance form originating from Ireland also has translated into her success away from the big stages.

“She’s now more comfortable speaking in front of a classroom while presenting a project,” says Maggie, whose husband, Eli, built a training stage for Bridget in the McGoverns’s basement. “I have to believe much of that stems from Bridget’s experience as an Irish dancer.

“It’s challenging and filled with pressure,” she adds, “It’s a lot on a individual. It’s a dancer, on a stage, in front of judges.”

Bridget McGovern was a novice Irish dancer in 2021. She reached championship-level status this year and then qualified from a regional event to earn her first North American Championships berth. 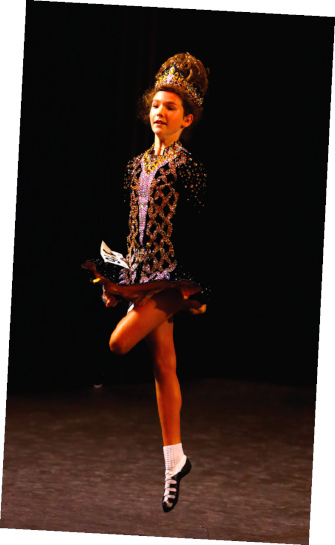 “That’s unusual, improving as much as she did in only one year,” says Veronica Lilja Brugioni, who owns and operates the O’Hare School of Irish Dance. “What separates her from many other dancers in her age group is her technical form. We drill a lot at the studio; that keeps her sharp. Plus she practices hard at home.

McGovern got her start in the discipline at the age of 6, when she took an Irish dance class at the Lake Forest Rec Center under the guidance of Brugioni.

“I hope to take Irish dance as far as I can, maybe beyond high school,” says McGovern, who has sprinter’s speed and plans to try out for the track and field team at Deer Path Middle School. “I love meeting people, and I’ve met a lot through Irish dance. I got to know two dancers from England when I was in Canada.”

McGovern advanced to the final round at the North American Championship after performing well enough in a pair of rounds: a hard-shoe segment, followed by a soft-shoe test. Survivors then had to endure an intense “recall” session, in which an official announced the finalists by blaring their entry numbers.

“As soon as I heard Bridget’s number, I dropped the booklet I was holding,” Maggie McGovern recalls. “But in my mind, I threw it upward as I celebrated.”