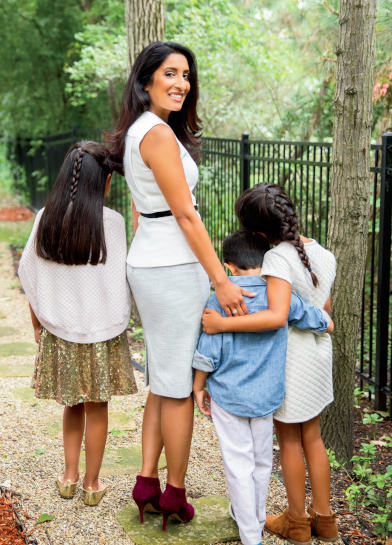 Starting at a young age, Dr. Sheri Dewan of Lake Forest spent a lot of time at the library. Her love of science which would lead to a career in neurosurgery was fueled by an appetite for reading.

“I first became interested in science and neuroscience when I was a child of 9 or 10 years old, and it started with books,” she says. “I really loved reading and I would go to the library every weekend and check out eight or 10 books and finish those, then go back the next week and get more. Eventually, I started reading books about science and neuroscience, and that set the tone for me.”

She did her undergraduate work at the University of Illinois in Champaign- Urbana and attended graduate school at Northwestern University. She completed her residency in neurosurgery at Brown University in Providence, Rhode Island.

In addition to her interest in science which was developed early on through books, her mother’s health scare became a key factor that inspired her career. 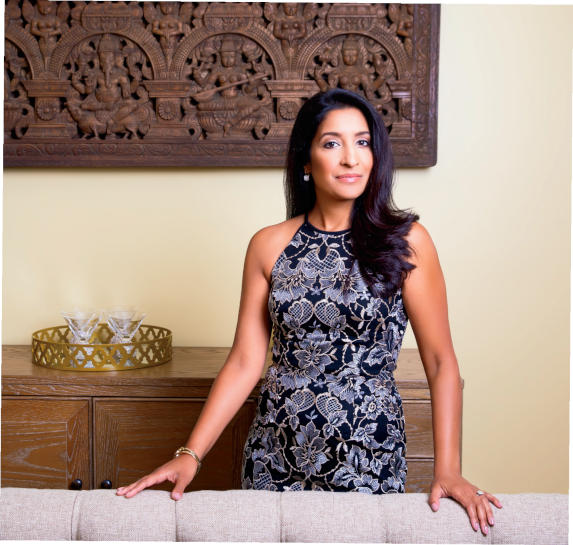 “When I was in my early twenties my mom developed a brain aneurysm and almost died, and her life was actually saved by a neurosurgeon,” Dr. Dewan says. “He was the first neurosurgeon I ever met and because he had such an impact on me and my family and our path, I became enamored with the field and the possibilities of what I could do to help people.”

While there are several PhDs in Dr. Dewan’s family, there were no medical doctors—so her choice raised a few eyebrows.

“I was asked many times by people if medicine was really the path that I wanted to pursue as it’s a very difficult life,” she says. “It’s very high-stress, high-pressure but what propelled me was the ability to help people with neurologic disorders.”

Dr. Dewan says she was often told that a career in neurosurgery would mean she wouldn’t have time for marriage or children and that she wouldn’t be able to balance having a family and taking care of her patients. She dismissed the warnings.

“Like many things in life, I decided to follow what felt right for me. I have been married for 16 years to my husband, who is a biology professor at Lake Forest College,” she explains. “We met at Northwestern and have three beautiful kids.”

While there are challenges, Dr. Dewan says she has plenty of help when it comes to achieving a work/life balance.

“I’m a product of a lot of love and support, and a village exists around me which includes my parents and my extended family,” she adds. “They have helped us during challenging times.”

Only six percent of neurosurgeons in the U.S. are women, and Dr. Dewan’s commitment to increasing that number—and to supporting young women as they pursue careers in science and medicine—is unwavering.

“One of my visions for the next five or ten years is to really help grow, mentor, and shape the futures of women who are interested in the field or medicine in general,” she says. “I’ve also written a book titled Cutting A Path; coming out next year detailing my path to neurosurgery.”

Through Northwestern and Brown, Dr. Dewan takes female medical students under her wing, helping them find the right program and navigate the application process. She also regularly speaks to women’s groups and serves on the board of Women in Neurosurgery, which works nationally to support women in the field.

“My work with Northwestern and Brown is only one example in which I have strived to aid female medical students,” she says. “I do see more women in medicine being vocal about their careers.”

Dr. Dewan says her advice to young women is not to be deterred when told what they can’t do. “If you have big dreams that seem formidable, you should pursue them, follow your heart,” she says. “I didn’t want to look back in ten years and think about a situation where I gave in to all of the reasons why I was fearful of becoming a neurosurgeon.”