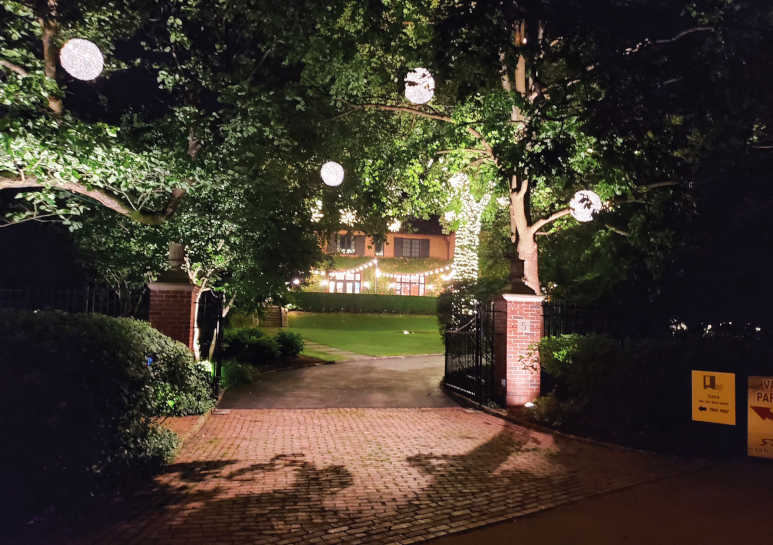 After a two-year hiatus due to the pandemic, the Winnetka Historical Society raised more than $120,000 at its annual gala, “The Twenties Roar Again—Swanky Soiree,” on June 25.

The event was attended by 130 supporters at 5 Indian Hill Road in Winnetka, a historic home originally owned by Thomas H. McInnerney— founder of the National Dairy Products Foundation, which became part of Kraft Foods.

The fascinating history extends beyond the house itself onto the surrounding grounds, which were originally designed by famous landscape architect Jens Jensen. Since Thomas McInnerney sold the estate in the 1940s, the property has had several owners including Daniel and Debra Gill, who added 9,223 square feet to the home after purchasing it in 1999. While much has changed, the character and magnificence of Johnson’s original design remains. 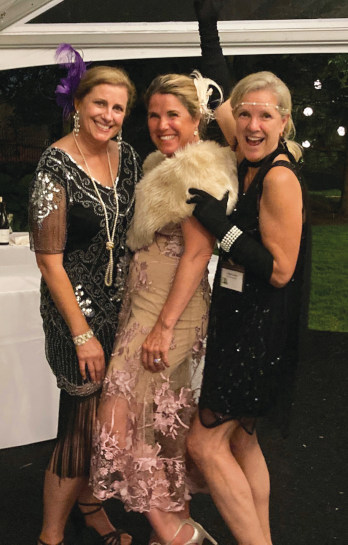 The event came together somewhat serendipitously. The current homeowners, Patrick and Kelly Heneghan, who moved to Winnetka in 2019, wanted to throw their house a 100th birthday party. A former board member of the historical society, Becky Hurley, who had attended a fundraiser in the home 20 years ago, suggested to the Heneghans that hosting the gala might be an appropriate occasion given the society’s mission.

It was a match.

“We were very, very fortunate to have such generous homeowners donate their house and their yard for the event,” says Mary Trieschmann, Executive Director of the Winnetka Historical Society. “The dinner was outside in the yard, and we had about 130 people for a sit-down dinner.” 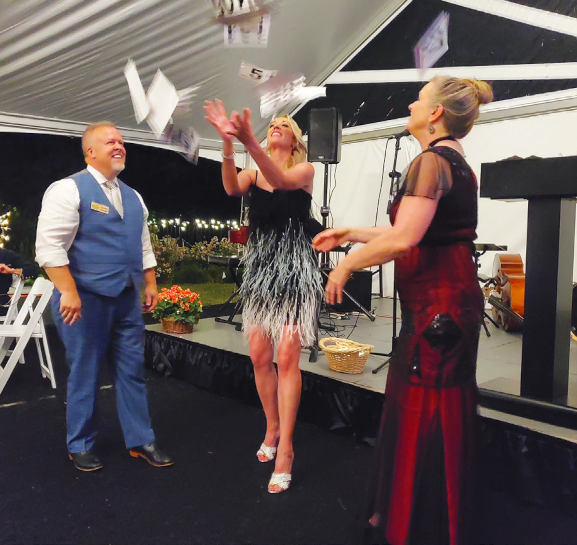 Funds were raised through a sponsorship from @Properties/Christie’s International Real Estate in Winnetka, individual sponsors, ticket sales, a live auction, and donations to support the mission of the historical society. That mission is to honor and preserve the village’s heritage, gather, and share the artifacts and stories of its past, and foster meaningful connections among Winnetkans and the broader community. The nonprofit Winnetka Historical Society is primarily funded by individual donors.

The funds raised from the gala is a significant portion of the society’s annual budget and will be used to upkeep and operate the Schmidt Burnham house, Winnetka’s oldest structure, which the society now owns, and to maintains the organizations at 411 Linden.

“We’re a small nonprofit so the funds we raise from the gala help us do our work to preserve Winnetka’s history for past and future generations,” Trieschmann says.

For more information about the Winnetka Historical Society, visit winnetkahistory.org