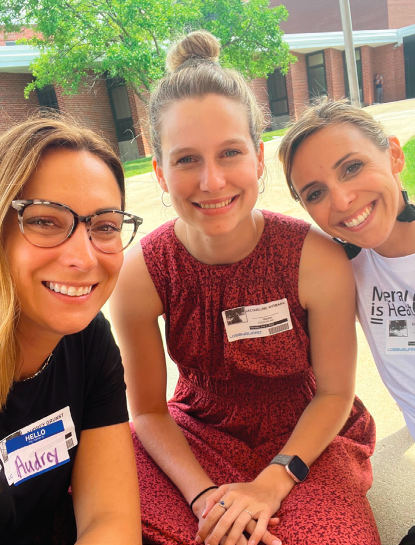 Audrey Grunst, left, organized therapy services in the wake of the shooting on July 4.

Audrey Grunst was at the Lake Bluff 4th of July Parade a few weeks ago when news began to break about the shooting in Highland Park. A counselor and owner of Simply Bee Consulting, with offices in Vernon Hills and Northfield, Grunst knew early on that Highland Park and the surrounding communities would need mental health support in the wake of the event.

“I was at a friend’s house around 12:30 and she told me about the shooting, and I was really shocked because I was at a parade so close in Lake Bluff and Highland Park is such a similar parade,” Grunst says. “It scared me, and I just got fed up. I was like, ‘I’m not going to live in this world anymore’.”

Grunst hopped into her car and called the superintendent of Illinois School District 128 (Libertyville and Vernon Hills), Denise Herrmann, whom she had served on a subcommittee with that discussed what everyone’s actions would be in the case of a mental health crisis.

“During our committee meetings, I said I know that I can give you 20 therapists in a matter of hours to be at a high school and serve our community in case it’s a suicide or accidental death, and I walked away from that meeting just knowing that I had the capacity to deploy 20 therapists just among my network of friends,” she says. 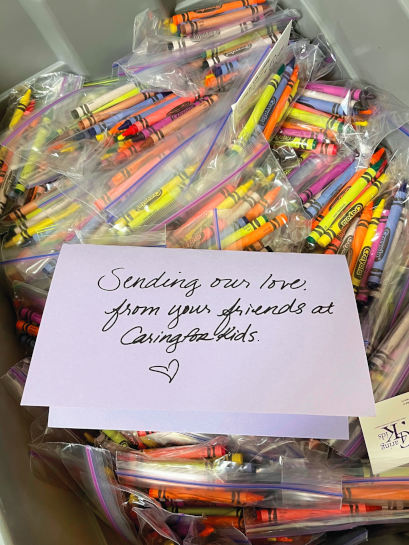 “I got a call at 10:30 at night on July 4 from the Assistant Principal of Highland Park High School, Alesia Margetis, and she said, ‘Whatever you can give, just bring it to us’.”

Immediately after, Grunst reached out to all of the therapists who she keeps on standby and just told them to show up at the high school the next day at 9 a.m. at the main entrance. She says she wasn’t sure what they were going to do other than provide counseling to support students.

“We had a small conference room of 20 or 30 therapists at that point and we just created a system where someone walked in and took the patients and we assigned them to an office or sent then to a classroom,” Grunst says. “Initially it was for students, but it escalated to anyone who needed help.”

In the ensuing days, the community need for counseling grew exponentially. By Saturday, July 9, more than 700 therapists had served 3,000 residents in crisis, including residents of communities surrounding Highland Park.

“I sent out an email through Simply Bee and then made one Facebook post and just said, ‘Please Facebook message me if you are available to volunteer from 9 a.m. to 2 p.m.,’ and then the post went viral,” she says. “One woman, Dr. Danielle Lane, came up from Florida.”

Grunst points at that those most in need of mental health services are those that lack the resources or insurance to pay. Under resourced communities are particularly hard hit by tragedies such as the one that happened on July 4. 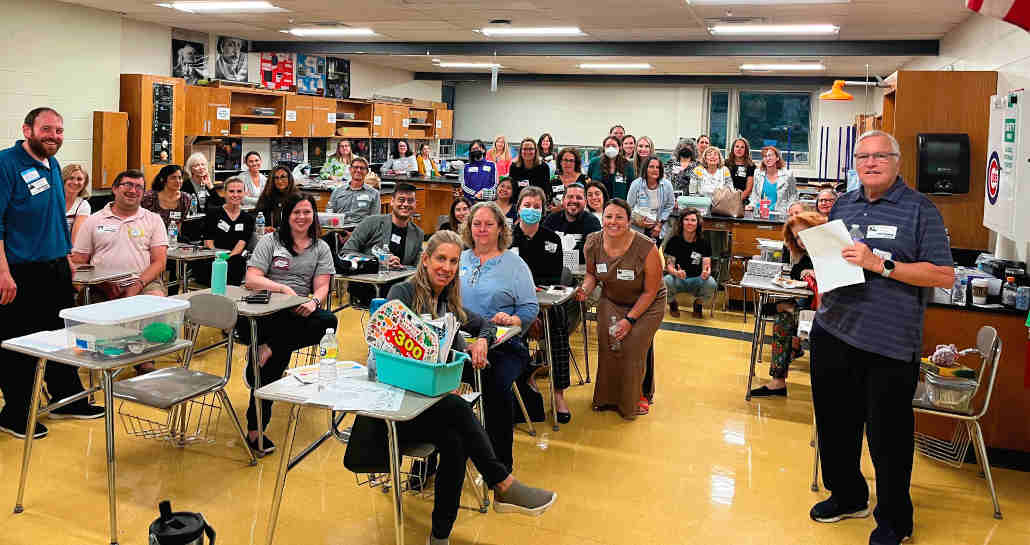 Volunteer therapists provided critical mental and emotional support at Highland Park High School to those impacted by the parade tragedy on July 4.

“They need government assistance for medical bills, help with transportation, and attorneys to fight for FMLA. The trauma isn’t the blood and the bullets; the trauma to me is the social economic disparity between those who have resources and those who don’t,” says Grunst. “It was so powerful to be there and get services to those people because they would have been forgotten.”

While Grunst’s involvement in the counseling efforts ended on July 15, it continues under the direction of the FBI and the Red Cross.

“I want to find a mission in this whole thing to provide social work. People talk about trauma therapy, but this isn’t trauma therapy,” she says. “This is socioeconomic trauma, it’s a systematic trauma, and that’s really what we saw after July 4.”