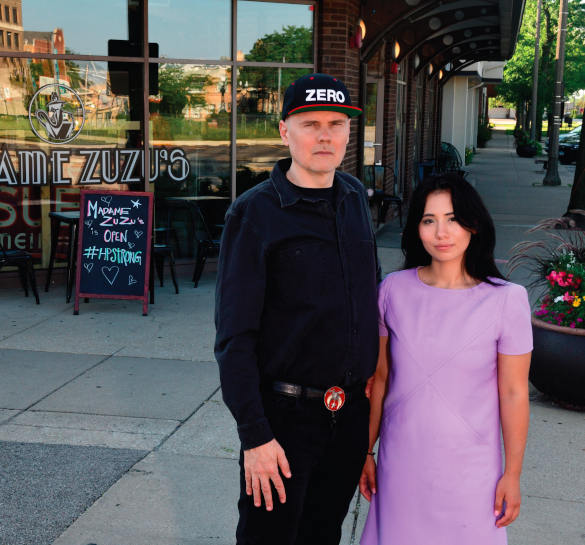 Long-time residents and members of the Highland Park community Billy Corgan and his partner, Chloé Mendel, will host a livestream benefit show at their plant-based teahouse and performance space, Madame Zuzu’s, on Wednesday, July 27, with all proceeds going to the Highland Park Community Foundation July 4th Shooting Response Fund.

There will be a performance by Corgan, alongside fellow Chicago resident and Smashing Pumpkins’ bandmate Jimmy Chamberlin, Perry Farrell of Jane’s Addiction, Bob Moses, jazz saxophonist Frank Catalano, and other special guests at 8 p.m. CDT.

The performance will be livestreamed via The Smashing Pumpkins YouTube channel (https://www.youtube.com/channel/UCnGcjQlLO8x7jsfw3r6U9ww) where viewers will be able to donate. All proceeds will go to the Highland Park Community Foundation and be directed to its July 4th Victims Response Fund.

“It’s really been difficult to watch what (the shooting) has done to our community, and I think that’s why we want to do this benefit concert because we want to be part of the healing process,” Corgan says. “We’re so touched by our friends and neighbors, both what they went through and are going through.” 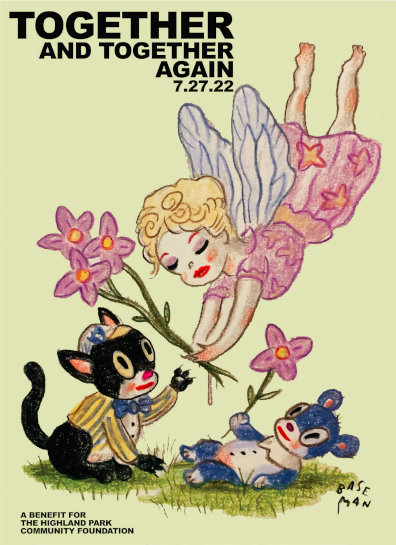 Corgan says he and Mendel were motivated by the fact that the tragedy was local and took place in the community in which they live, and he was moved by those coming to the community to pay their respects. He also sees a connection to the gun violence issue in Chicago and an opportunity to put Highland Park in the center of a national conversation.

“On the national level. I think you become motivated because you start to personally connect to the fact that not only have we lived with the scourge of gun violence in the Chicago area for the last decade or so, but also the inability of any particular agency to somehow curtail it,” he says. “Combined with the fact that now we have this personal focus, you put those pieces together and you say, ‘I want to be part of something that brings people together so that we can start to have a deeper conversation in this country about how we’re going to stop it’.”

Corgan says the people of Highland Park have expressed a sincere concern about gun violence in Chicago for more than a decade.

“This community, in particular, is motivated along those lines and now, having it on our doorstep, I think you put those pieces together,” he says. “It may be the Highland Park community that helps change the national conversation because of the level of investment here.”

Corgan says the primary message he and Mendel want to send by hosting the fundraising event is unity, and the community coming together to heal.

Music, he says, can make a difference. 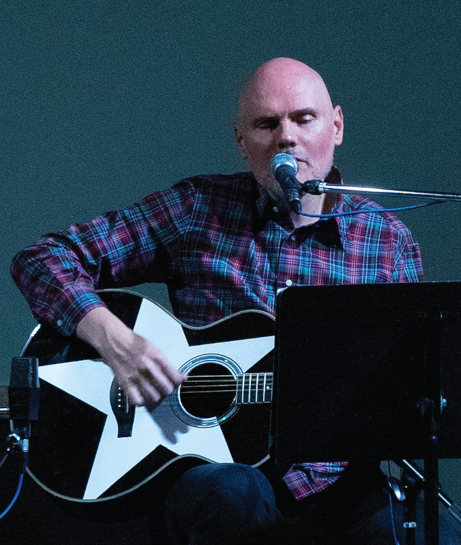 “I personally believe that music is most effective as a unifying force,” Corgan says. “Music has a powerful place in society and unity is probably the highest ground that music can stand on.”

Proceeds from the benefit will go toward a special fund set up by the Highland Park Community Foundation in response to the shooting. Mendel says the foundation has the experience and community knowledge that potential donors can trust to invest their dollars wisely.

“We’ve chosen to partner with Highland Park Community Foundation because we felt like it was the most transparent in helping those in need in our community,” Mendel says. “Anyone who identifies as a victim can contact them, even if you were there and may not be a Highland Park resident, and let them know that you’ve been affected and need help.”

In addition to direct donations to the community foundation, merchandise featuring the art of Gary Baseman will be sold at togetheragainhp.com with proceeds going to the fund. Corgan says the decision to do a virtual event is designed to leverage the national and international profile of the Smashing Pumpkins as well as the broad interest in the Highland Park community since the shooting. A private, in-person event will be held at Zuzu’s for the show.

“We want to raise as much money possible at the venue the day of the show and then everybody else will have access to the event on YouTube. Then, if they want to donate and buy merchandise be encouraged to do so,” Corgan says. “The hope is obviously to raise a lot of money. We’re also talking to some corporate interests possibly provide matching funds.”

Terri Olian, Executive Director of the Highland Park Community Foundation, says that while it’s only been a few weeks since the shooting, plans for distributing the donations raised through the victims are coming together. She’s speaking with other communities who developed similar funds after mass shootings.

“It’s unimaginably tragic and not just for the victims. We’ve been lifted up, supported, and strengthened by our neighbors, businesses, and foundations as far away as Singapore and India,” Olian says. “We’ve been in touch with national experts and other communities, listening to all of the advice.”

The foundation is developing a website to provide details on how victims can apply for funding and how the funds will be distributed. It is also developing timeline—one Olian hopes will have the initial funds raised distributed by October 1.

“We want this vehicle to be transparent and to identify a path forward not just for victims, but donors and survivors,” says Olian. “We’ll be meeting with victims as soon as next week to start drafting protocols based on their feedback, and we’ll be getting written feedback from the community.”

While the primary purpose of the show at Madame Zuzu’s is to raise donations for the community foundation fund, it’s also a love letter of sorts from Corgan and Mendel to the community in which they’ve chosen to raise their family. Both feel deep connections to Highland Park, both as residents and business owners.

“Highland Park is a town that started based on the arts and also being a town where those who are not included or invited in other areas can come together and be welcomed,” Mendel says. “I think that really speaks to who we are as a community today.”

“Zuzu’s is located in Highland Park and it’s a place where people can come in from all walks of life from anywhere in the world and be welcomed,” Corgan says. “It’s unpretentious, it’s warm, and it’s a little quirky.”

Corgan notes that Zuzu’s was one of many businesses that are located at the crime scene, and he’s been touched by the response to the shooting from the business community.

“We were shut down while the perimeter of downtown Highland Park was shut down. The day we reopened I stood outside because I wanted to see how it was going to go,” Corgan says. “Will it be the Highland Park I remembered? There was a level of warmth and kindness and people thanking us for being open.”

Corgan says it’s especially important now for businesses to open, for people to be able to work, and that, while the events of July 4, 2022 in Highland Park will never be forgotten, the healing begins when a sense of normalcy is restored.

“We come together and go back to living and celebrating and taking care of one another,” he says.