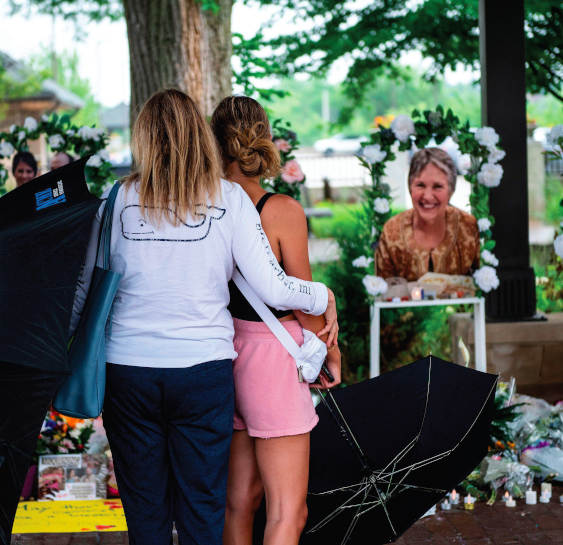 A prayer vigil was held to honor the victims of the tragic July 4 shooting in downtown Highland Park.

There are some who are saying that Highland Park will never be the same after the events on the morning of July 4. That may be true, however, there is hope that efforts being made by the city and throughout the North Shore to support the community will allow the healing process to begin.

Over the last week, the outreach and support have reached a global level. Two high-profile GoFundMe campaigns demonstrate how the tragedy that rocked our community has brought the nation and the world together. One campaign has raised more than $1.3 million so far for Cooper Roberts, the 8-year-old shooting victim who was paralyzed from the waist down, and another has raised $3.2 million for Aiden McCarthy, the 2-year-old who tragically lost both of his parents.

From here, the only place to go is forward. Each new day brings a fresh set of memories that reflect the determination and resiliency of Highland Park and its North Shore neighbors.

Highland Park Mayor Nancy Rotering continues to play an active role in helping the community respond to a single incident that has put her city in the international spotlight.

“My heart goes out to the victims, families, and our community. Like so many before us our community is devastated. It’s impossible to imagine the pain of this kind of tragedy until it happens in your backyard,” Rotering says. “There is no roadmap that tells us what to do next, but we cannot allow this shooting to define us. Each of us, in our own way, and in our own time, will find a way take a step forward as we remember the innocent victims.”

Counseling services sponsored by local and national agencies were offered to all members of the public at Highland Park High School through this Saturday July 15, and the city has distributed resources via email to help families cope with the aftereffects of the shooting. Other North Shore communities continue to chip in.

“For all those impacted by this horrific tragedy, we keep you in our hearts. As you know, the hub of resources and support has been held at Highland Park High School,” Deerfield High School Principal Kathryn Anderson said in statement. “Please know that support will continue to be offered for our District 113 students.”

In addition to mental health services, the Highland Park Community Foundation has established a July 4 Fund to which community residents and businesses can donate to provide assistance.

“To help those directly impacted by the mass shooting in Highland Park, the Highland Park Community Foundation has established a July 4th Highland Park Shooting Response Fund,” the foundation’s website says, “All contributions to the Response Fund will go directly to victims and survivors or the organizations that support them.”

The North Shore law enforcement community also continues to collaborate and support each other.

As has been widely reported, law enforcement from surrounding communities, including Lake Forest, played a key role in apprehending the suspect the evening of July 4. The City of Lake Forest, along with the City of Highland Park, is one of nearly 30 members of the Lake County Major Crime Task Force, which is charged with investigating gun crimes on the North Shore and throughout Lake County. According to Lake Forest Deputy Police Chief Robert Copeland, the collaboration brings together law enforcement officers with a wealth of knowledge and experience.

All of these community-driven efforts are perhaps best reflected in the experience of Highland Park resident Ted Pickus both on July 4 and in the following days. Pickus, a realtor with @properties, was with his colleagues on a float waiting to enter the parade route when he heard the gunshots.

“We were about two blocks away from where the shooting was. The parade had just started at 10 and the shooting was at 10:15,” Pickus explains. “We were getting in line and coming up to start the parade. Everyone was lined up in parking lots and a staging area.”

Pickus says he found solace in attending a vigil at his synagogue, North Shore Congregation Israel. The church was also home to one of the shooting victims, Jackie Sundheim, with whom Pickus and his family were close.

“Personally, I went to my temple where Jackie Sundheim, who I was friends with, worked, and had a vigil last Tuesday and that was super helpful for me,” Pickus says. “It was very therapeutic for my temple to have a service and it helped a lot.”

Pickus says his wife worked with Sundheim at the temple’s pre-school and his daughter was in Sundheim’s nursery school class. He has fond memories.

“She had a heart of gold, but she had to be stern because she was the event planner. She had this warm heart but yet she was strong and firm when she needed to be and her position called for that,” Pickus recalls. “It was the perfect balance. Every time I saw her, she had this gleaming smile on her face and was always greeting people and wanting to make sure people at our synagogue were comfortable and had the support that they needed in terms of the events.”

Pickus says @properties has been extremely supportive of its brokers and the community since the tragedy, including making a substantial donation to the July 4 Highland Park Shooting Response Fund and supporting its employees mental and emotional health.

“My company put out on its website suggesting everyone make donations to the Highland Park Community Foundation,” he says. “I don’t know the specific amount, but we also made a substantial contribution.”

@properties is also hosting breakfasts in the community where its brokers on the North Shore can get together and talk about their experiences that day and look toward the future. The efforts are being led by North Shore Managing Broker Gorge Abreu.

“Gorge was so on top of this. He was with the parade marchers, which really shook us all. He started a text chain and has been reaching out to us to make sure we’re OK,” says Pickus. “He had a lunch all of us just to get together and chat and it really helps to be able to talk about it especially with someone who experienced the same thing you have.”

More importantly, Pickus says, is how the whole community continues to support each other. It’s a sign of strength.

“The community is really coming together, and I feel like we’ve been pushed down, but we’re going to come back stronger,” he says. “What’s transpired is always going to be in our hearts, but in the end, we’re going to be stronger and come together—united as one.” 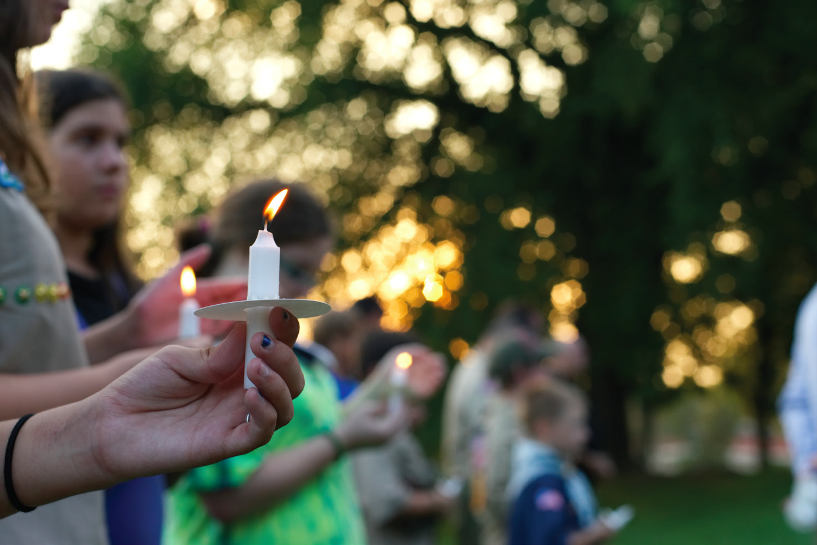 MAY THEIR MEMORY BE A BLESSING

The North Shore community continues to honor and remember the seven people who lost their lives in Highland Park on July 4. They include: