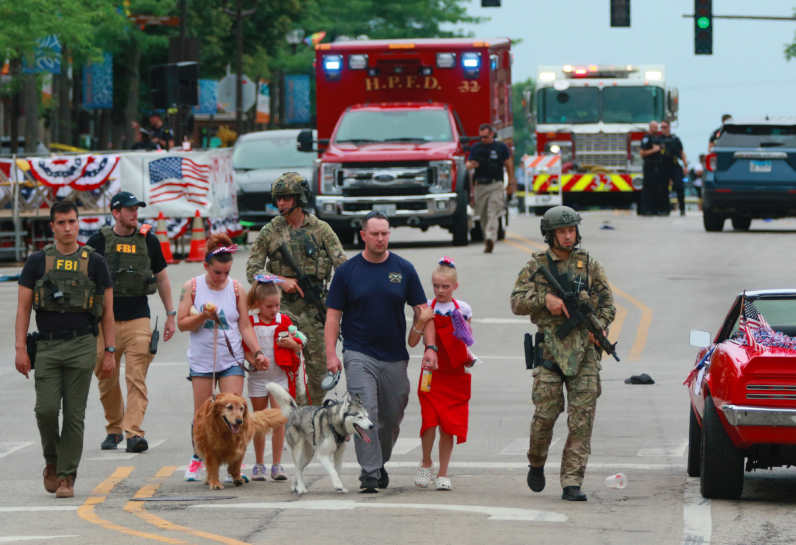 Law enforcement escorts a family away from the scene of the shooting at the Fourth of July parade on Monday in Highland Park.

Lake Forest resident Dustin O’Regan was with her husband and 17-year-old daughter at the July 4th parade in downtown Highland Park when the shots rang out.

At first, she thought it was just fireworks, but quickly she and those around her realized it was something very different. But even when the bullets were flying, she says the first instinct of people lined up to view the parade was to look out for each other.

“There was this joyous occasion, and the parade had already started, then all of a sudden, the shots are going off. There were so many so fast and at least in my mind they were firecrackers,” O’Regan, who is Editor-in-Chief of Sheridan Road magazine, says. “I was so impressed with the people because there was a kindness in the chaos. We all had to go north to get away from the gunfire, and people were waving people in cars to go ahead despite the fear they were experiencing.”

O’Regan headed home to Lake Forest with her family and along the way saw police cars from Lake Bluff, Lake County, and the state of Illinois headed in the other direction to respond to the shooting.

The response from local police, and from the community, continues.

“I want to thank our first responders for their bravery and extraordinary efforts today. Our police and firefighters saved countless lives with their responses—running into danger and taking immediate action to save others,” Highland Park Mayor Nancy Rotering said in a statement on Monday. “We are grateful for these selfless acts. We know there were members of our community who rendered aid and assistance as well, and we thank each and every one of you for those efforts.”

In addition to the community outreach offered on the day of the shooting, counselors were made available on Tuesday at Highland Park High School for students and community residents who required emotional support. 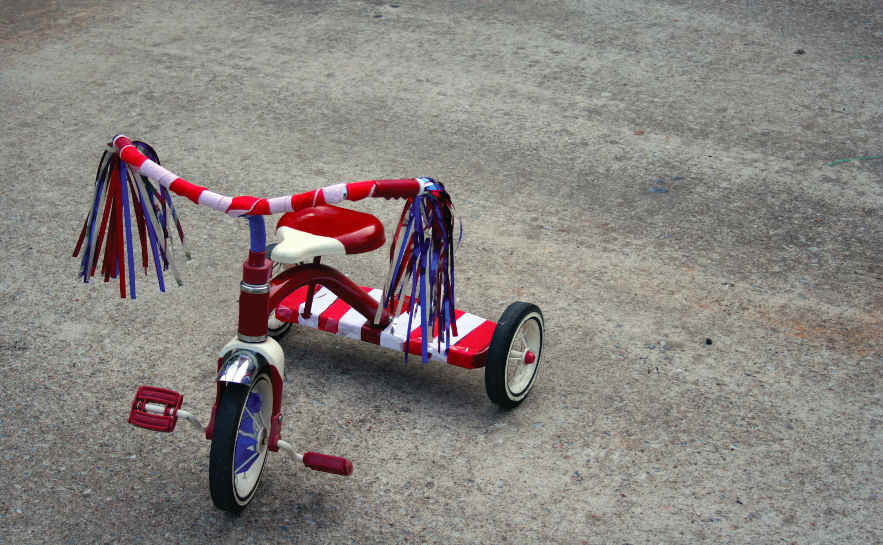 Support for victims of the shooting and their families was also offered by local organizations and charities that anchor the North Shore communities.

“Many of our volunteers, staff, and supporters are from the city or the surrounding area, and as such we spent much of the late morning reaching out to our colleagues and museum family, making sure everyone was safe and accounted for,” said the Illinois Holocaust Museum and Education Center in a statement. “Events like the Highland Park Fourth of July Parade are special moments, where families and friends gather to celebrate their community and our great country. An attack on such an event is more than an act of violence, but one of terrorism, attempting to strike fear at a moment when we are standing together in unity.”

Among the seven victims of the mass shooting identified when The North Shore Weekend was going to press are Jacki Sundheim, aged 63, a member of The North Shore Congregation of Israel in Glencoe, and Nicolas Toledo, aged 78, who was visiting family in Highland Park from his native Mexico.

“There are no words sufficient to express the depth of our grief for Jacki’s death and sympathy for her family and loved ones,” the congregation said in a statement. “We know you join us in the deepest prayer that Jacki’s soul will be bound up in the shelter of God’s wings and her family will somehow find comfort and consolation amidst this boundless grief.”

The shooting prompted cancelations of other parades on the North Shore as the gunman was still at large until he was caught Monday evening in Lake Forest by North Chicago police.

“Due to the shooting in Highland Park, the City of Lake Forest is cancelling the Annual Lake Forest Festival and Fireworks at Deerpath Community Park out of an abundance of caution,” the city said in a statement. “The City extends its deepest condolences to our neighbors in Highland Park.”

Highland Park also canceled other community events in the coming weeks, including Food Truck Thursdays, Takeout Tuesday on the Lot, and World Music Fest on the Lot.

As Highland Park and the North Shore continue to come to terms with these tragic events, one thing remains clear.

We stand together as a community.

“Highland Park is a strong community, closely knit with shared values, priorities, and partnerships that were so clearly evident among the organizations, individuals, businesses, and entertainers participating in our parade today,” said a representative from the City of Highland Park in a statement released Monday. “As we grieve together as a community, we need to support each other as a community. In the aftermath of this unthinkable tragedy, we are stronger together.”