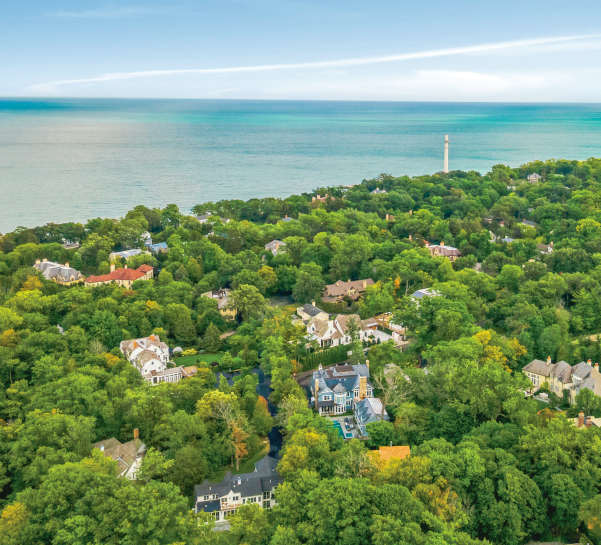 The North Shore landscape is dotted with historic homes, many of which were designed by well-known architects such as Frank Lloyd Wright, David Adler, and Howard Van Doren Shaw.

“Good bones” is a phrase you often hear when people talk about older homes, referring to the quality of construction and materials.

On the North Shore, older homes are plentiful—many built centuries ago as summer homes for Chicago’s elite. While some buyers might choose to demolish these vintage gems and rebuild on what is likely a prime lot, others opt to restore the homes with the original architect’s vision in mind.

This week, The North Shore Weekend spoke with real estate professionals across the area to get their take on why older homes remain appealing to some buyers, and to better understand the motivation for buyers who meticulously transform older homes with modern conveniences in mind. 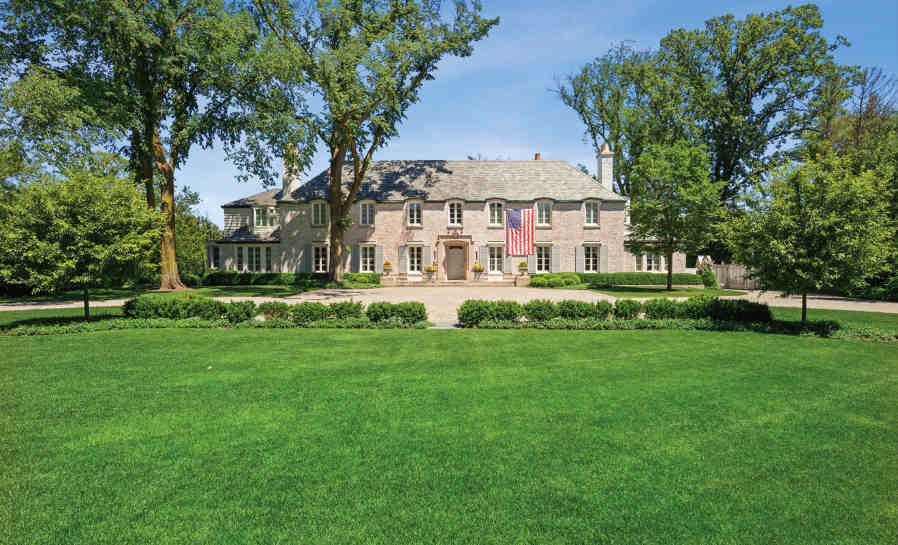 This historic home at 969 Hill Road in Winnetka, built in the 1930s, has been fully restored based on its original owner’s vision. The restoration was overseen by Chicago architect J. Lawton Thies and the house will be listed by Jena Radnay of @properties

“What these buyers want is fine, one-of-a-kind attention to detail. They do not want the sport court; they do not need that five-inch-thick quartzite on the island,” explains Jena Radnay, a broker with @properties in Winnetka. “They are refined buyers and they’re looking for beautiful details that cannot be replicated.”

Radnay will soon be listing an estate at 969 Hill Road in Winnetka that was built in the 1930s and has gone through a complete restoration over the past two years—overseen by Chicago-based architect J. Lawton Thies. It was originally designed by prominent New York architect Solon Spencer Berman, who also worked on the Fine Arts Building in downtown Chicago. 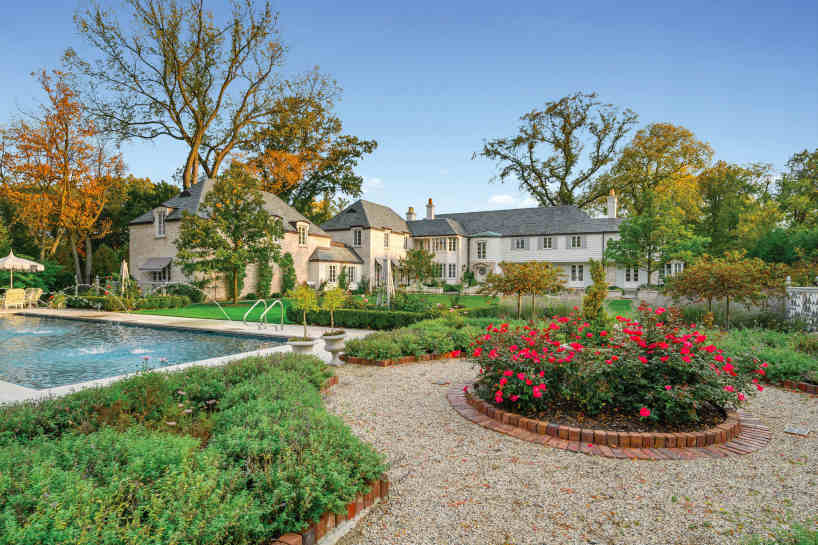 The home on Hill Road recently won a restoration award from the Winnetka Historical Society and Radnay says it’s a prime example of how owners get it right when they undertake a restoration project.

“The architect took this house apart and, with integrity, mimicked everything that was in the original, including these beautiful French doors that go all the way up to ceiling,” says Radnay. “It’s the most sensational rehab—talk about bringing back the integrity of old architecture into glory!”

Thies, the architect, says Chicago and the North Shore present many opportunities for restoration and preservation enthusiasts. 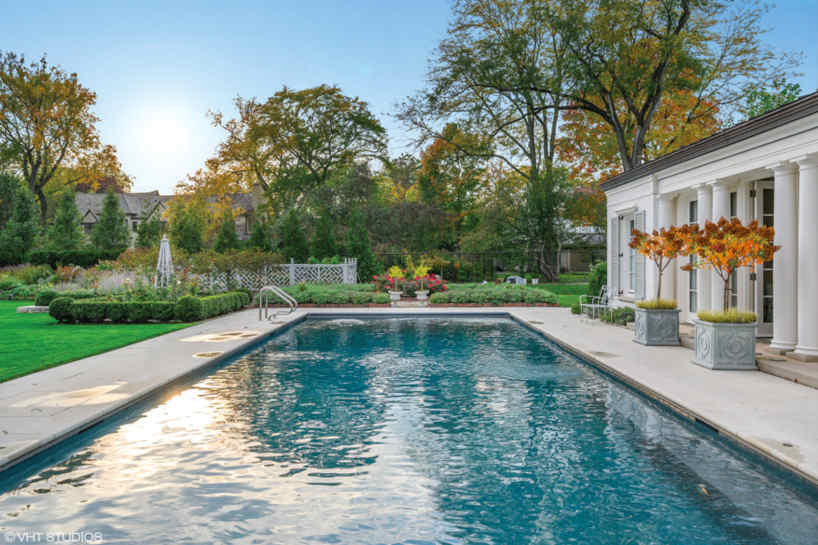 “I think Chicago has a particularly rich architectural tradition. There were a lot of really strong architects working here at the beginning of the last century,” Thies says. “Unfortunately, people move, and they immediately tear the house down and build something that has nothing to do with what they liked about the house in the first place. It really takes a dedicated, special kind of client to see these projects through.”

Thies says he enjoyed his involvement in the 969 Hill Road project, in part because of the original architect’s eye for design and vision for the estate. 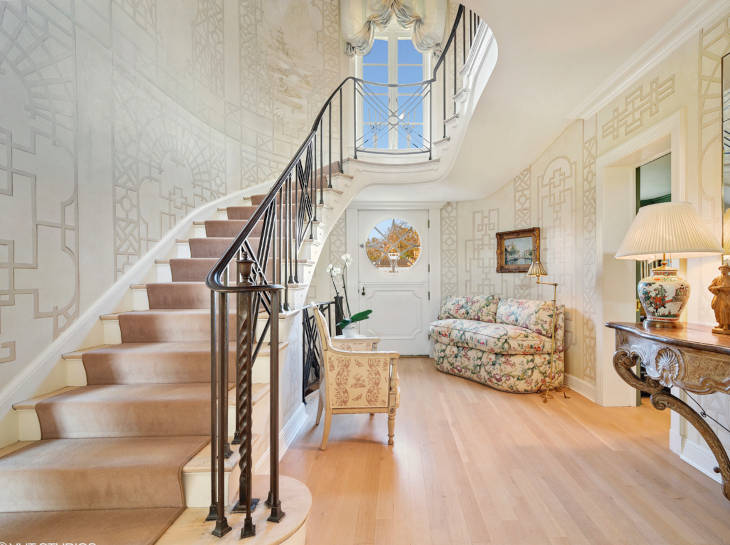 “He was a better-known architect and made his name building a lot of these North Shore houses; he was very interested in eclectic architecture and sort of had an English-Scottish-cottage vibe with colonial interiors and an Art Deco overlay,” Thies says. “There was a lot going on so that that made it a lot of fun for me.” 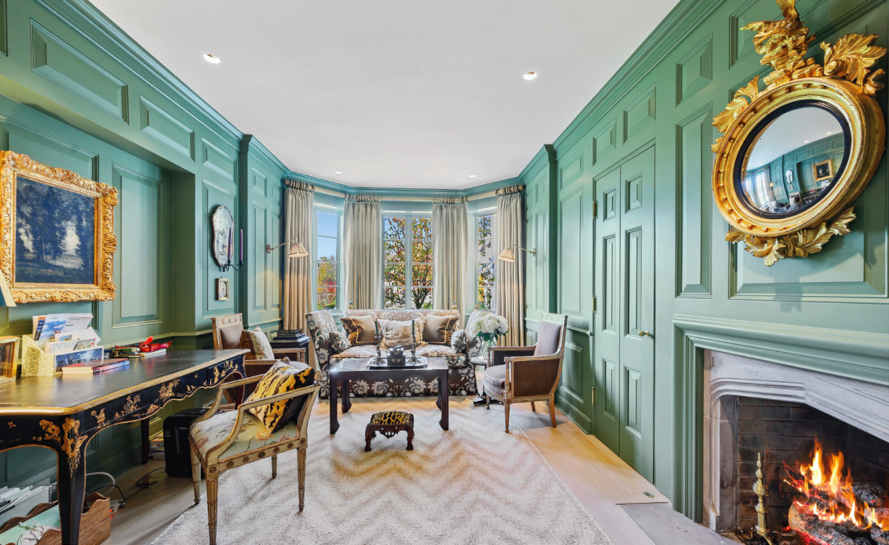 Mona Hellinga, an agent with Berkshire Hathaway HomeServices in Lake Forest, says it’s generally more sophisticated buyers that migrate to older homes and the spirit they reflect. Many are architecture enthusiasts.

“I think some people just really cherish the old classic architecture. They know what they want, and they are typically well-read about it,” Hellinga says. “I think it’s just something people look for and love and appreciate in a North Shore home.” 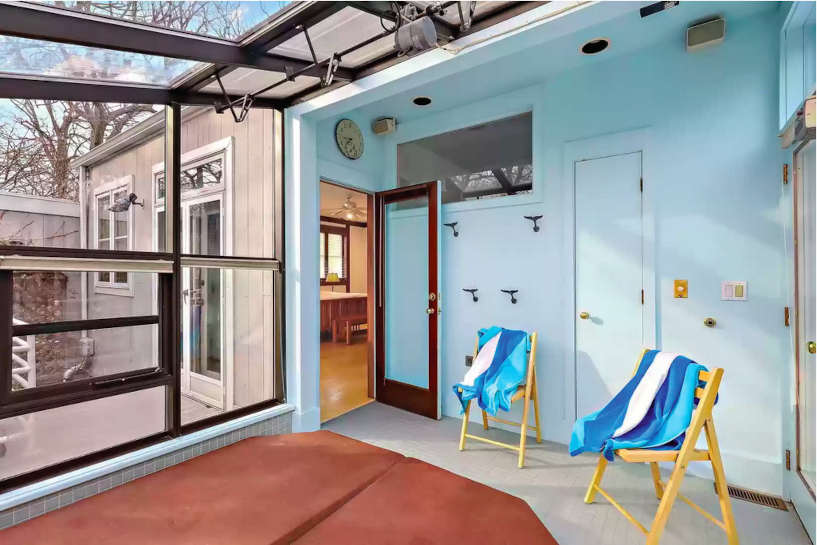 Hellinga thinks about owners restoring classic homes on the North Shore kind of like a musician playing Mozart, with an eye toward perfection.

“It’s akin to the musician playing Mozart concerto. You try to honor the composer’s intent, and I think when a musician does that, it gets one close to perfection,” she says. “There’s just a way to execute it and we have so many wonderful architects that are skilled at bringing some of these houses back.” 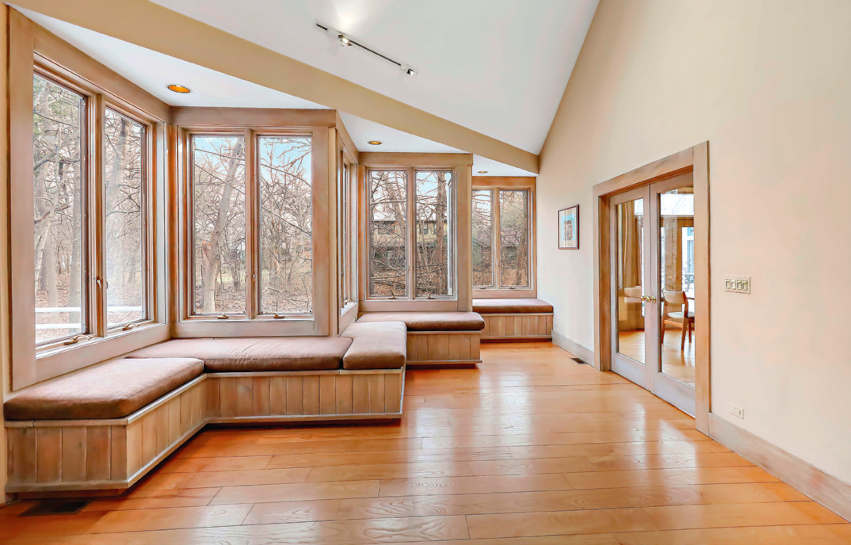 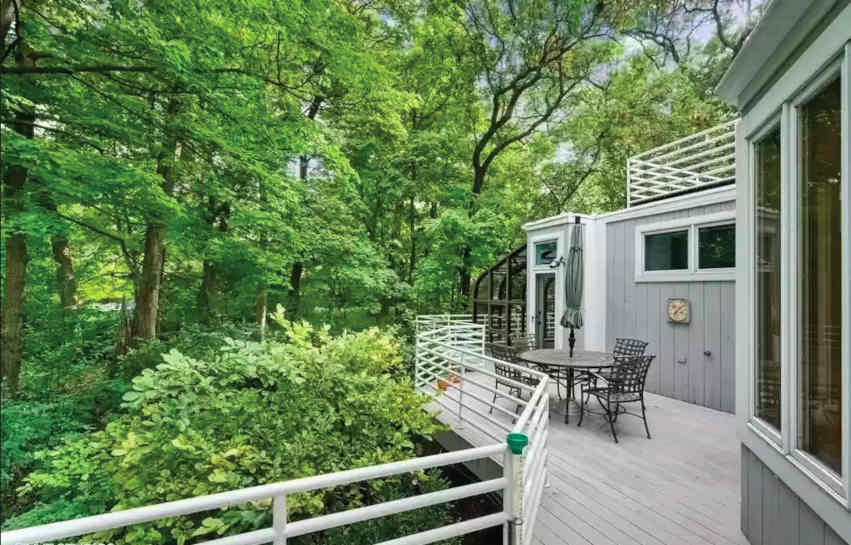 “I think the appeal is typically the character that older homes sometimes possess that can’t be replicated with brand new properties,” Molitor says. “Frequently, some of those homes are in such terrific locations in these areas because the villages were established so long ago. You can always change a house, but you can’t change the location.” 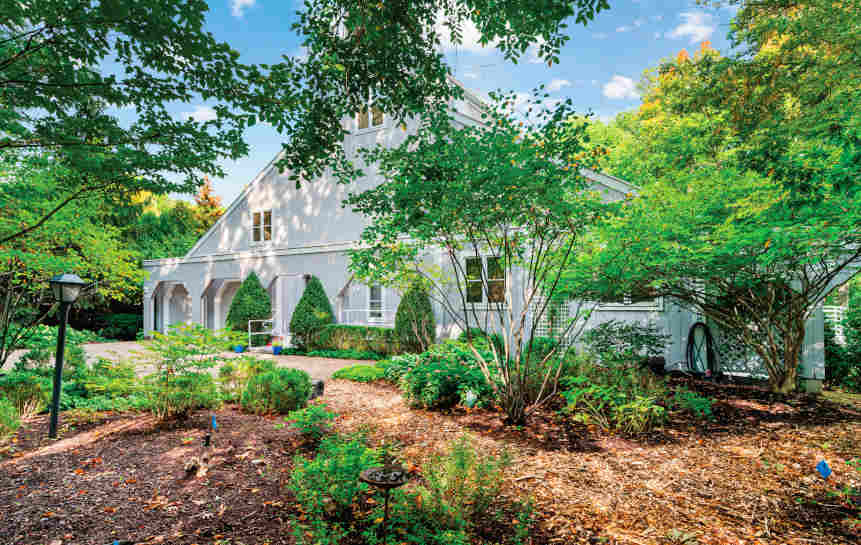 A modern farmhouse (above) located at 989 Old Green Bay Road in the Hubbard Woods neighborhood of Winnetka is listed by Sherry Molitor of Coldwell Banker.

Molitor says where it gets tricky is with some of the larger renovations to an older home such as additions and other changes that may impact the structure. 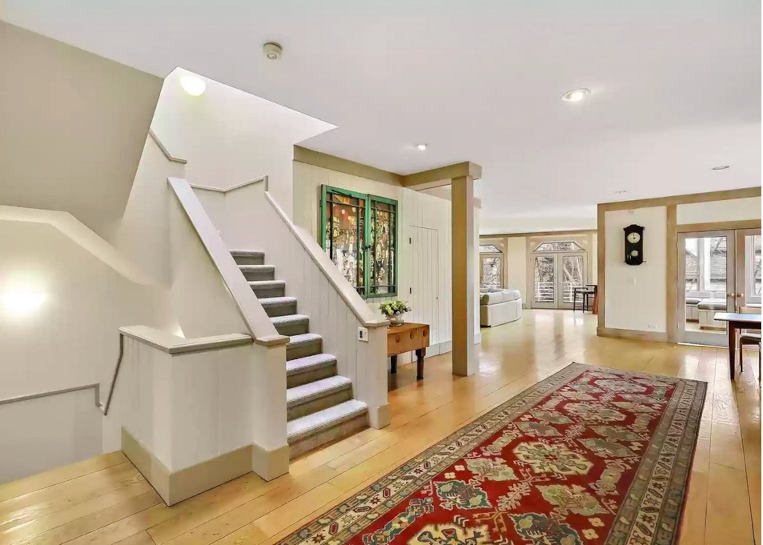 “There are box-like additions, but often if they’re done really well, they don’t feel like additions,” she says. “You feel it was part of the home that’s always been there.” 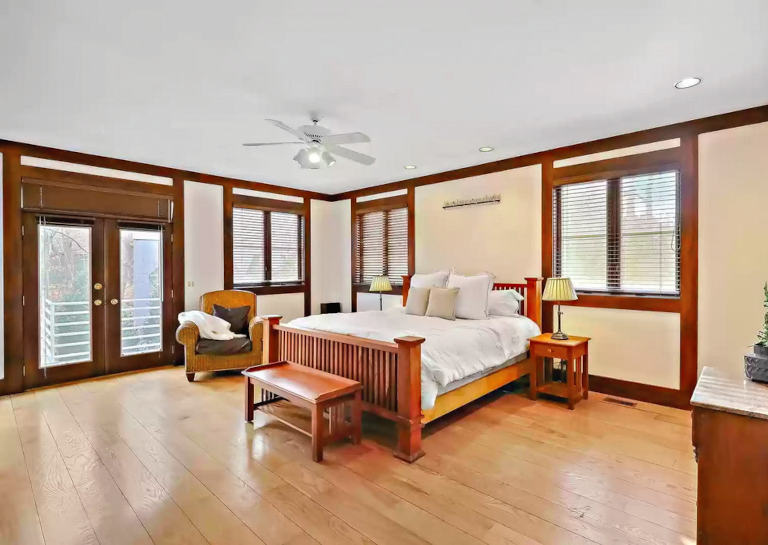 Gloria Matlin is a broker with Compass in Glencoe and she says there’s a niche market for older, historic homes that have been maintained with their original owners’ vision in mind. 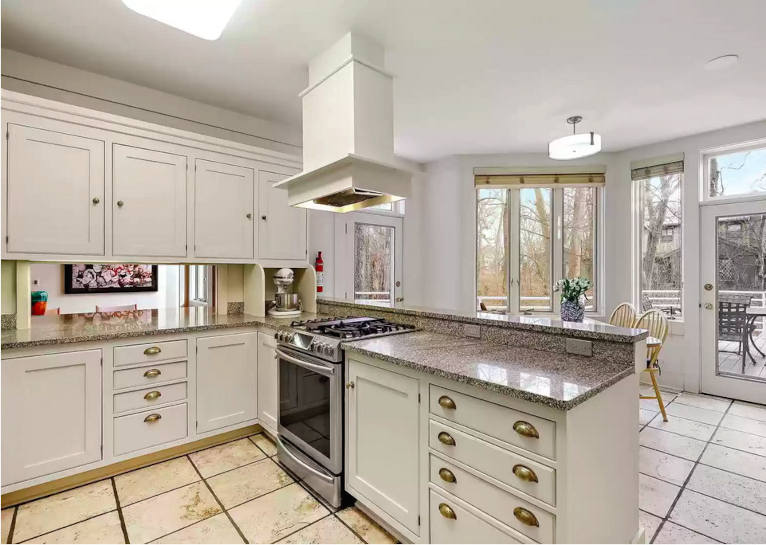 “I think that there is a certain personality in a buyer. There was an older house in Glencoe and my buyer always wanted this kind of home and always said if the house came on the market, they wanted it,” Matlin says. “The minute this home came on, it was like it was their house. They had to have that property.”

“In my experience the buyers of these kinds of homes buy them because they appreciate them for literally the works of art that they are, and they’re very focused on maintaining the integrity of that architecture,” says Jamie Roth, a broker with Engel & Völkers in Highland Park. “I’ve sold a Frank Lloyd Wright House or a couple of them and there’s no way to describe the appreciation that the buyers have for those assets. It’s just beyond words.”