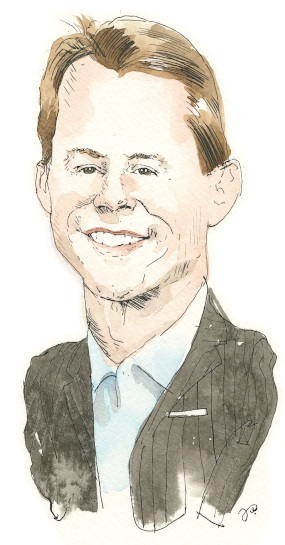 Event Coordinator Rick Amos has them—plenty of them.

There was the year when the headliner and his daughter/backup singer got into an argument on stage. She threw her microphone down and stomped off.

“I got a call from the police at around 2:30 in the morning, telling me they’d found the daughter, alone, on a bench in downtown Lake Forest,” Amos recalls. “They wanted to know if I knew how to get a hold of her father.

“I called her father, who was on his way to the airport to catch a flight for his next concert, in California. He told me, ‘She knows how to reach me.’”

A power outage halted headliner Kenny Loggins’s set on another 4th of July.

“That was unfortunate,” Amos says. But one of Amos’s favorite recollections of the Festival & Fireworks—organized by the Friends of Lake Forest Parks and Recreation Foundation, since 2005—didn’t involve a performer.

It unfolded last summer, when about a third of the attendees traveled to Deerpath Community Park from communities other than Lake Forest and Lake Bluff. Amos, sitting among family members and a small army of friends, noticed a woman sitting alone.

“I found out she lives on Chicago’s South Side,” says the 58-year-old Amos, who moved from Orange County, California, to Lake Forest with his family in 2001. “She told me she wanted to enjoy the 4th in a fun, safe atmosphere. I then invited her to join us, and she commented how welcomed she’d felt in our city. I hope she comes back.

“There’s a perception out there that Lake Forest people are snooty,” he continues. “Well, we’re not. We’re friendly and family-oriented and fun-loving, and our Festival and Fireworks event gives us the opportunity to represent qualities like those.”

This year’s event starts July 4 at 5 p.m. and lasts until 10 p.m. at a 10-acre tract at Deerpath Community Park. The entertainment features Tommy DeCarlo, singer of the rock band Boston, with special guest Rudy Cardenas of American Idol. Festival goers—Amos expects between 8,000-10,000—will get to ooh and aah during a 20-minute fireworks display, inhale tequila tacos, and hear the classic hits of Boston and Journey.

“The first album I ever bought was Boston’s first album,” Amos says. “I still have it.”

Slides and bouncy houses will be deployed for the kids. Don’t be surprised if a tossed football collides with a flying Frisbee near strewn clusters of folks, who had either bought food and drinks from on-site vendors or packed coolers at home.

“It’ll seem Ravinia-like to many, but it will also feel like you’re in a carnival setting,” Amos says, adding the event should draw children as young as 5 and adults as grand as 95.

What inspired Amos to create the inaugural Festival & Fireworks 17 years ago was his collection of childhood 4th of July memories in Sidney, Ohio, a city (current population: 21,000) located 40 miles north of Dayton.

“My friends and I would ride our bikes to the county fairgrounds,” Amos says. “The big attraction, in addition to the fireworks, was a demolition derby. I remember all the fun I had during the day and at night.

“I wanted Lake Forest’s 4th of July activities and offerings to generate as many enjoyable moments as I’d experienced in my youth.”

Amos competed in football, basketball, track and field, and tennis at Sidney High School, home of the Yellow Jackets. But he played only football—as a free safety—at Miami University in Oxford, Ohio, where he earned a B.S. in business administration.

“I was a pretty active kid in high school,” Amos says. “In college I played football for three seasons before injuring my neck. I chose not to suit up for football in my senior year; I wasn’t going to be an NFL player.”

Amos kicked off his post-Miami life by working in sales and marketing for the Xerox Corporation in California. Stints at Boston Scientific (in the medical device industry) and in boutique investment banking followed. For the past 20 years the cancer survivor and father of three (Kelly, Jordan, and Ashley), with wife Sherry, has served as chairman of Amos Media Company, a diversified special interest media/publishing company.

That family business was established in … 1876.

“When we moved to Lake Forest 20 or so years ago, the plan was to stay for two, maybe three, years,” Amos says.

And still making a difference, though he’s quick to point out that the Friends of Lake Forest Parks & Recreation Foundation (“The Friends,” for short) is a wonderful organization blessed with dedicated board members and tireless volunteers.

“Believe me,” Amos says, “so many others pitch in to make our Festival and Fireworks—Lake Forest’s biggest community event—the popular and successful event it is every year. Every summer it’s a thrill for me, for all of us who wear turquoise shirts on the 4th, to hear a festival attendee express appreciation for the work we did to put this event together.

“Plus it’s so refreshing to receive such positive feedback in the world we live in today … a world that’s gotten way too edgy, with too many people pointing fingers at others.”

“The Friends” contingent also organizes the annual Fred Jackson Golf Classic fundraiser at Deerpath Golf Course, a track, by the way, that underwent significant renovations via the backing of the Friends of Lake Forest Parks and Recreation Foundation. The foundation also provided funds for Lake Forest Beach’s first-ever fire and rescue boat.

That annual Tree Lighting Ceremony, staged at Market Square on the Friday after Thanksgiving?

Amos and his fellow Friends ace cold-weather events, too.

Amos had 18 reasons to be thankful last year, when the avid golfer played that many holes at Augusta National Golf Club in Georgia.

He had never toured the home of the Masters.

But he shot an impressive 40 on the front nine, before settling for a round of 84.

“That had been a dream of mine, getting to play that beautiful course,” Amos says. “It was magical.”

He won’t need clubs or golf balls to trigger tingles at Deerpath Community Park on July 4. All he’ll have to do is look up and view another stellar fireworks finale.