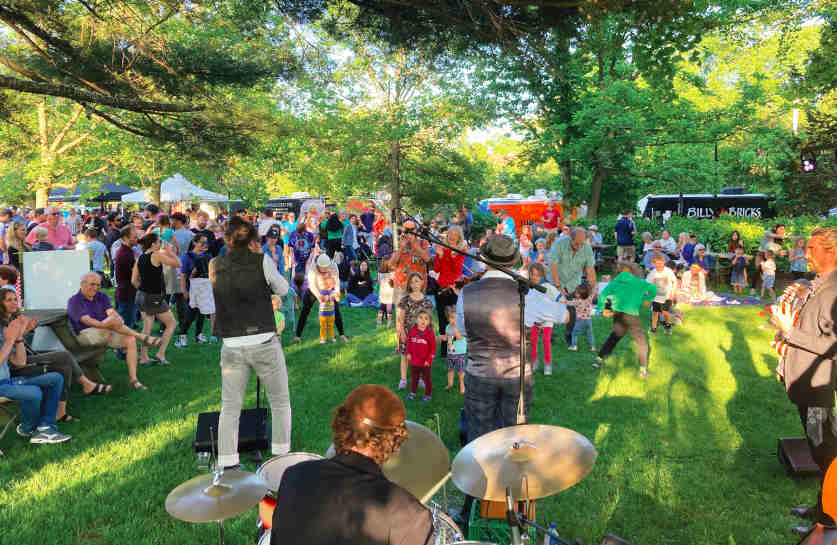 Highland Park is upping its summer game. While the Ravinia Festival has anchored the summer in Highland Park for decades, the city is offering a calendar of additional activities for locals and visitors to help them enjoy the summer weather.

The Lot, which is located at the send end of the St. John’s North parking lot, kicks off its calendar with the Taste of Highland Park on June 24 and 25. Food and live music, including Chicago legends the Freddy Jones Band, will be among the festivities.

Amanda Civitello, communication manager for the City of Highland Park, says the expanded summer activity calendar is designed to leverage the popularity of the Ravinia Festival, which draws people from across the Chicago region and beyond.

“We want to use social media to help us leverage [the Ravinia Festival] audience that knows that we exist because of the exceptional calendar of events at the Ravinia Festival,” Civitello says. “We want them to understand all that the city has to offer, including all the exciting things that are happening downtown.”

“The owners live in the Ravinia District, and they were just beer nerds,” says Gabe Boden, Ravinia Brewing’s General Manager. “They were selling collaboration beers but in June 2017 they landed a distributor and started doing some brewing out of a location in Logan Square. One of the first beers we launched was at the Food Truck festival, and it was called Food Truck Pilsner.”

The company has since opened Tap Rooms in Highland Park and one at its brewing facility in Logan Square. But every Thursday it returns to its roots for Food Truck Thursdays in the Ravinia District with Boden pouring beers for a weekly event that brings together the local and surrounding communities.

“I used to live right by the production facility and have a typical story for this area. We have some young kids and moved out to the suburbs and I really like the Ravinia District,” Boden says. “We didn’t really know it existed until we started our search and looked further north and just found this spot.”

Boden says that what is great about the area is it has an active business district. It wasn’t until he moved in that he saw the district had been revitalized, with a big assist from Food Truck Thursdays.

“It’s right by our Taproom and there’s so many people who show up. It’s just really high energy, a lot of families. I love going and pouring beers; we go through four kegs every time,” he says. “There are a lot of kids dancing to music, and I run into people I knew in the city.

“It really does feel like a little festival on a Thursday night,” Boden continues. “From a personal level, I love it. I really get to engage with the local community. I’m getting to meet all of my neighbors, and my wife and kids come and get the food. My kids are always pulling on my shirt trying to pour beers, and they’re playing with the other kids.”

Food Truck Thursdays keeps a roster of more than a dozen food trucks representing local establishments such as Aztec Dave’s, Louis B Fresh, Fat Shallot, and Da Pizza Dude. It runs weekly through September 8, and each Thursday feature live music, from Jazz to rockabilly to soul to disco. 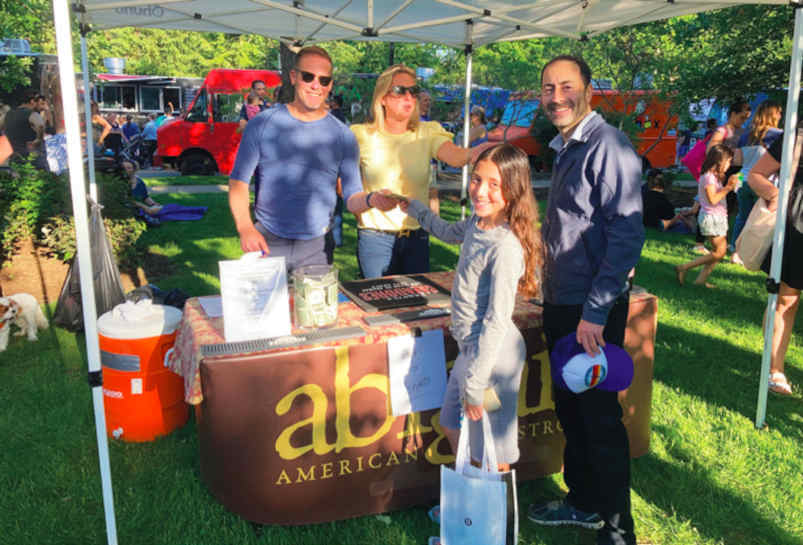 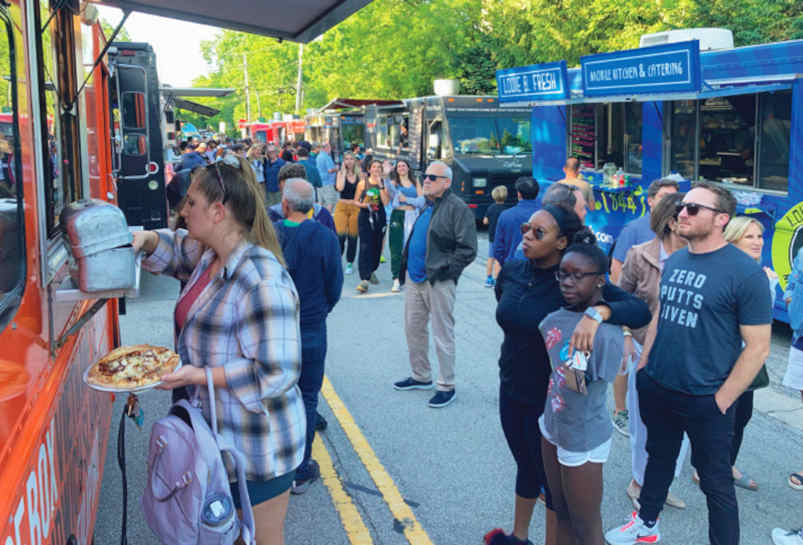 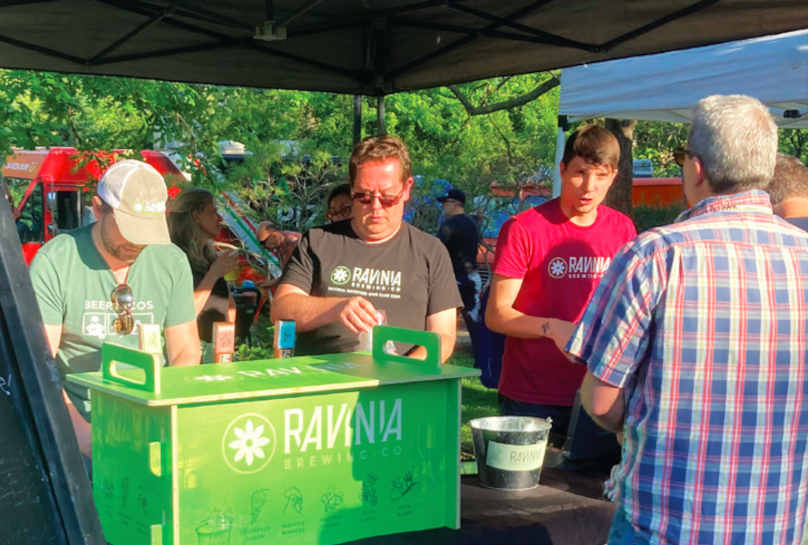 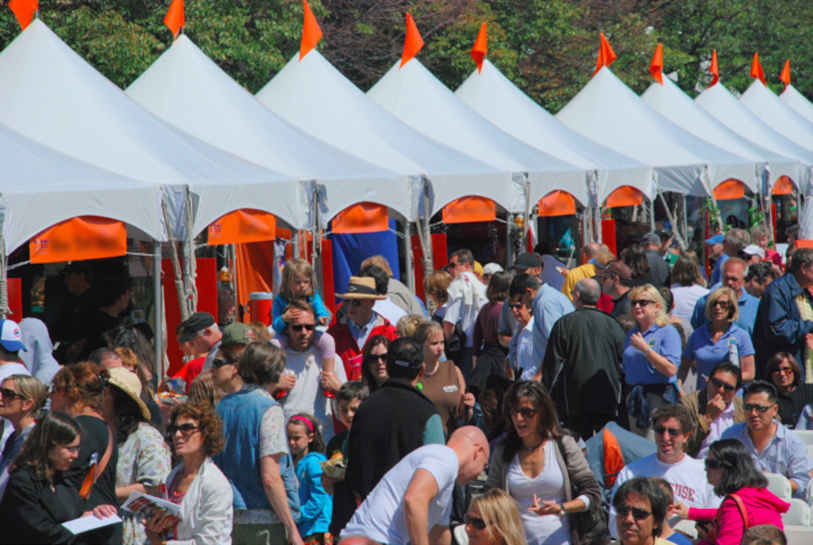 Food Truck Thursdays started in the Ravinia District in 2017 and kicked off this year at the beginning of June. This is one of many events hosted by the City of Highland Park this year to add a little sizzle to your summer.

While Food Truck Thursdays provide a weekly opportunity for the people to gather, grab some grub, and listen to live music, The Lot will offer a series of festivals—music, food, literary, and cars—for residents from Highland Park and the surrounding communities.

Carolyn Hersch, business development manager for the City of Highland Park, says The Lot is part of the city’s overall efforts to bring people from outside the city into the community and to promote community engagement and local businesses.

“We thought about what we could do to bring people downtown,” Hersch says. “We looked at a couple of locations downtown and found that the south end of the North St. John’s lot was underutilized.”

Hersch says they looked at the space and thought about what could be done there given its assets, including its accessibility, visibility from the train, and central location.

“We’re looking to bring people here from outside of the community so they can familiarize themselves with Highland Park and everything we have to offer,” says Hersch. “The intention is to draw people on a regular basis after the events and throughout the year.”

In addition to the Taste of Highland Park, which has been on hiatus the past two years due to the pandemic and is being decoupled from the city’s Port Clinton Arts Festival, The Lot will offer Take-Out Tuesdays from July 12 to August 30, during which families are invited to come out and listen to live music and purchase food to eat-in or to go. A World Music Fest, Vintage Car Fest, and Oktoberfest are also part of the lineup.

Hersch says The Lot fulfills a need expressed by the city’s residents and businesses.

“We’re hoping to bring the community together for food and fun. When we came up with the idea, we went to residents and businesses for their feedback as well as staff and the city council,” Hersch says. “The number one request that we received was to hold more outdoor events and more music.”

Though the restaurant industry is plenty competitive, Boden says the Highland Park business community pulls together to offer quality summer fun and entertainment for residents throughout the North Shore.

“I think [the city] has been really good at just mobilizing and getting these events planned,” Boden says. “We all want the same thing. We want to bring people back to downtown. I think our downtown is pretty lively.”

For more information about The Lot, Food Truck Thursdays, and to view a calendar of events, visit cityhpil.com.