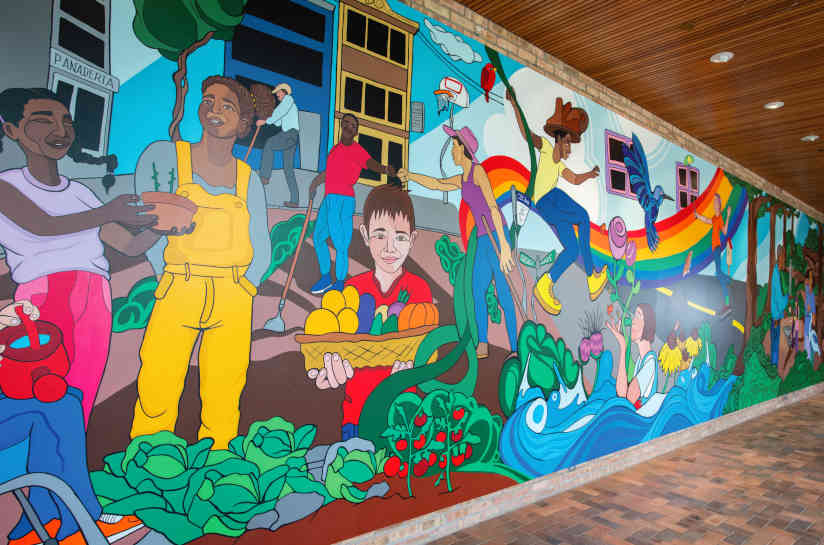 Symbiosis, a work by Chicago-based artist Sam Kirk, is one of ten art installations that are part of the Chicago Botanic Garden’s 50th anniversary celebration.

In 1972, when the Chicago Botanic Garden (CBG) opened its doors, it featured one small garden and one small green house. A little over 20,000 visitors walked the garden that first year. A lot has changed the past 50 years, says Jean Franczyk, CBG’s President and Chief Executive Officer.

“What began as an ambitious vision to have Chicago’s own public garden is now 28 gardens and four natural areas in Glencoe, 16 community gardens and farm sites in Chicago and Lake County, and dozens of conservation and restoration research sites around the country,” Franczyk says. “We are thankful to all who have shown up for nature, supported our conservation mission, and inspired us to keep imagining a future where people and planet thrive.” 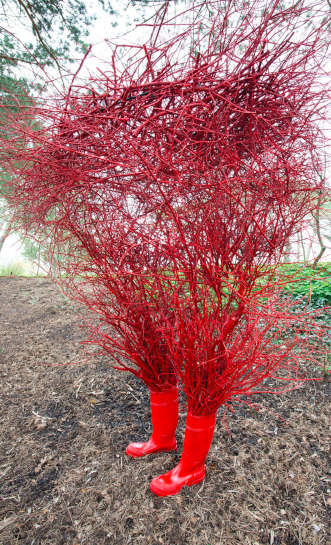 On Friday, May 13, the Chicago Botanic Garden launched a summer-long 50th birthday party titled, “Flourish: The Garden at 50,” which includes 10 works of art by artists from Chicago and around the country and the world. The works reflect the intersection between nature and human creativity. According to Jodi Zombolo, the garden’s Associate Vice President for Visitor Events and Programs, the exhibition was a team effort.

“We had a group of people from different departments in the garden trying to think of a way to really celebrate our fiftieth in a fun way,” Zombolo says. “We know that art and nature often intersect, and so we came up with this idea of not just having one artist, which we have done in the past for the garden, but multiple artists, all of them inspired by the garden to create their piece for us in the celebration.”

To identify the artists, the garden staff put a call throughout the Chicago area and other regions asking artists to submit a statement if they were interested in participating. They then narrowed it down to the ones they felt really were a good fit for the event and asked the artists to submit proposals detailing what they would create. The process identified ten local, national, and international artists. Not all are in the landscaping world. 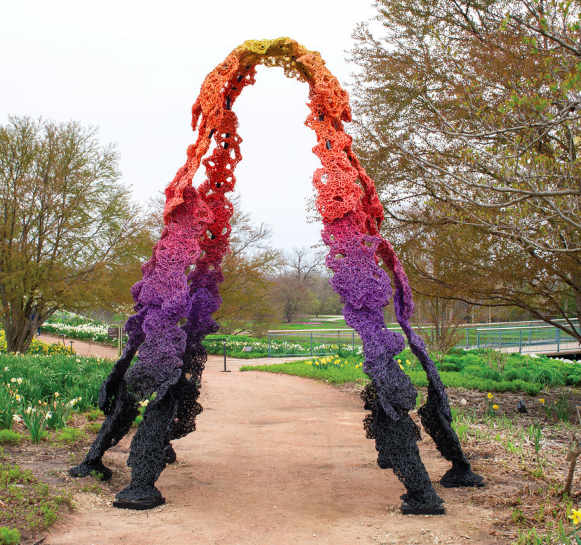 “Patrick Doherty is well known in the botanic garden world, and he’s done these all over the U.S. and overseas, but some of the other artists haven’t done an outdoor piece or even a garden,” Zombolo says. “We worked with them, having them come and look at the place, and really be inspired about what we were going for.”

Zombolo says in their communications with artists they used phrases like sustainability, celebration, and nature-inspired to get the artists to have a good feeling of what the garden wanted. They also wanted artists to think outside the box. 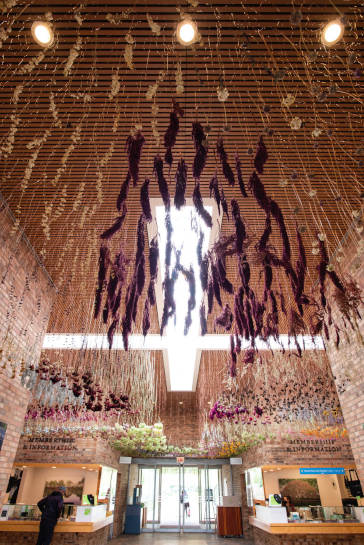 “We really wanted to celebrate all of our accomplishments, the garden’s accomplishments, staff accomplishments, and say, ‘Thank you’ to our patrons, our members, our visitors, our donors, and to our boards,” says Zombolo. “They have all helped us get to where we are today, and we are considered a young garden compared to others that have been around for hundreds of years.”

Zombolo says the 50th birthday celebration is unlike any the garden has undertaken in the past, and she thinks visitors will be “pleasantly surprised” when they come upon the art installations, even if they aren’t aware the party is underway. Other exhibits are also part of the celebration. 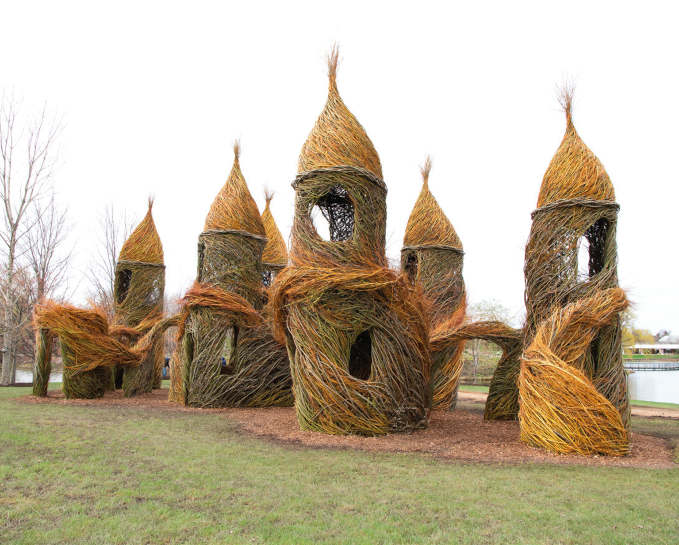 The Rookery, by Patrick Dougherty

“We have an exhibition in our greenhouse galleries that talks about the past, present, and future of the garden, and it’s all done in a really engaging and fun way,” she says. “A lot of it also has to do with our staff stories of what the garden has meant to them or what they’ve seen happen over the many years that they’ve been here.

“If you’re somebody who comes here quite often, you’re really going to be surprised at what we’ve done, and if you’re new, it’s a great excuse to come and just see all of these things happening.”

“Flourish,” which runs through September 25, also includes pop-up events on the second and fourth weekend of each month. On its opening weekend, the garden’s women’s board sponsored a flower bomb on a piece of construction equipment because there’s usually some type of construction happening.

“They were making light of that and having fun with it and doing this great big piece of floral work, and it was just beautiful,” Zombolo says. “We gave away lollipops. where after you eat them, the seeds are in the handle, and you take that home and plant it.”

Zombolo has played a number of roles at the garden, starting in 1994 in the development department. She left in 2000 and returned in 2006 working on public programming. She been there ever since, and the 50th anniversary celebration has personal meaning.

“I found my job the old-fashioned way, literally, in the Chicago Tribune, and circled it with a pen,” she says. “I did meet my husband here, who has worked here for 40 years. We met here and have been married for over 20 years.”

“Flourish: The Garden at 50” runs through September 25. Chicago Botanic Garden is located at 1000 Lake Cook Road in Glencoe. For more information and to purchase tickets, visit chicagobotanic.org.