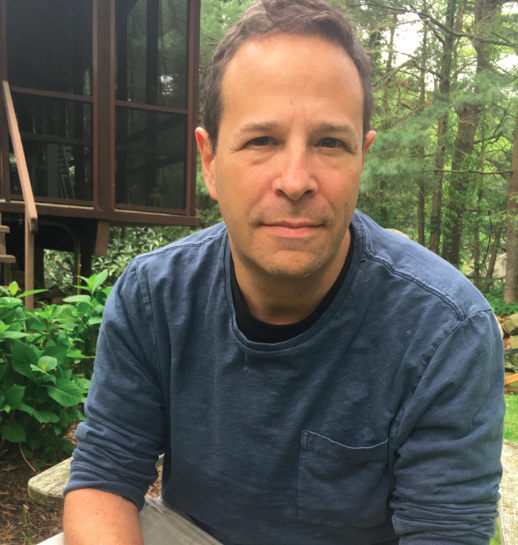 The son of a man who helped resolve the Major League Baseball umpires’ strike in 1979 has written a book about his father.

It’s a home run—if you’re into reading something compelling and funny on practically every page of Glencoe native and prolific author Rich Cohen’s The Adventures of Herbie Cohen: World’s Greatest Negotiator (Farrar, Straus, and Giroux, 2022, 227 pages), a memoir/biography which was released on May 10.

“(My father) wore sweat suits and his Lafayette letterman’s jacket on the weekends,” Cohen, 53, writes of Herbie, 89, when the Cohen family lived in Libertyville before it moved to Glencoe when Rich was 4. “He greeted strangers in town, stood in line with the cars at the bank drive-through—a human among machines—(and) shouted across the street to friends the way he’d shouted to Inky, Bucko, and Who Ha (childhood friends from Brooklyn).

“Everybody got a kick out of him back then,” Cohen, now living in Ridgefield, Connecticut, adds during a phone interview. “He’s hilarious and the best storyteller I know. People would ask him, ‘Where are you from?’ He’d always say, in his Brooklyn accent, ‘Cheyenne, Wyoming.’ It was his running joke. If anybody asked what he did for a living, he’d say, ‘I’m a Presbyterian minister.’”

But Herbie Cohen worships at the altar of negotiation. The former Allstate and Sears employee advised Jimmy Carter during the Iran hostage crisis in 1980 and 1981. Companies and governmental bodies hired the serial lecturer as a negotiating strategy consultant. And, for his debut as a published author, he wrote the groundbreaking 1980 book You Can Negotiate Anything while holed up for eight months in a cramped office in his Glencoe basement. 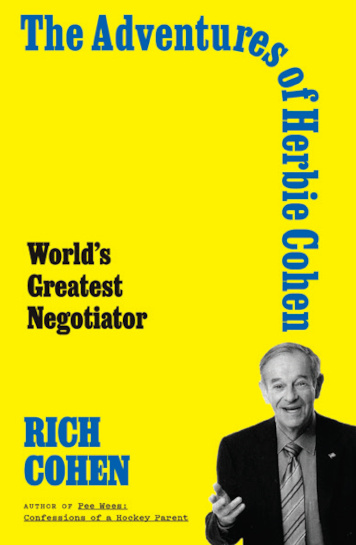 “He said goodbye to us one morning, went down there, and stayed down there until he’d finished,” says Cohen, a New Trier High School graduate who has written a slew of books, including Tough Jews: Fathers, Sons, and Gangster Dreams; Lake Effect, Sweet and Low: A Family Story; Monsters: The 1985 Bears and the Wild Heart of Football; and Pee Wees: Confessions of a Hockey Parent.

“My dad drank pots and pots of coffee and ate nothing but lettuce and bread each day. He wrote the book by hand, using a calligraphy pen and legal pads.”

It was rejected by 18 publishing companies before the late author and independent publisher Lyle Stuart accepted it. The book isn’t a business book, or a self-help book, or a humor book, or a memoir.

“It’s all of those, and it became a publishing phenomenon,” says Rich, who was born at Lake Forest Hospital and is the youngest of Herbie and the late Ellen’s three children. “It was written for regular people, not executives. It helps people who are afraid to negotiate the price of a car at a dealership, or for people who think the price of dishwasher is the price they have to pay for it. Everybody has power. My dad’s strong belief is, ‘Power is based on perception; if you think you got it, you got it, even if you don’t got it.’

“His lessons in the book,” he adds, “are about the same thing: empowerment.”

In 2003 Herbie Cohen penned his second book, Negotiate This!

The first line in Herb Cohen’s first book: “Your real world is a giant negotiating table, and like it or not, you’re a participant.”

An anecdote to illustrate a rather unusual from of negotiating, featuring a 9-year-old, 50-pound Rich Cohen, follows shortly thereafter. Rich abhorred eating at restaurants, especially those with dark dining areas. So, to express his displeasure, he stood on a chair inside a Northbrook eatery and yelled, “This is a crummy restaurant!”

The Cohen family left the restaurant.

The message: even a fourth grader, who weighs about as much as a large bag of dog food, can get what he wants.

“My dad didn’t take me to another restaurant for 10 years,” says Cohen, the father of four sons (Aaron, 17; Nate, 16; Micah, 14; and Elia, 6) with wife Jessica. Herbie Cohen’s first book reached No. 2 on the New York Times Bestseller list. The elder Cohen’s favorite saying is, “The secret of life is to care, but not that much.”

Herbie Cohen essentially treats life’s moments as games, even the ones that appear dead-serious. If you approach a negotiation as if it were a game, his thinking goes, you’ll have a blast and be more successful.

“He practices Jewish Buddhism,” the son says. “He preaches engaged detachment. To him it’s important not to get fixated on a particular outcome. Always be willing to walk away—from the car, the house, the property. Once you see life as a game, and the things you strive for as no more than pieces in that game, you’ll become a much more effective player.”

The son’s latest book also recounts his father’s lifelong friendship with television and radio host Larry King (born Lawrence Harvey Zeiger), who died in January 2021. They were 10-year-old classmates in New York when both got in trouble and thus had to serve as crossing guards.

The pair argued while serving their punishments. Larry thought the time spent crossing kids on their way to school was worthless, a joke: Herbie did not. To prove it, Herbie held up his hand in the middle of Nineteenth Avenue, bringing traffic to stop. His hand stayed up for quite a while. Vehicles sat idle in a stretch of three blocks.

“It’s a position with real power,” Herbie told Larry then.

Like he did with each of his previous books, Rich let Herbie read The Adventures of Herbie Cohen: World’s Greatest Negotiator before it was published.

Rich Cohen will appear at The Book Stall to discuss his latest book on Wednesday, May 18, beginning at 6:30 p.m. It is free and open to the public. The Book Stall is located at 811 Elm Street in Winnetka.