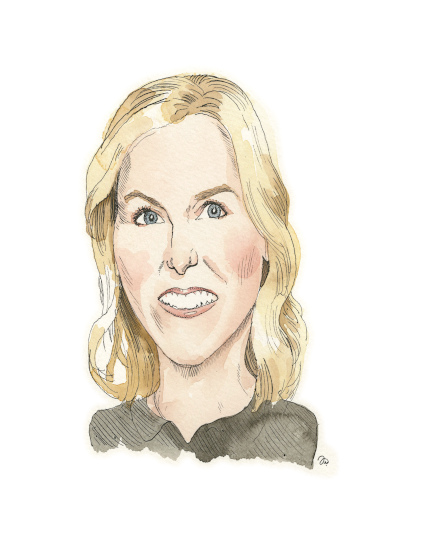 The moment Patrick Roemer saw Cici for the first time at a Libertyville shelter dog fair in 2014, he flashed a smile that his mother, Fronzie, continues to recall every day.

It was the summer before the start of Patrick’s seventh-grade year at Deer Path Middle School in Lake Forest.

“Patrick’s smile that day was huge,” a beaming Fronzie, 51, says nearly eight years later. “Cici became his favorite dog after we took her home, and the pet he’d find and hold when he was having a bad day. Their strong connection was immediate.

“We called Patrick ‘The Animal Whisperer’ because of how well he bonded with all animals,” adds the Glencoe native and New Trier High School graduate. “Dogs, hamsters, even mice. When he was in fourth-grade he named his hamster “Erin” because it was a female and he couldn’t name it “Aaron” after his favorite football player (Green Bay quarterback Aaron Rodgers). A mouse sauntered near us one day in Highland Park. Patrick thought nothing of it as he reached down and picked it up.”

The Roemer family had begun to notice that Patrick was suffering from depression and anxiety during his middle-school years. Cici’s comforting presence and attentiveness made Patrick’s debilitating days bearable ones.

But his mental illnesses were relentless. Patrick didn’t leave his room for six months in one unsettling stretch when he was a teenager, and he spent several months at a therapy facility in Montana.

Cici died unexpectedly on the first day of Patrick’s senior year in August 2019. Nearly nine months later Patrick—who would have attended Colorado State University—died by suicide at the age of 18.

Fronzie Roemer and her family (husband Steve and their children, Ben, 22, and Mags, a Woodlands Academy junior) launched Paws for Patrick in September 2020. Its mission is to facilitate the acquisition of emotional support animals (ESAs) for young people coping with mental health illness by providing and sourcing animals, as well as training and educating, and securing letters of certification for ESAs.

Paws for Patrick also provides opportunities for young people to interact with therapy dogs in group settings and individual sessions. Another integral part of the non-profit organization’s mission is to break the stigma of mental illness. More than 20 percent of U.S. adults, the equivalent of 52.9 million people, experienced a mental illness in 2020, according to the National Institute of Mental Illness.

May is Mental Health Awareness Month, but Paws for Patrick plans to kick off its Second Annual “Turn Our Towns Green” series of events on April 30. Twenty-two communities (14 more than last year’s total) in the Chicago area—as well as the University of Iowa’s Panhellenic Council—will accept donations and hand out green ribbons and lawn signs to bring attention to the stigma surrounding mental health.

Residents and local businesses are encouraged to tie green ribbons on trees near their homes and stores/offices to demonstrate support for ways to chip away at the stigma.

“A disease took Patrick away from us,” says Roemer, a Northbrook fitness instructor who earned a BA in Psychology at Denison University in Ohio and held several positions at nonprofits, including Kohl Children’s Museum (in Wilmette, before it moved to Glenview), Boy Scouts of America, and Easterseals DuPage & Fox Valley in Villa Park. “People are starting to talk more openly about mental illnesses. We’re making progress, for sure.

“I’m still learning things about mental illnesses, and more and more people are accepting that mental illness is prevalent. This is real. Since the start of the pandemic, if a person hasn’t suffered from a mental illness, that person most likely knows at least one person who has.”

Shortly after Patrick’s death, Roemer received many notes from his friends describing how helpful he was in a variety of settings.

“This one friend did not like English class at all but still enjoyed attending it, mostly because Patrick was in the class. Patrick would listen to this friend, chat, and … simply be there. Patrick had a delightfully irreverent sense of humor.

“You would have loved being around him,” she adds.

Roemer likes to work out, run, bike, and hike in her free time. Each activity doubles as a coping mechanism for grief. Praying, journaling, and looking into the eyes of her family’s dogs—Indy, a Whippedor, and Ollie, a part-yellow Labrador—help, too.

“Patrick’s animals, especially his beloved dog Cici, provided him with a sense of peace and love that no human could ever provide,” the Paws for Patrick site (pawsforpatrick.org) states. “This work can never bring Patrick back, and the pain of his loss will never go away, yet his memory and his legacy still live on in the most profound way.

Roemer and her husband often run together from their house to the beach. It’s a three-mile journey. Fronzie surveyed the sea glass one day and noticed a green piece resting next to a yellow piece. Green Bay Packers colors. Hello, Mom.

“I then asked Steve to keep looking for another sign from Patrick,” Fronzie recounts. “And he did. He looked down and saw a heart-shaped sea glass.”

That Patrick Roemer smile, the one he broke into at the first sight of Cici all those years ago?

But it continues to warm hearts.

For more information about Paws for Patrick, including volunteer opportunities, “Turn Our Towns Green” and other upcoming events, and how to donate, visit pawsforpatrick.org. Its email address is [email protected]