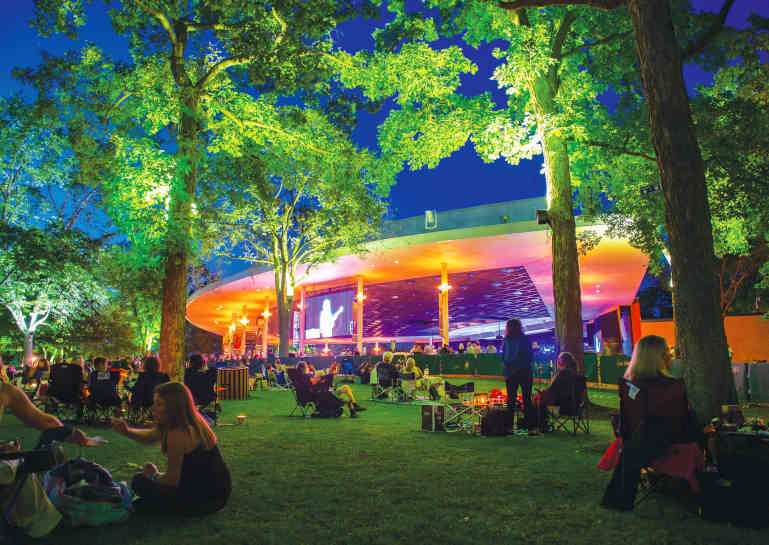 Ravinia Festival unveils a full, summer lineup this season with more than 100 concerts between May 20 and September 18.

Ravinia Festival President and CEO Jeff Haydon began his tenure at North America’s oldest outdoor musical festival shortly after the end of its dark season in 2020.

The pandemic had reduced Ravinia Festival to an idle venue in Highland Park.

More than a glimmer roused the nonprofit cultural institution in 2021, as it opened its gates for some 250,000 concertgoers in what amounted to two-thirds of a season.

Prepare to be blinded in 2022, music and dance lovers. Ravinia Festival’s full, stellar summer lineup features more than 100 concerts from May 20 through September 18. 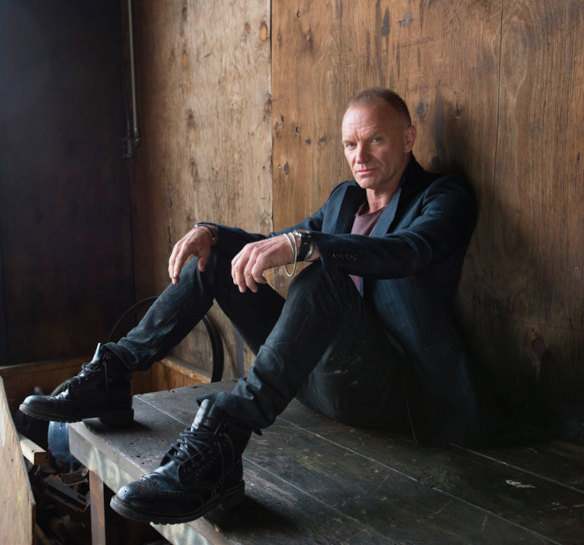 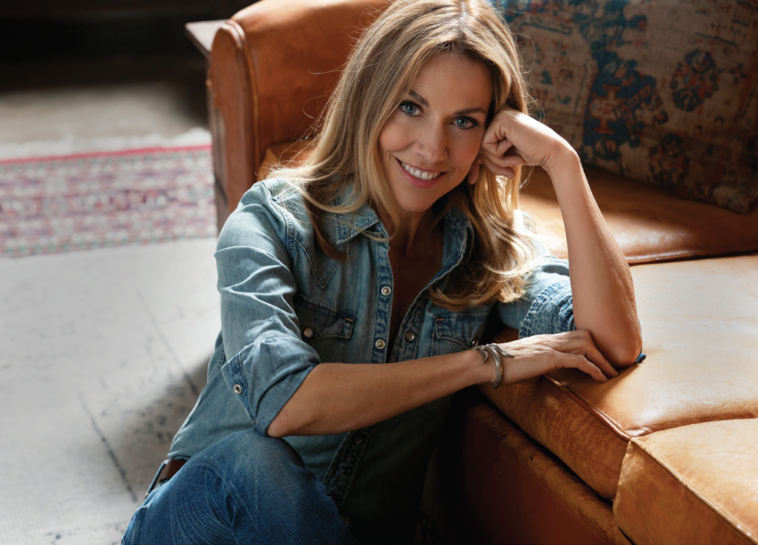 “I’m really looking forward to attending a number of concerts this summer,” Haydon says. “Ravinia is the premier music destination each summer for listeners of all generations. We have a robust lineup of events ranging from global music, jazz, country, and hip-hop, to indie rock, pop, family shows, and, of course, classical, featuring the Chicago Symphony Orchestra in residence.

“People,” he adds, “are ready to get out and visit us. We’re looking for a record season.”

Tickets go on sale May 4. 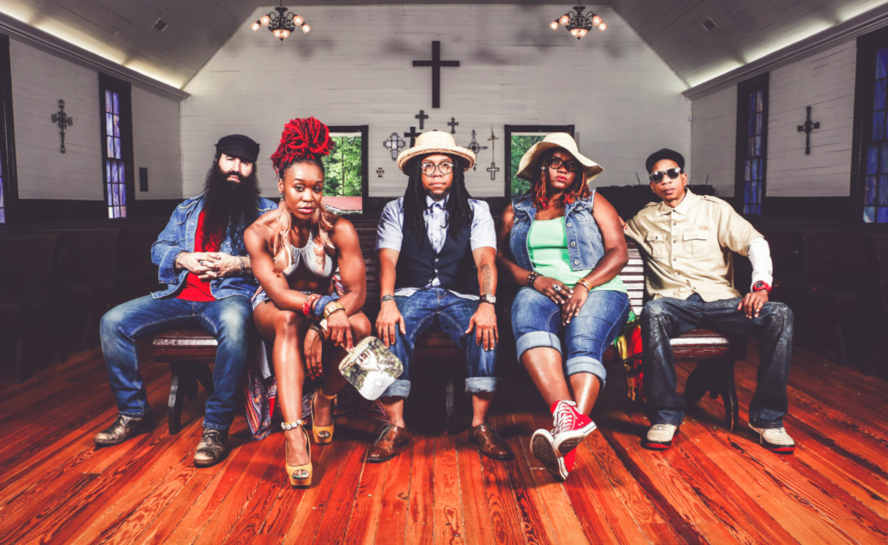 Ruth Page Civic Ballet kicks off the season with an event held at the Festival’s Bennett Gordon Hall on May 20. The ballet training company returns to Bennett Gordon Hall for another performance the next day, with special guests Giordano Dance Company, DanceWorks Chicago, Hedwig Dances, and Porchlight Music Theatre.

Hubbard Street Dance Chicago brings its mission of gathering artists, art, and audiences to enrich, engage, educate, and change lives through the experience of dance to Ravinia Festival’s Pavilion on September 16. 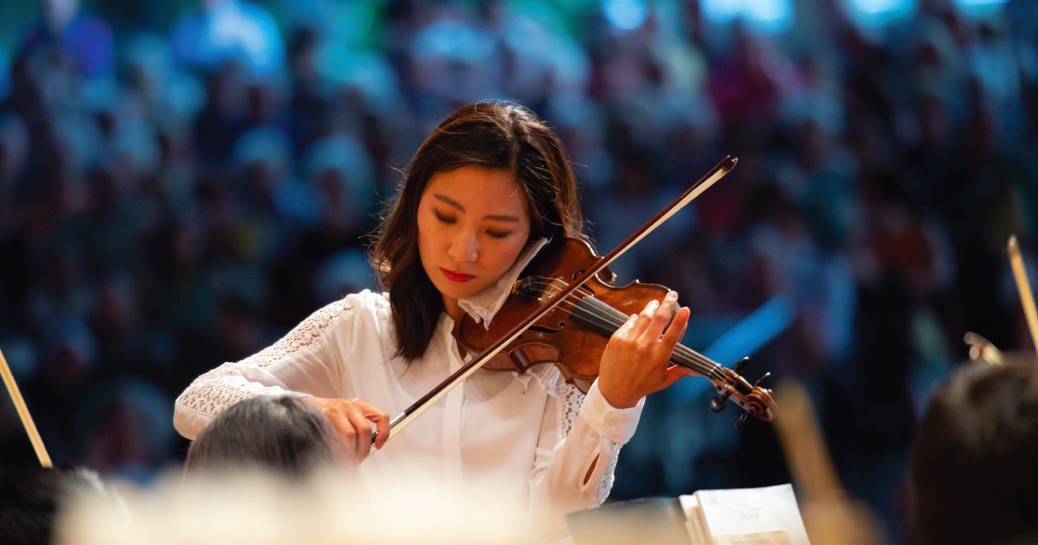 If Haydon has a livelier than ever spring in his step these days, you could point to Ravinia Festival’s inaugural Breaking Barriers festival (July 29-31), curated by Chief Conductor Marin Alsop and featuring the Chicago Symphony Orchestra, as the primary reason.

The festival celebrates the diverse artists and leaders at the forefront of classical music today and in the future, this year focusing on women conductors. The celebration includes three main-stage concerts with wrap-around programming and events each day, such as roundtable discussions, master classes, symposia, and a film screening of The Conductor, a documentary chronicling Alsop achieving her childhood dream told through professional and personal encounters.

In February, Ravinia Festival extended Alsop’s contract as Chief Conductor for three years, through the summer of 2025. Alsop curates and leads three weeks of programs with the CSO each summer, including the festival’s annual fundraising gala concert, and will work closely with Ravinia’s Reach Teach Play education programs to inspire young Chicagoland musicians.

“Marin’s leadership and mentorship continue to inspire a diverse range of artists to shape the future of classical music,” says Haydon, a California native who, before assuming the helm at Ravinia Festival in September 2020, held positions with the CSO, Fort Wayne Philharmonic, and Aspen Music Festival.

One of Alsop’s early heroes and mentors was Leonard Bernstein, the first American-born conductor to lead a major American symphony orchestra. Through his music he canonized the female voice. The CSO will perform Bernstein’s Kaddish Symphony on day three of Breaking Barriers. 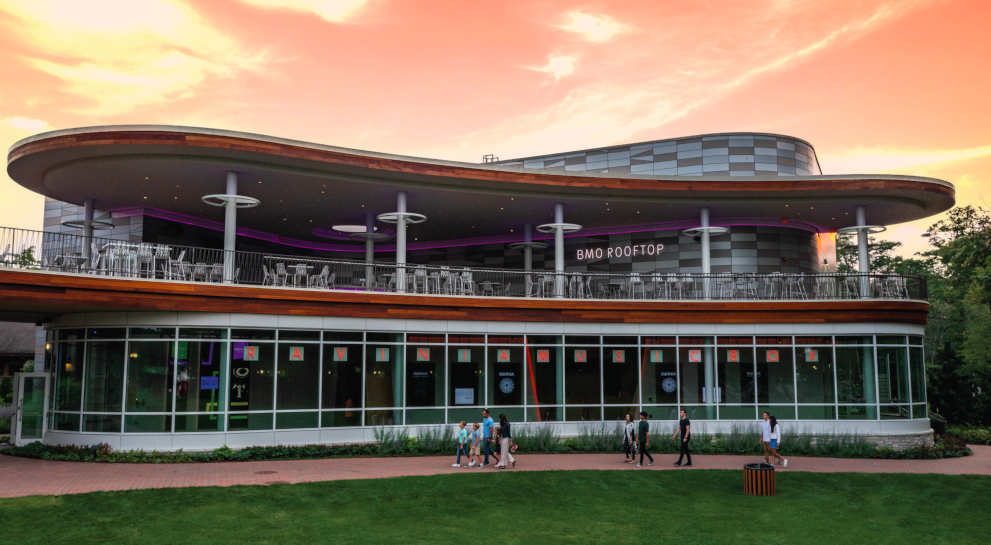 “Looking at history, there have been a number of remarkable women conductors,” Haydon says. “Unfortunately, for too long, they have been overlooked because of the predominant focus on male conductors.

“It’s time,” he continues, “to spotlight females and recognize their significant contributions as conductors, and we’re excited to do that this summer at Ravinia Festival.”

“Our gala,” Haydon says, “is one of the most anticipated events on the North Shore each year. We’re excited. Who wouldn’t be? The CSO, backing up Leslie Odom Jr., in his Ravinia debut … I can’t think of a more uplifting musical performance than that.”

Among Ravinia Festival’s other offerings in 2022: The Ravinia Music Box— “Bernstein’s Answer.” An immersive, 4-D theater experience designed to introduce one of music’s most iconic figures to audiences of all ages, it will be open (free admission) to patrons on all Pavilion concert dates, from gate opening until intermission; roughly two dozen, free performances from the Ravinia Steans Music Institute’s young professional pianists and string players, classical singers, and jazz musicians at Bennett Gordon Hall; The Lion King: In Concert Live to Film, with Chicago Philharmonic, Thiago Tiberio, conductor (June 29); and concerts by the Steve Miller Band (June 23), Dwight Yoakam (July 2), Bonnie Raitt (July 27), and Diana Ross (September 7).

Ravinia opened on August 15, 1904, as a high-end amusement park—complete with music pavilion, baseball stadium, and dance hall—as a reason to get people to ride the uncompleted train line connecting Chicago and Milwaukee. When the railway failed financially a few years later, local businessmen purchased Ravinia and started operating it as a music festival. In 1936, the nonprofit Ravinia Festival Association assumed ownership of the 36-acre park, and the festival’s long and enviable relationship as the summer residence of the Chicago Symphony Orchestra began.

Known for presenting music of all genres, Ravinia believes in the power of shared live-music moments to inspire ourselves and the world.

“Time spent at Ravinia Festival—it’s certainly something we all could use now,” Haydon says.