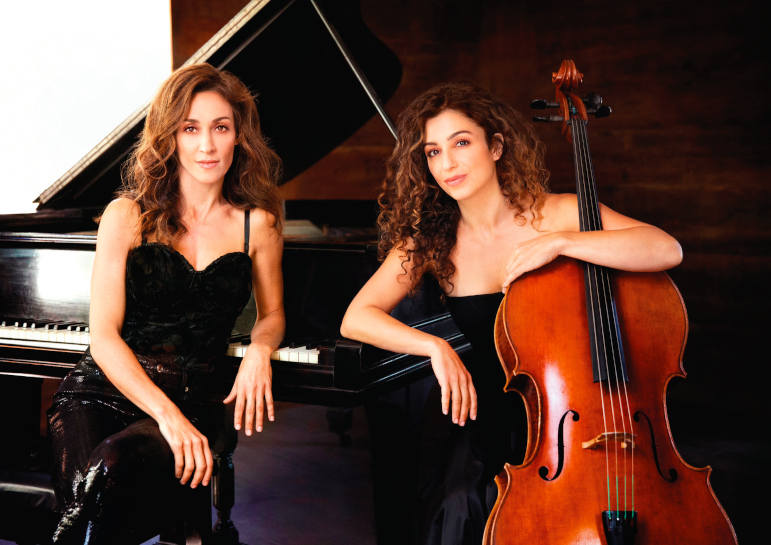 Music was perpetually in the air at home for Ani and Marta Aznavoorian, who grew up in Barrington with strong musical influences from their father, Peter. Third generation Armenians, the two sisters and their brother, Marty, learned to play instruments early on. While Marty, with his father’s urging, landed on the violin, a staple of Armenian music and culture, Marta took to the piano and Ani the cello.

Though Marty ended up studying medicine instead of pursuing a career in music, both Ani and Marta have established themselves as top musicians in classical music. Marta is one third of the acclaimed, North Shore-based Lincoln Trio and, along with other projects, is currently Artist in Residence at the Music Institute of Chicago. Ani is principal cellist in Camerata Pacifica, a California-based chamber ensemble that plays in intimate venues between Santa Barbara and Los Angeles. Both have traveled the world performing separately and together as the Aznavoorian duo. 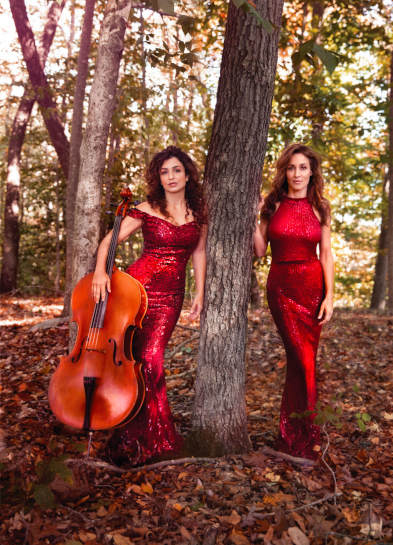 Ani Aznavoorian (left) plays a handcrafted cello made by her father, Peter. Marta Aznivoorian is a Grammy-nominated Steinway Artist.

It wasn’t until the pandemic that the two sisters were given the opportunity to achieve one of their dreams—recording a musical tribute to their Armenian roots. With traveling and live performing suspended, the two were able to get together in Chicago last August to record “Gems from Armenia,” which includes interpretations for piano and cello of some historically important works by Armenian composers.

Marta says she and Ani always knew they would record an album of Armenian music; it was just a matter of timing. The recording was released on Friday, April 15, by Cedille Records, the nonprofit label dedicated to supporting Chicago classical musicians. 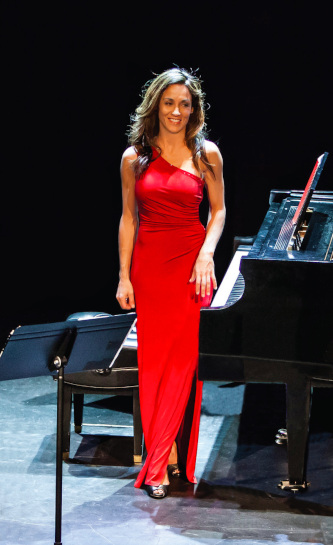 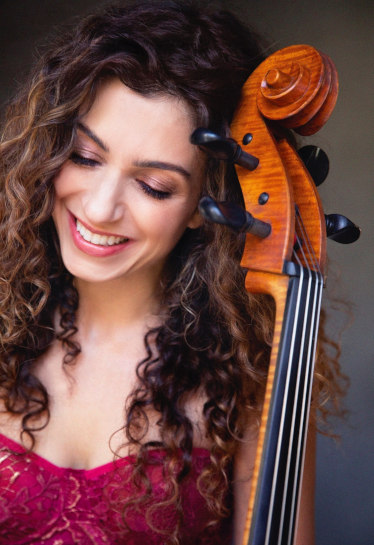 Marta Aznavoorian (above) and her sister Ani Aznavoorian (right) have traveled the world separately and as the Aznivoorian Duo.

“Gems from Armenia” is a sort of survey of old and new composers, in chronological order, and somewhat serendipitously includes a new composition by American composer Peter Boyer—who has written hundreds of compositions for film and for orchestras around the world. The recording has a distinctively melancholy feel, which reflects the struggles of the Armenian people throughout its history.

“The CD is in three sections. The first section is the original Armenian music from Komitas Vartabed, a priest and arranger. He arranged thousands of Armenian folk melodies and he really gave us the flavor of Armenian music as we know it today,” Marta says “It’s really that minor modal, melancholy sound that comes from him. Then we move into late-19th Century, early-20th-Century, composers from the Soviet Union like Aram Khachaturian.”

The recording finishes with more modern works by Armenian composers, some of whom are still alive, and closes with the work from Peter Boyer.

The Boyer composition, titled “Ararat,” is an ode to the disputed region of Armenia that includes the mountain mentioned in the Bible that some historians believe to be where Noah’s ark landed after the flood. Though it now—disputedly—resides within the borders of Turkey, it is considered a national symbol for Armenians.

“We just really felt that we needed to represent not just our Armenian Heritage but our American side,” Marta says. “We are essentially American-Armenian, so we really wanted something to integrate the two.”

For Ani Aznavoorian, it was also important for the first recording by the Aznavoorian Duo to capture their Armenian heritage.

“This is our first album as a duo, so we wanted to present ourselves in the most personal way possible,” Ani says. “We could have recorded all Beethoven sonatas or something like that, but for this first album we really wanted to make it from our hearts.”

Ani says so much of the music they recorded was what they heard during their childhood in church and at concerts and events. Her and Marta’s family was heavily involved in the Armenian cultural scene in the Chicago area.

“We’ve heard of lot of these melodies from our childhood, and it feels like it’s in our blood,” Ani says. “The core of the album are these Komitas pieces—he was known as the grandfather of Armenian music—and all of the composers since Komitas kept that Armenian flavor.”

“The genocide unfortunately defines our history,” Marta says. “We are a very resilient people, and we can adapt in a lot of different ways to survive in many different situations.”

“Gems from Armenia” is available now on streaming services and online music retailers, including cedillerecords.com.