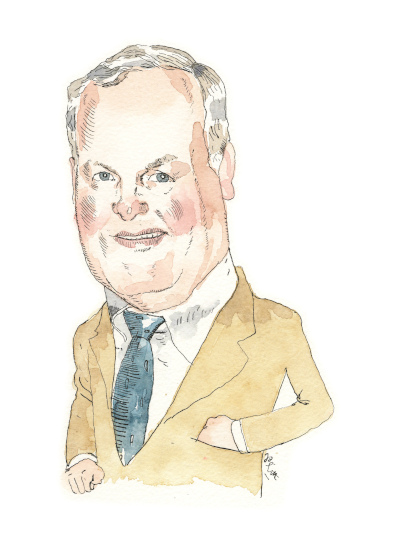 Charles “Corky” Leighton was a strapping lad while growing up in Toledo, Ohio. He had reached the height of six feet before the end of seventh grade, a veritable Gulliver among his peers.

“I loved baseball,” Leighton says. “I loved to pitch. But I threw only fastballs. No junk balls; no breaking pitches. In practice one day, a coach planted (an upright) broom between the mound and home plate and told me to throw breaking pitches around the outside of the broom.

“I kept hitting the broom.”

He’s been raking in awards and accolades ever since—in tennis. Leighton, 75, ditched his glove, focused on tennis, and later followed in Art’s and Cap’s sneaker steps.

The world of tennis, especially in Illinois, is a better place because of the decision.

Leighton, of Northbrook, had reduced his hours as a teaching pro at College Park Athletic Club (CPAC) in Bannockburn when he began his coaching career at the prep level, joining the boys’ tennis staff at LFHS in 1996.

“I felt I needed to cut back my commitment to private and group lessons,” says Leighton, who still teaches tennis on Sundays and occasionally fills in for colleagues at CPAC. “But, eventually, I kind of missed being on the courts regularly and helping players develop their games. I’m grateful for all the seasons I’ve been able to coach at Lake Forest High School. We’ve had some amazing teams, some amazing players.

“I try to make it easy for our players. I meet with the players’ parents before the start of each season and tell them, ‘The No. 1 goal is to see to it that each player knows the importance of academics.’ I also tell them, ‘But we are in the market to develop the entire person—the student-athlete—mentally, physically, and emotionally.’”

“Made 25 cents an hour doing that,” says Leighton, a nationally ranked serve-and-volley netter as a teen and a two-time state runner-up in doubles. “Dad would pay me after a week of work. I remember telling him, ‘I want to save up to buy gut strings for my racket.’ Dad told me, ‘Fine, but you’ll have to work two weeks to earn enough for those strings’.”

The Leighton family moved to Springfield, Ohio, after Corky’s sophomore year in high school. The Leightons moved again a couple of years later, this time to Chicago when Corky was 18. Art Leighton worked as a tennis racket and strings salesman and once chair-umpired a professional exhibition tennis match featuring a tempestuous John McEnroe.

Corky Leighton played scholarship tennis for two seasons at Toledo University before transferring to the University of Illinois-Champaign to major in math and psychology; he chose not to rip winners for the men’s tennis squad at the Big Ten school.

Leighton enlisted in the U.S. Air Force and served one year during the Vietnam War. Upon retuning stateside, he found time to teach tennis on the side (Highland Park Racquet Club was one of his employers) while working in the life insurance and public health industries.

“My (maternal) grandfather, Harold Kistler, was a doctor, a brilliant man, a calm man,” says Leighton, who, with wife Kathy, raised two children—Josh, Deerfield High School’s boys’ tennis coach, and Katie. “I remember talking with him one day and deciding to go into public health because of what he said. The world didn’t need more doctors and specialists, he pointed out. What it really needed was more people who had the ability to convince people to take better care of themselves.

“He had a huge influence on me.”

So did Art Leighton. Corky, a teenager at the time, was leading 6-2, 4-1 in a tennis match when his opponent began crying during the changeover. Leighton asked, ‘What’s wrong?’ The player informed Leighton that a loss would result in a severe punishment at the hands of his father at home. A concerned Corky then asked a courtside Art what to do.

“My father,” Corky recounts, “told me to approach the net right before match point and shake my opponent’s hand. And that’s what I did. That kid won by default. That kid would not get beat up by his dad that night. My dad (who died in 2008, at age 84) came through, again, that day. That was my dad, a man who had a solution to everything, a man who liked to comfort the people around him by saying, ‘We can work this out.’

The perpetually classy Corky Leighton exudes a similar aura for his Scouts during a tennis season, be it during an early-season dual meet in frigid temperatures or at 4-3 in the third set of a state championship match in blistering conditions. He’s your favorite teacher one minute, your favorite uncle the next, and your favorite tennis sage whenever you want him to be.

“I’m all for collaborative coaching,” Leighton says. “I like to get input from my players, my coaches, our players’ parents, and outside coaches. And I’m always encouraging my players to be appropriately assertive. By that I mean, be a good sportsman and stand up for yourself during competition.

“The most important part of my journey in coaching has been maintaining strong team unity; I love when I see that, because nothing’s better than that at this level.”