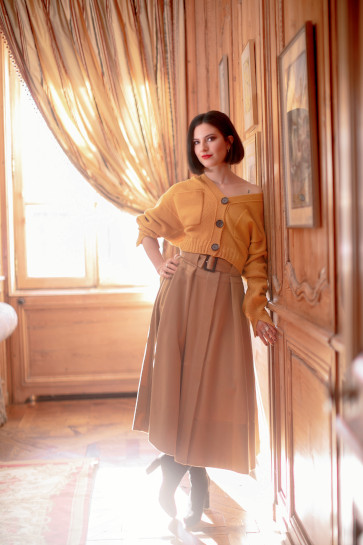 Thanks to two parents who respect the arts, Ciara Connell considers herself a lifelong creative. She spent her childhood in Lake Forest as a dancer but pivoted to painting after a career-ending leg injury in high school.

Hours were spent flipping through her parents’ oversize art-themed coffee table books, admiring pieces by abstract visionaries like Picasso, Matisse, Rothko— many of whom have since inspired her work.

“Dancing had filled up so much of my time and energy and when it was gone, there was a massive void in my life,” says Connell. “I felt so empty, like I had lost a vital part of my identity. It was in this dark time that I found my way back to art, and it has been a major part of my life ever since.” 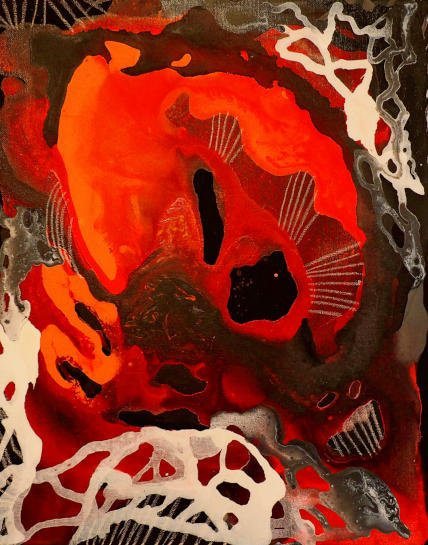 Her paintings are large-scale and abstract, colorful and atmospheric, meant to evoke the feeling of longing to physically step into the work. In her earlier works, Connell explored the dichotomy between beauty and the grotesque, studying the processes of artists like Egon Schiele, Lucien Freud, and pieces like Guernica by Picasso.

“They have such allure but can also feel eerie and strange,” explains Connell. “But a good artist should always be evolving and that also goes for the art they are making.”

That said, her work today is influenced more so by artists like Gerhard Richter, Helen Frankenthaler, Jackie Saccoccio, and Elaine de Kooning. Connell often plays with color and layering, using squeeze bottles—or even sometimes hot sauce bottles, eye droppers, and turkey basters—and very wet paint in a way that the paint falls indiscriminately and travels across the canvas in unique pathways. 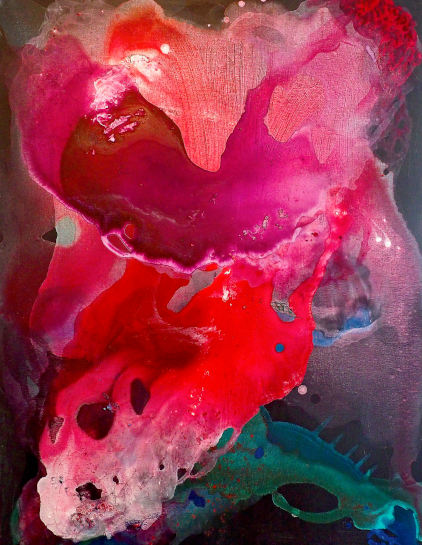 She uses various forms of leverage for her canvas to influence the shapes and directionality of the paint, propping it up on one side or the other, but generally, spontaneity rules over intention.

“I love the idea of intentionality and unpredictability,” says Connell. “It seems very human and reflective of life. As much as I can go into working on a painting with a plan, that plan will never be. The art becomes as it is meant to be. Sometimes I am simply a witness.” 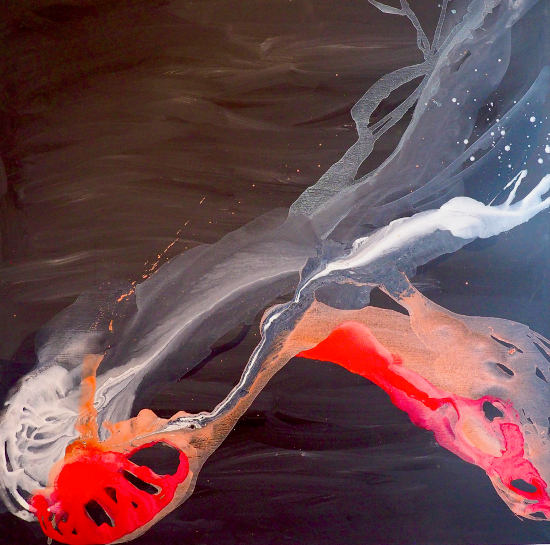 Connell finds inspiration in the people she meets, the streets of New York City, where she currently resides, and the world at large. Another source of inspiration? Connell currently interns at a middle school in Brooklyn, using art as a therapeutic tool for children.

“I can see how much easier it is for children to open up to me when they are occupied with drawing or sculpting,” says Connell. “Eye contact can be difficult for some people and can hinder honesty. When a child gets into art, they feel less pressure and can explore their feelings and creativity. The art they make and their resilience is inspirational in itself.” 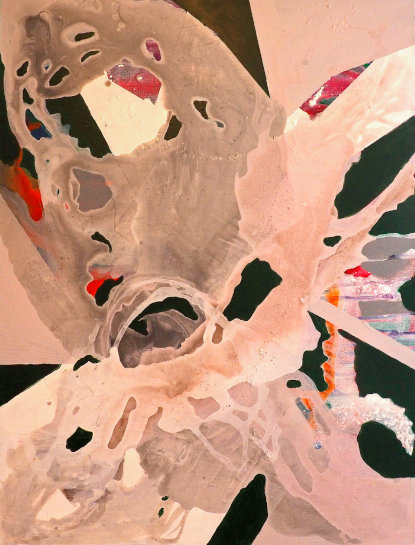 That said, Connell is today pursuing a master’s in creative art therapy through the Pratt Institute. A client of art therapy herself, Connell says she struggled with mental health in her younger years and sought the support of an art therapist, who let Connell play with different materials, like clay, and work with her hands during their sessions. The process, she says, made it much easier to share and navigate her emotions.

“There is something to be said about mind and body working in tandem,” adds Connell. “The tactility let me work out my frustrations and helped me cope with negative feelings that I did not know how to handle as a young adult. Art therapy has saved my life in many ways, and I want to share that gift with others. Language limits us, but art is universal. It can be the communication when we feel that we have no words.” 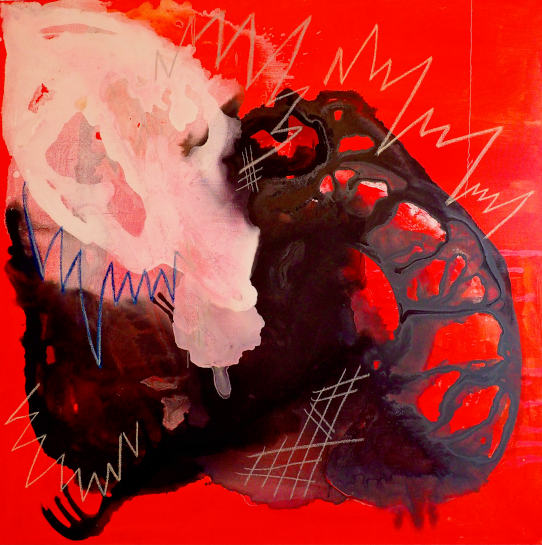 She still works with the same therapist, who also attended Pratt and has now become a mentor. Connell hopes to one day see art therapy more heavily integrated into schools, hospitals, and private practices. She’s currently writing her thesis on the effect of art therapy for children who have witnessed domestic or intimate partner violence in their homes, hoping to spotlight the ability of art therapy to give a voice to those without.

“Working through a pandemic has been odd and serendipitous in many ways,” says Connell. “I myself had to adjust to a world I had never experienced. More than ever, we need each other and need accessible and affordable mental health services.” 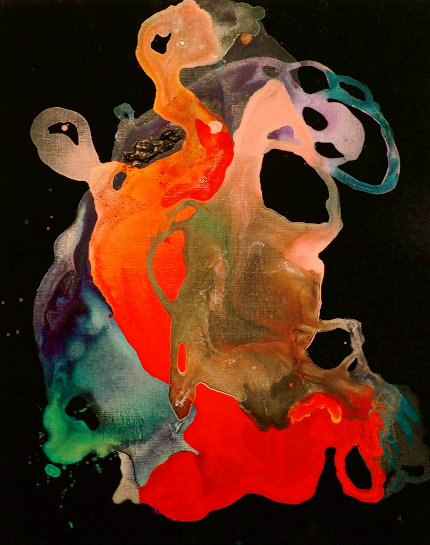 She still plans to continue to use her personal art as an outlet post-graduation in May. Connell has sold her art to buyers across the globe, from London and Ireland to New York City and Buenos Aires, and even resided in London for a few years, hosting an exhibition in Peckham with 12 works she created in her London studio. 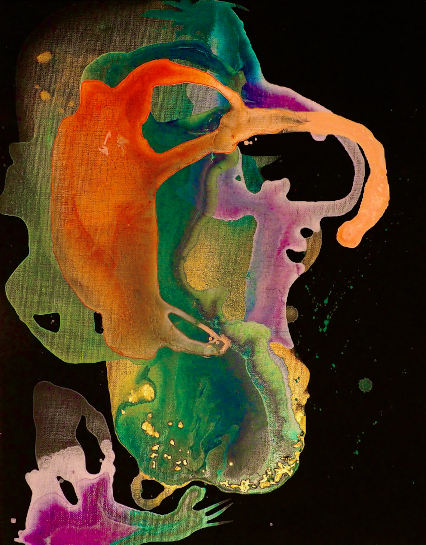 “Studio is a kind word for the small, closet-like storage container I found myself painting in while living in London,” laughs Connell. “But I was blessed to have it and made some of my favorite paintings in that small space. It was an adventure in every sense, and I would do it again.” 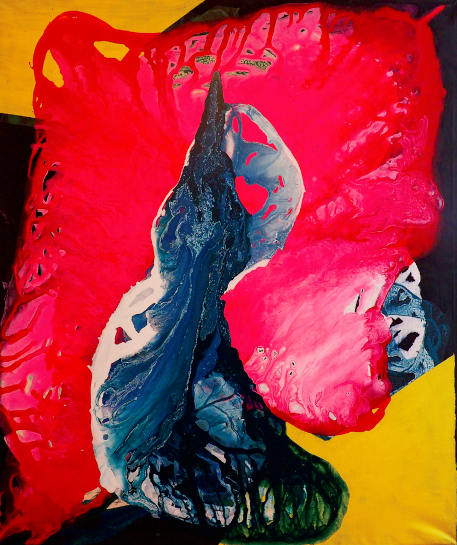 Connell is now planning her next art show in New York City and finishing her thesis.

“I have a lot of work to do and am up for the task,” she says. “Pursuing the arts is a privilege. Art has always reminded me who I am.”