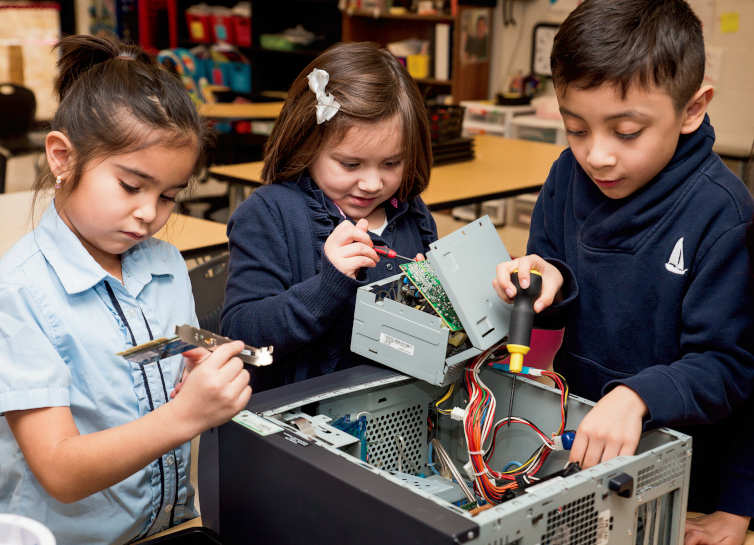 Fourteen years ago, Nancy and Scott Santi were invited by a Winnetka neighbor to explore an organization they had never heard of—LEARN Charter School Network. The years following that meeting have been spent nurturing LEARN students, mentoring LEARN leaders, and growing the LEARN system. As chairs of the 20th Anniversary Fund, these two ardent supporters have committed to help LEARN Charter School Network celebrate a successful past while planning for an even brighter future.

LEARN Charter School Network prepares low-income, minority students with the academic foundation and ambition to earn a college degree. “From that very first meeting, I was really struck by the phrase ‘ambition to earn a college degree.’ For so many of us, the option to go to college was always there. I was excited to see a system focused on creating ambition, drive, and vision,” Scott recalls. Unlike other Chicago charter schools, LEARN positions itself as a college-prep school. Students are described as scholars, walls are decorated with college pennants, and teachers proudly wear their alumni sweatshirts on Fridays. “These might just seem like aesthetic gestures, but they are actually thoughtfully planned ‘nudges’ to remind students of what is possible if they work hard and stay the course,” Nancy observes. 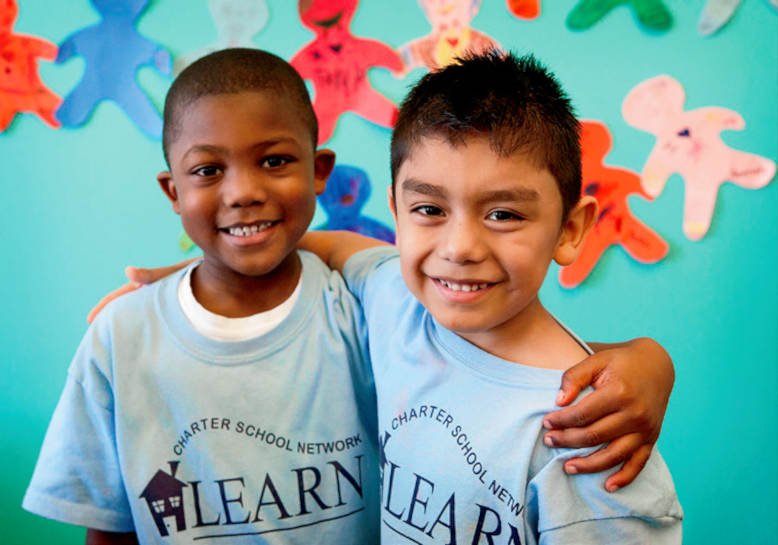 The data supports LEARN’s success: 31 percent of LEARN students, who come from Chicagoland’s poorest neighborhoods, earn a bachelor’s degree within 10 years of 8th-grade graduation—a significantly higher rate than the national average. The 20th Anniversary Fund launches a groundbreaking goal—a 50 percent college completion. “We have been doing this work for 20 years. We know our children are brilliant and that the organization is already doing excellent work. The Anniversary Fund provides us with the opportunity to take that success to the next level,” explains Kristen Denison, LEARN Charter School Network’s Chief of Advancement and External Affairs.

The 20th Anniversary Fund seeks to raise $20 million and is the result of a 2020 strategic plan crafted by LEARN’s staff, alumni, and Board of Directors. Greg White, President and CEO of LEARN Charter School Network, describes the plan as being heavily influenced by Scott, a member of the President’s Council. “Scott was in many ways the catalyst behind the plan,” White explains. “He really challenged me to have a bold goal but also to distill the goal into a simple strategy.” Under this strategy, dollars raised would accomplish the 50 percent college completion goal by enhancing five key areas: 1) social-emotional learning; 2) rigorous academic foundation; 3) optimizing staff talent; 4) student retention; and 5) alumni support.

As a former educator, Nancy is keenly aware of the importance of social-emotional learning. Nancy taught in a variety of classroom settings from rural Ohio to inner-city Houston to suburban North Shore. “My teaching experiences in Houston taught me so much,” Nancy recalls. 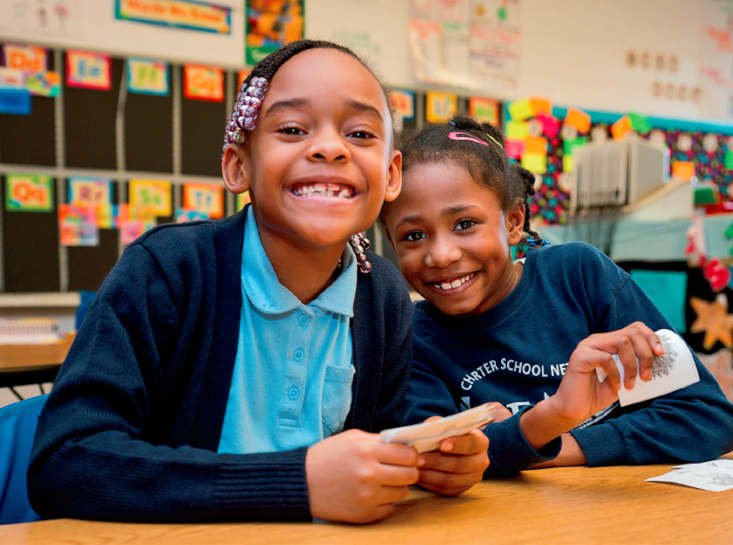 “Although I was a good teacher, my efforts were failing because kids were coming to school from horrible situations at home with trauma that was going unaddressed. So, LEARN’s goal of supporting the students and the families really struck a chord with me.” She still can vividly describe her experiences from an early visit to a LEARN school. “I had organized a tutoring program with the help of other North Shore women, so I was fortunate enough to experience the LEARN atmosphere firsthand. Unlike my experiences in the Houston school, LEARN actively addressed trauma by teaching students coping skills and the importance of respect for themselves and others. Coping skills were emphasized everywhere from the artwork hanging in the hall to the teachers’ words, and this respectful atmosphere opened up a lot of room for actual learning.”

The importance of a rigorous academic foundation also resonates with Nancy. “Our LEARN students are beating the odds and attending some of the best schools in the state—North Shore Country Day, Latin, Whitney Young, and Woodlands Academy. Yet, LEARN alums let us know that the academic preparation wasn’t rigorous enough for the competitive high schools they were attending,” she reflects. This input led to a comprehensive plan to elevate LEARN’s academic offerings. For example, the Anniversary Fund dollars will be used to institute Algebra for All, a program ensuring all LEARN students are exposed to algebra before they leave the system. Denison elaborates, “If you don’t pass algebra in middle school, certain doors shut for you. It becomes very difficult to reach calculus in high school and as a result, certain college majors are taken off the table. Algebra for All reinforces our goal for LEARN students to have all the possibilities their higher-income counterparts do.” 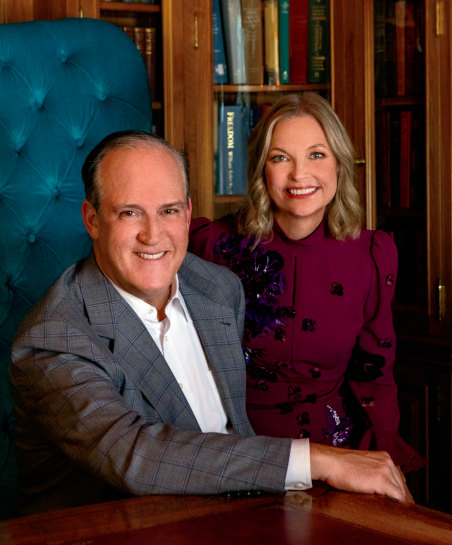 White, who worked in the finance sector before taking the helm of LEARN in 2008, considers Scott an important mentor; a notebook at his desk is filled with advice from Scott. This advice stems from lessons learned during Scott’s highly successful career at Illinois Tool Works (ITW), an international, multi-billion-dollar company. “As LEARN has grown from two schools to 11 during our 14-year involvement, Greg and I have developed a great relationship and spent a lot of time discussing how to manage growth. It is important not to outgrow your ability to deliver quality,” Scott explains.

One bit of Scott’s advice “it’s all about the talent” was influential in the creation of the 20th Anniversary Fund’s goal to retain and recruit exceptional staff. “None of this works without world-class teachers,” Scott says, “LEARN is fortunate to have some of the best, most incredibly talented and dedicated teachers out there. Frankly, there are cushier teaching jobs they could be pursuing. We want to keep them in the fold, so these teachers deserve to be compensated at a rate commensurate with their commitment, ability, and experience.”

With those concerns in mind, 20th Anniversary Fund dollars will be used to create a Master Teacher Program that recognizes, rewards, and retains LEARN’s highest-performing teachers. The program also reaffirms LEARN’s philosophy of promoting leadership from within; a philosophy influenced by Scott’s own ITW experiences. Scott, who has spent his entire career at ITW, began with the company in 1983 in a sales position and rose through the ranks to become CEO in 2012 and was elected as Chairman of the Board of Directors in 2015. 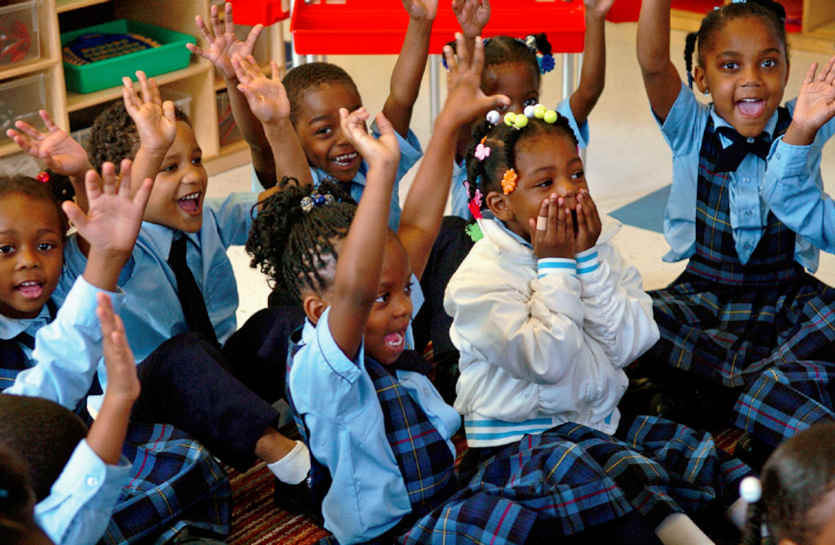 From the first days of their involvement, the Santi family has wholeheartedly embraced the LEARN system. The couple’s three children, Josie, Casey, and Richard have been involved in tasks from painting the walls of a soon-to-be-opened school to participating in a Pen Pal program with LEARN students to spending their Interim Week on LEARN campuses. As two of their three children attended North Shore Country Day School, Nancy served as an ambassador to LEARN students also attending the school. Nancy remembers “I would call LEARN families to welcome and reassure them and to answer any questions about school and extracurriculars. When the kids participated in extracurriculars like plays, I would attend so they would see a friendly, supportive face in the audience.” Every year, Scott invites LEARN 8th graders to ITW’s Glenview headquarters to spend a day discovering career paths ranging from marketing to research to accounting. The students are then invited to lunch and a Q&A session in Scott’s office. Denison shares that “one thing I have always admired about the Santis is that they want for other people’s children what their own children have.” This desire is evident in the 2014 donation of the Santi Family Dance Studio; a donation that reflects the Santi daughters’ passion for dance. 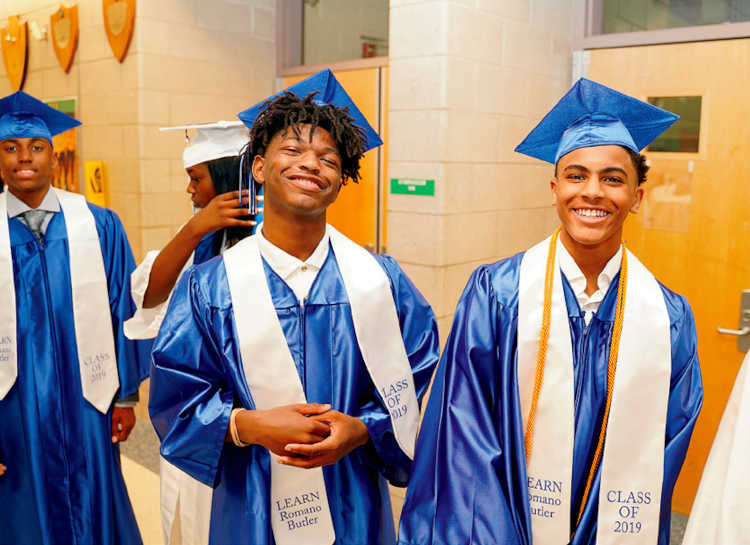 As campaign chairs, the Santis’ strategy is as much about cultivating passionate supporters like themselves as it is about loosening purse strings. Nancy emphasizes, “We don’t want to foster relationships that are forgotten after a one-time gift in an envelope.” Denison wholeheartedly agrees. “People have described LEARN as Chicago’s best-kept secret, but we don’t want to be a secret anymore! LEARN has a proven track record of success so we are eager to welcome new supporters who are passionate about serving low-income communities. With Scott and Nancy’s help, our goal of $20 million is entirely doable. They have also introduced us to wonderful new people who care deeply about the children of Chicago and Lake County. We hope this campaign will yield not only funds but also unwavering, dedicated advocates like the Santis.”