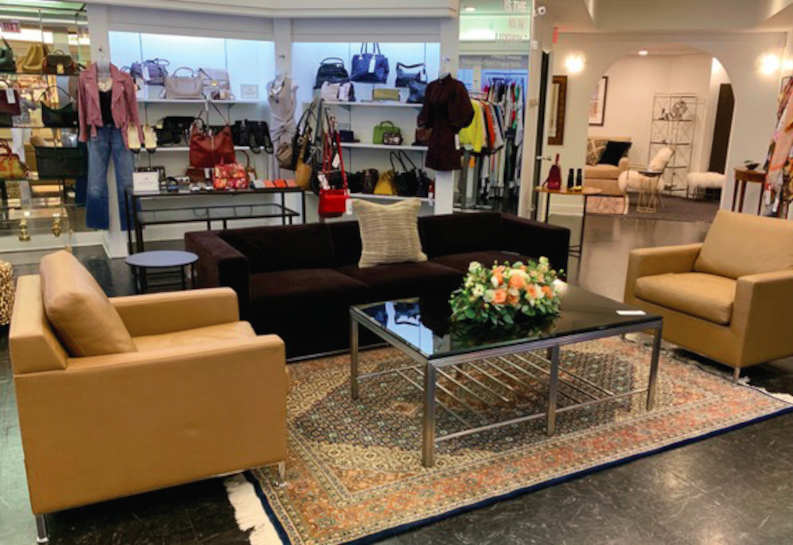 Glencoe resident Wendy Serrino has always wanted to help charities that meet the needs of low-income children. Over the years, while working in the finance industry, she has raised thousands for international charities like UNICEF and charities in Chicago that serve children in poor neighborhoods.

But in the early 2010s, efforts to fundraise on her own for the causes she cares about started becoming a slog, and her reputation began, literally, to precede her.

“I have been involved with UNICEF for over 20 years and helped fund a charter school on the South Side, so I’ve been doing that kind of work for a long time,” Serrino says. “What I realized was that when you do that kind of work, you get really tired of asking people for money—to the point where people want to cross the street when they see you coming because they know you’re working on some kind of project and you’re going to ask them for money.”

So, in October 2012 Serrino leaned on her business background to start a nonprofit and in March 2013, she opened North Shore Exchange—a consignment and resale shop in Glencoe. The company’s sole purpose is to raise funds that are granted to nonprofit organizations in the Chicago area that seek to improve the lives of low-income children and families. One hundred percent of the store’s profits, after covering operational costs, are granted charity.

“To me it was the perfect opportunity to find a new way to generate money for nonprofits, and for me the calling is to serve the poor,” she says. “That’s why I still do a lot of work for UNICEF, because they help children everywhere; they help the poorest children.”

Serrino says running a business with the singular purpose of supporting charity allows customers to participate in the mission of the organization, either by consigning, donating, or volunteering. They know their efforts are generating resources for nonprofits that desperately need funding to do important work.

As far as business goes, the North Shore is the perfect location to operate a consignment shop, although North Shore Exchange does plenty of business online and operates two additional stores in Skokie and at 900 N. Michigan Ave. in Chicago.

“The funny thing is, people will say that we’re going to run out of supply, to which we laugh because there is an endless supply of items for us,” Serrino says. “The tricky part for us now is that we compete against some major resellers that we didn’t compete with in the early days, but we also turn down a lot more items than we accept because we offer a curated collection of items on purpose.”

That business model makes the company both more profitable and more efficient, which allows the Exchange the ability to make even larger commitments to charity. Counterintuitively, the store has been extremely profitable throughout COVID-19.

While physical stores had to be closed for a period of time in early 2020, and Serrino was worried about what the future might hold, when they reopened business flourished. Turns out when people are stuck at home during a pandemic, one of the ways they pass the time is cleaning out their closets. They’re tired of looking at all the same stuff and want to spruce up their houses a bit.

“People were in a place where they felt safe shopping and I’m not really sure why that was, but our shoppers came back online and business tripled,” Serrino says.” So, that really helped us. I think people took a step back and liked the idea of shopping resale, of less waste, and that it’s more purposeful and meaningful.”

All the increased business created a new, but welcome, challenge for Serrano and the team that works with her to make grants to the nonprofits North Shore Exchange supports. Tripled profits meant triple the grantmaking.

“The most recent iteration of our plan was to be a powerful force in Chicagoland philanthropy for people living at, or below, the poverty level,” says Serrano “You don’t do that by making $10,000 grants. So, I had a meeting with the committee and said we need to shift what we do to be more focused.”

To have a bigger impact, Serrino and her committee decided to focus on organizations that could put larger chunks of money to good use. Last summer, they made two $100,000 grants to organizations that have a proven track record of helping alleviate poverty in Chicago. For the 2020-2021 fiscal year, which ran from July to July, North Shore Exchange made total grants of $585,000, a record over the previous annual high of $455,000. Since it opened its doors in 2013, the company has made grants of more than $2.6 million.

“The resale business for luxury fashion and home furnishings is very good right now,” Serrino says. “We feel very good for our business and very hopeful for our future.”

Glencoe resident Nicole Hayek is Chair of the Philanthropy Committee for North Shore Exchange, a volunteer position that keeps her heavily involved with the team that reviews and approves grantmaking applications.

“I’ve been volunteering at the Glencoe store since it opened in 2013 and I just love the whole mission of recycling goods and using the sale of those goods to help people,” Hayek says. “It’s a fun store to work in and you have a lot of people who are very energized around the mission.”

Hayek says her role on the Philanthropy Committee allows her to learn about organizations that she wouldn’t otherwise have known about.

“Having the opportunity to do site visits and to learn about their clientele and their stories just really makes you feel grateful,” Hayek says. “For me, it’s a combination of working with a passionate group of people and using the proceeds to help people who really need it.”