Among the important skills teens gain while in school, learning how to ask is a big one.

Not for the car on Saturday night, or a new dress or video game, but for something much bigger—the help and support of those in medical need.

Kennedy Pemberton, Beverly Fishman, and four other Lake Forest 11th graders are practicing those new skills right now as team members in the 2022 campaign to raise funds for The Leukemia & Lymphoma Society (LLS).

With three weeks left in the six-week campaign, the team has raised half of its $50,000 goal.

It’s all in support of LLS’ ongoing mission—to cure leukemia, lymphoma, Hodgkin’s disease, and myeloma, and to improve the quality of life for people who suffer from these diseases and their families. Toward that end, LLS has invested more than $1 billion in research, funding promising advances and providing financial assistance to 30,000 individuals in the last year—raising much of that funding through the help of volunteers like Pemberton and Fishman and their team, which also includes Mariella Haubner, Cece Velner, Braeden Murray, and Redding Worth.

“At first, we were overwhelmed and nervous when it came to the thought of presenting a pitch to adults asking for funding,” says Pemberton, co-team-leader with Fishman. But a lot of practice and detailed presentation-skills training guided the team on its way. 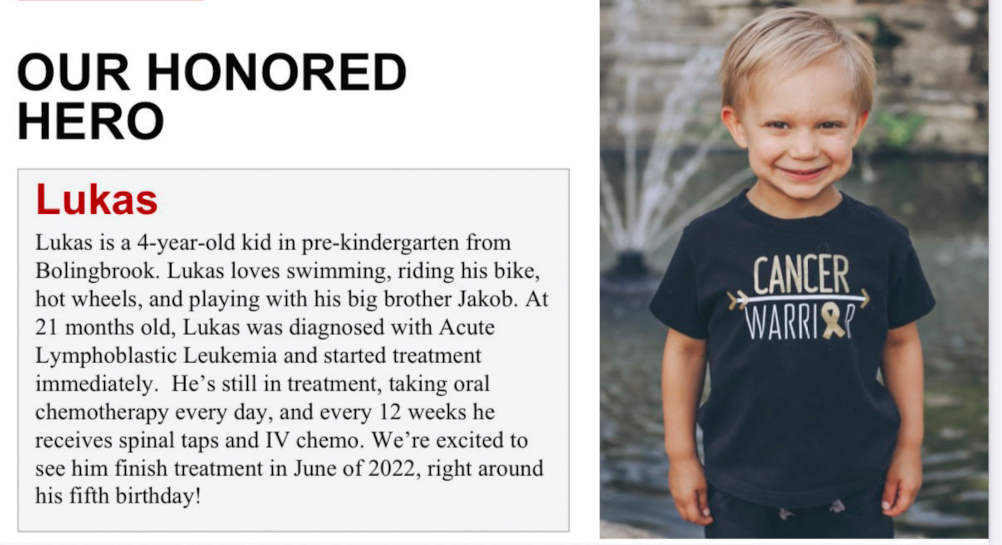 “We realized people will be supportive when they understand we’re fighting for a good cause,” says Pemberton. “We quickly came to understand that the courage it takes to fundraise pales in comparison to the strength and bravery it takes to battle cancer. Patients face their fears head-on and if we want to make a difference for them, we have to approach our goal the same way.”

For both Pemberton and Fishman, participation on the team is a personal response to the loss of loved ones who suffered from cancer.

“I lost my beautiful grandmother, Shirley Bush, to leukemia on August 4, this past summer,” says Pemberton. “She had acute myeloid leukemia (AML) and was 76 years old. And my cousin, David Wilson, a police officer in New Jersey, lost his battle to AML when he was just 31 years old. Sadly, just like other blood cancer patients, they left us far too soon.”

Fishman’s grandfather, who lived with her family for many years, also died of cancer. “I remember the struggle that he went through and how it affected our family,” says Fishman. “I am raising money in memory of him, and for my grandmother, and everyone who has had to experience the struggle and loss of the disease.”

The team has until March 12, to reach its goal.

“While we would love to win the Student of the Year Campaign, we have learned it’s not about winning, it’s about finding a cure for cancer and doing our small part to contribute to it,” sums Pemberton. “Through this competition, we have learned that when we come together, we can have an incredible impact on our world. And hopefully, one day, we can live in a world that is cancer-free.”

For more information about how to support the Lake Forest Academy Student of the Year Campaign for LLS, visit events.lls.org/chi/illinoissoy22/kpemberton, or scan the QR code with your phone.