“The Journey Back” exhibit features two films, including one narrated by George Brent, Don’t Forget Me, about his experience at Auschwitz-Birkeanu.

With the opening last week of its new virtual reality (VR) exhibit, “The Journey Back,” the Illinois Holocaust & Education Center continues its efforts to use cutting-edge technology to share the stories of Holocaust survivors and raise awareness among younger generations of the Holocaust and its impact.

In a worldwide first for Holocaust education, the VR technology immerses people in a transformative experience that goes beyond just seeing and hearing Holocaust stories on screen. The exhibit features 360-degree sound, video of present day and historic Auschwitz, and intimate memory sequences from Holocaust Survivors.

The late Fritzie Fritzshall tells the story of surviving her experience in a work camp run by the Nazi regime in the film, A Promise Kept.

A few years ago, the Museum opened its interactive Hologram Series, which allows visitors to ask questions of survivors and have them answered by holograms of survivors using voice recognition technology. During an interview, Susan Abrams, CEO of the Museum, said the new exhibit continues the commitment to telling survivor stories in new ways.

“The genesis of this goes back to the start of our applying breakthrough technology to powerful historical storytelling that came to fruition with our interactive Survivor Holograms,” Abrams says. “We helped to develop it with the USC Shoah Foundation starting in 2014 and were the first in the world to debut it in 2017.” 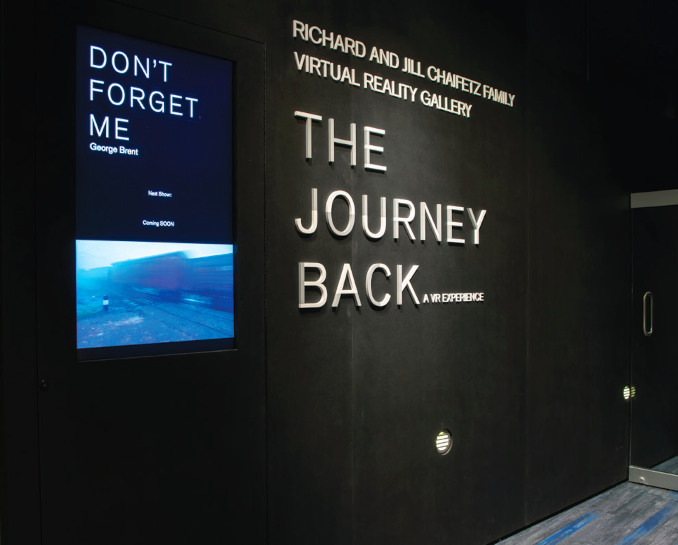 There’s a wall near the long entrance to the Museum with the inscription that reads, “Remember the Past, Transform the Future, “The Journey Back” does both, in equal parts by telling stories through a new, powerful medium.

At the heart of the exhibit are two award-winning short films narrated by Holocaust Survivors Fritzie Fritzshall and George Brent. Fritzshall, who passed away last year, was a long-time supporter of the museum and its mission.

“We were laser focused on what we could, and should we be doing to collect and develop this content in the most Innovative and impactful ways, so that it could be available for generations to come,” says Abrams. 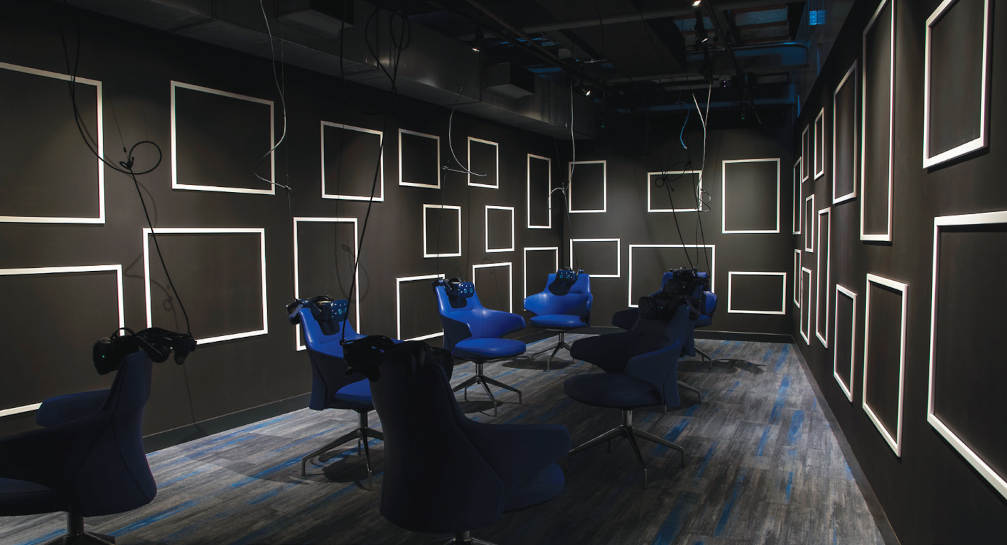 The Fritzshall film, A Promise Kept, tells the gripping life story of 13-year-old Fritzshall as she fulfills her promise to the 599 women who saved her life while imprisoned together. Each day, each woman would give Fritzshall a tiny portion of their daily rations to help keep her alive, with the hope she would one day be able to tell the story.

Don’t Forget Me takes viewers on a journey back to Auschwitz, Mauthausen, and Ebensee concentration camps, revealing George Brent’s will to survive in the face of Nazi tyranny. Upon being separated from his father at the camps, Brent’s father told him, “don’t forget me.”

The experience puts the viewer in the middle of the camps while watching both Fritzshall and Brent narrate their stories. We see the outside and inside of the camps, the barracks, and the spaces where countless Jews were murdered.

“The participant does not just see and hear the Holocaust Survivors’ stories through a screen. Our VR technology transports the participants back to Holocaust sites today as they take a tour through one of the darkest chapters in history,” Abrams says. “We are sharing this opportunity with local and worldwide visitors with the goals of inspiring empathy, of motivating action against hate, and of creating a world where ‘never again’ is a reality.”

One goal of “The Journey Back” is to reach out to the gaming generation, younger people who’ve grown up with 3-D technology and who are increasingly influenced by it.

“These are the folks who are going to shape our future and the technology has a particular resonance with students and young people,” Abrams says. “Even older adults are absolutely taken with this and beyond moved by it, but the kids are intrigued, and I think it does help to draw interest and the groups of students who experienced it as we were beta testing were mesmerized.”

Both films have received global recognition and awards from a variety of prestigious film festivals including World Premiere at South by Southwest, Jury Award Winner at Nashville Film Festival, Winner of Best VR Storytelling at Cinequest Film and VR Festival, official selection at Vancouver International Film Festival, and others.

Studies have shown that the type of experiences offered through “The Journey Back” leads participants to not just learn but take positive action. Abrams says that was always part of the motivation for the exhibit.

“If you are engaged in something that experience is much more imprinting and memorable to you, so with either the holograms where you’re asking questions and driving a conversation or here with the VR, you’re standing on that arrival ramp, you can spin around and see the entire camp is as it exists,” she says. “You’re driving an experience in a way that makes it much more memorable. Hearing from an individual like this makes it more likely that you’ll take action and stand up for yourself or others.”

“The Journey Back” opened January 27 at the Illinois Holocaust Museum & Education Center. Theater seats are socially distanced, and headsets are cleaned after each use. Tickets are included in the price of admission, but reservations are required. For more information, visit ilholocaustmuseum.org.