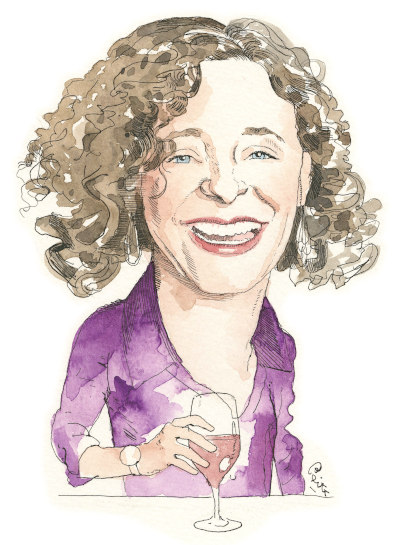 She was a fourth grader at the time, attending a school in Northbrook, when her teacher had asked the class if anyone would like to show the new student, former Chicagoan Sharon Provins, around the school.

Both students happened to live a couple of blocks apart on Birch Road in Northbrook.

“We clicked right away,” recalls Bosse, 42. “We’re still best friends. We like to say we share a brain.”

Bosse, a Chicagoan and mother of two today, and Provins, a Seattle resident since 2015, put their heads together in Bosse’s kitchen in 2012, after trying to decide what to do one night while sipping wine.

“We didn’t want to go to a bar,” Bosse says. “We wanted to have conversations without having to deal with the distractions—TVs, loud music, bartenders, to name a few—that you often find in bars and restaurants.”

One in-house conversation led to another and to another, before they came up with a unique business idea: a members-only neighborhood/social clubhouse venture.

“Our thinking that day was, ‘If we don’t do this, if we don’t act on such a good idea, someone else would start something like it and run with it.’ ”

Members (between 500-600 and growing) pay a reasonable monthly fee ($105) to congregate inside an inviting space for a variety of reasons, from client meetings to company gatherings to date nights; have access to the locations from 8 a.m. to 1 a.m. seven days a week; and get to interact in a dining room, lounge, and tasting room equipped with glassware, mixers, ice, decanters, and bar tools.

Birch Road Cellar members also BTOA (Bring Their Own Alcohol) and stock it in private lockers in a temperature-controlled cellar.

“I equate what Birch Road Cellar provides to what goes on at a campfire, with our members sitting around and talking for hours in a pleasant atmosphere,” says Bosse, whose other official—and fun—job title is Chief Conversation Officer. “Those at the management level in bars and restaurants are too concerned about inventory and staffing and scheduling. They never focus enough on the hospitality side.

“That’s what we love … the hospitality side. Members’ experience is all-important to us. Community building is what our company strives to achieve. A member told me, ‘Birch Road Cellar brings out the best in people,’ and to me, one of the most rewarding parts of my job is seeing connections happen at our locations, seeing people exchange phone numbers after conversing for hours.”

Spectators watched Kim Bosse (nee Harris), an honors student, compete on the basketball court and softball diamond at Glenbrook North High School in the 1990s. As a sophomore hoopster, the forward qualified to vie for the three-point shooting state title in Normal. None other than former Chicago Bulls coach Doug Collins—the father of Kelly Collins, one of Bosse’s teammates—helped Bosse (Class of 1997) prepare for the finals held at Illinois State University.

A daughter of the late Edward Harris, a convention planner, and Deerfield resident Sharon Harris, a retired accountant, Kim pocketed 10 cents an hour, stuffing envelopes for her father at his office in Deerfield. Details mattered as much to Edward, the businessman, as they do to Kim, the entrepreneur.

Kim and her family traveled to Mexico multiple times and to every Caribbean island.

“My parents,” Bosse says, “did such a good job exposing me to the world and to Chicago when I was young. I loved traveling and I loved going to theatres downtown. I was fairly adventurous then, and I was dying to escape my small hometown when I was a senior in high school.”

She went big—New York City big. Bosse earned an English Literature degree at Columbia University, where, as a 19-year-old junior, she started the company Campus Connect amid the dot-com boom.

“My friends and I learned how to program web sites, and we decided to scan the take-out menus of restaurants near Columbia’s campus,” says Bosse, who was profiled in the magazine Inc. well before she donned a cap and gown at the Ivy League school. “Campus Connect also offered chat rooms and other community-related elements.”

Among her titles there was Director of Operations.

“I gained tons of valuable experience at Three Headed Productions,” says Bosse, who married Jeff Bosse—Birch Road Cellar’s Club Overlord—in 2004. “But, right around the time Sharon (Birch Road Cellar’s Vice President of All Things Bevy) and I had that discussion in my kitchen, I wanted to do something new.

“I didn’t want to open my own bar or restaurant.”

Bosse hasn’t been to a bar since the start of the pandemic. Hasn’t missed an iota of the experience, either. She’s too busy raising children Reese, 15, and Sophie, 12, and running—and expanding—Birch Road Cellar, a stellar option for people yearning to meet people in a warm setting.

“There is a solution to every problem, to every test,” says Bosse, who sees Provins two to three times a year but talks to her every day. “That’s a life motto I’ve been living by for a while. Find a way to that solution; it’ll all work out.

“I also like saying, ‘When a door closes, open it—because it’s a door.’”