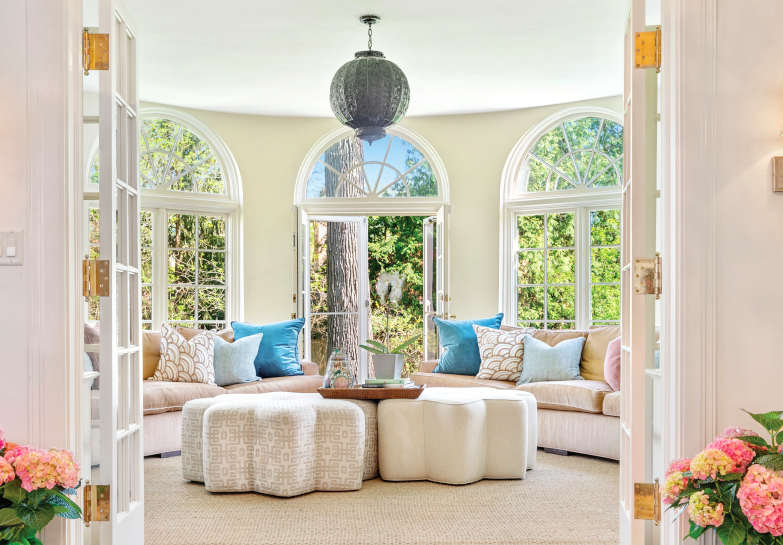 This home at 744 Prospect Avenue in Winnetka was sold in September 2021 by @properties agent Jena Radnay. It is one of many luxury homes sold during the blockbuster 2021 market.

Real estate brokers don’t like to predict the future. Maybe it’s a bit of superstition, combined with having been in the trenches and watching markets behave in strange ways.

If you’d have told brokers in early Spring 2020, that the last half of 2020 and all of 2021 the market would go gangbusters, they’d have looked at you as if you sported two heads.

But it never hurts to try to gain some insight into the market from those who know it best. To kick off the new year, The North Shore Weekend surveyed a number of brokers who work on the North Shore about their expectations for the 2022 market.

While optimism remains high, there are factors—the threat of rising interest rates, new strains of the coronavirus—that could slow it down.

“There’s great momentum from 2021 carrying over to 2022,” says Laura Fitzpatrick, Senior Broker with @properties in Wilmette. “There’s still an incredible demand from buyers moving up from the city and moving in from out of state.” 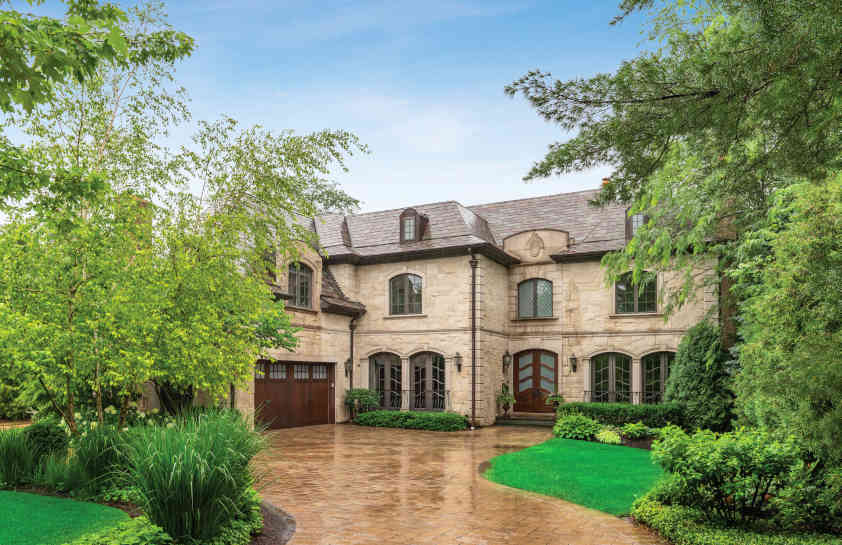 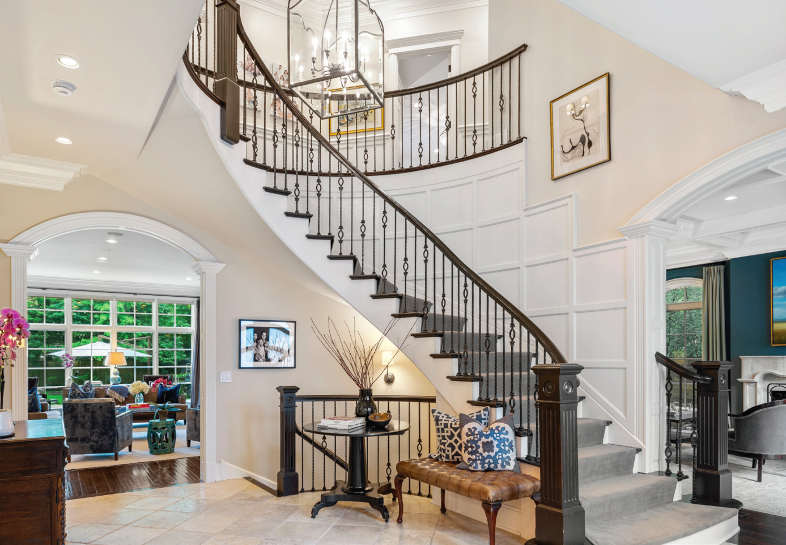 All towns and villages across the North Shore were hot during 2021, including Winnetka. This
property at 1304 Trap Lane, which was listed by Jena Radnay of @properties, closed in
November.

Fitzpatrick says that while demand remains through the roof, the ongoing challenge as we transition into a new year is inventory, which is the lowest it’s been in decades. Until the inventory opens up, it’s tricky for buyers to find a home, and they need to be patient. But she’s seeing signs of more sellers on the horizon.

“I know that a lot of sellers are keeping an eye on what their neighbor’s house has been selling for,” she says. “They’re following the real estate websites and as prices continue to increase it becomes more appealing to them.”

Right now, Fitzpatrick says, a lot of the inventory is being listed by people who aren’t remaining in the area.

“The challenge is how do you move within your own market? If you’re selling in a high market, you’re buying in the same market, and if you have nowhere to go, it’s kind of a wash,” she says. “I’m seeing the most success from sellers who are selling high and then moving to other cities that are still very affordable.”

Another challenge in 2022 could be rising interest rates.

“I think eventually as the interest rates trend up, we will see a bit of a slowdown, but we are not sure when that will happen,” says Fitzpatrick. “I know that is driving a lot of the buyer demand right now; locking in those rates.” 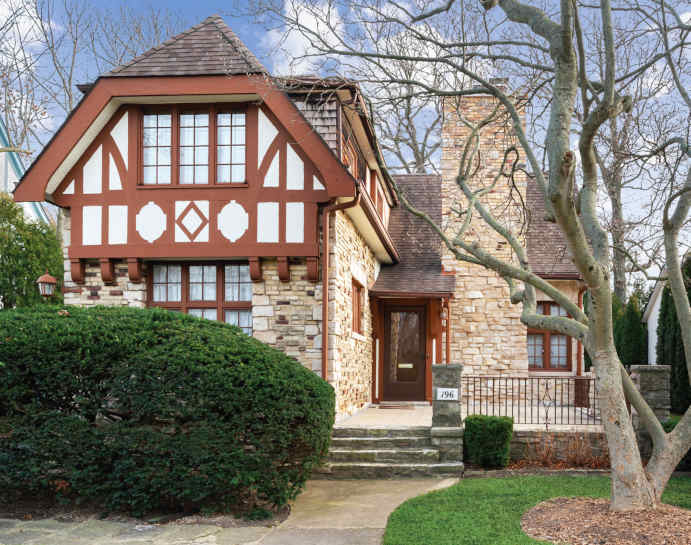 This home at 196 Park Avenue in Glencoe will be hitting the market next week. Listed by Gloria Matlin of Compass.

Annie Royster Lenzke, broker with Dawn McKenna Group, Coldwell Banker, in Lake Forest, says part of the reason demand remains high is because buyers who couldn’t find the house they wanted in 2021 haven’t given up.

“I am still feeling a lot of demand and working with many buyers who didn’t find what they were looking for in 2021,” Lenzke says. “There are a number of people who I’m working with who are gearing up to enter the market next year, so I’m feeling that there will be a good amount of demand.”

Inventory will come back, Lenzke says. It’s just a matter of when and how much. And weather could be a factor.

“I anticipate we will have houses coming on. I don’t know to what degree and when it will start,” she says. “I have noticed that if we have a mild winter, the spring market can get started earlier. So, it has been relatively mild thus far and if this continues, I expect that we will see some sellers coming to market earlier.” 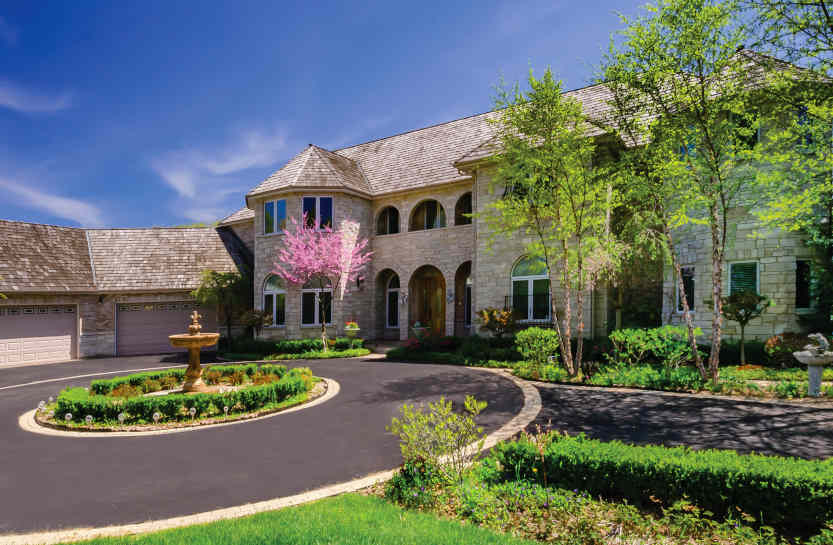 Lake Forest saw plenty of movement in the luxury market this year. This home at 13675 Lucky Lake Drive is listed by @properties agent Joanna Koperski.

Lenzke remains optimistic that 2022 will look a lot like 2021, especially because she doesn’t see many shifts in market trends soon. People still retire, have more kids, and have kids go off to college, all factors that might motivate them to move on.

“There’s so many factors that we all don’t know about just in our world, but from the people who I’m working with, I think there’s still a lot of excitement and energy around this North Shore market,” Lenzke says.

Jamie Roth, a broker with Engel & Völkers in Highland Park, says the new strain of the coronavirus has him feeling it’s 2020 all over again.

“I don’t see this rush of people listing their homes, and actually I have sellers who are sitting on the sidelines waiting to see what happens with Omicron,” Roth says. “There are people who are going to be uncomfortable having people walk through their homes again.While no one has a crystal ball, I don’t see the inventory situation changing significantly as we move into the new year, but overall, I believe the market on the North Shore is going to be very similar to what we experienced in 2021.”

Howard Meyers, who founded The Meyers Group with his wife, Susan, in Winnetka, isn’t fond of prognostication but says the market in 2022 looks more like 2021. 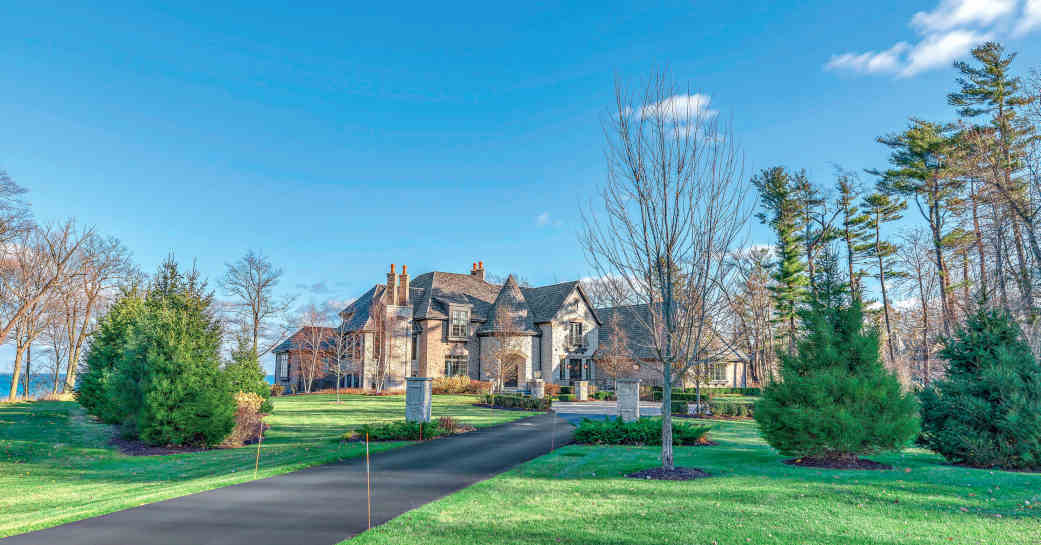 This new private North Shore listing on Lake Michigan is being represented by Annie Royster Lenzke and Jean Royster of the Dawn McKenna Group, Coldwell Banker.

“I would never try to predict the future,” Meyers says. “However, when I look at the mechanics of the current market and how things are unfolding, and in my conversations with other agents, it appears that many of the same mechanics which have created this current situation of very, very unprecedented low inventory and increasingly large demand will continue in place for the short-term at least and maybe the long-term.”

But Meyers agrees the COVID-related circumstances seem to still be in place, and that continues to deepen the desire for people to leave congested areas and look for more outdoor space, keeping pricing steady.

“I always want to preface that within all markets, things can change in a flash,” he says. “At the same time, because of the ratio of buyers to sellers, I suspect that supply and demand circumstances will not provide the environment that will promote falling prices, which is a concern to some.”

While the general consensus among real estate professionals (and buyers, for sure) is that the North Shore market the past 18 months has been unprecedented, Meyers agrees but views it more as a catch up than a bubble.

“I’m reading national stories about—particularly first-time buyers—being priced out of the market,” he says. “I’m not sure that’s happening here yet because the Chicago-area market is the last, I believe, of the 25 largest metropolitan areas in the country to get back to 2007 prices. I think that happened approximately a year ago.” 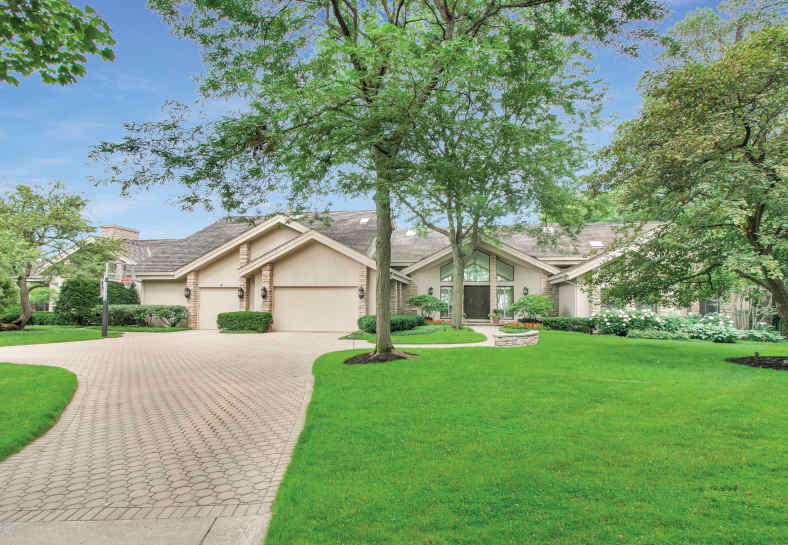 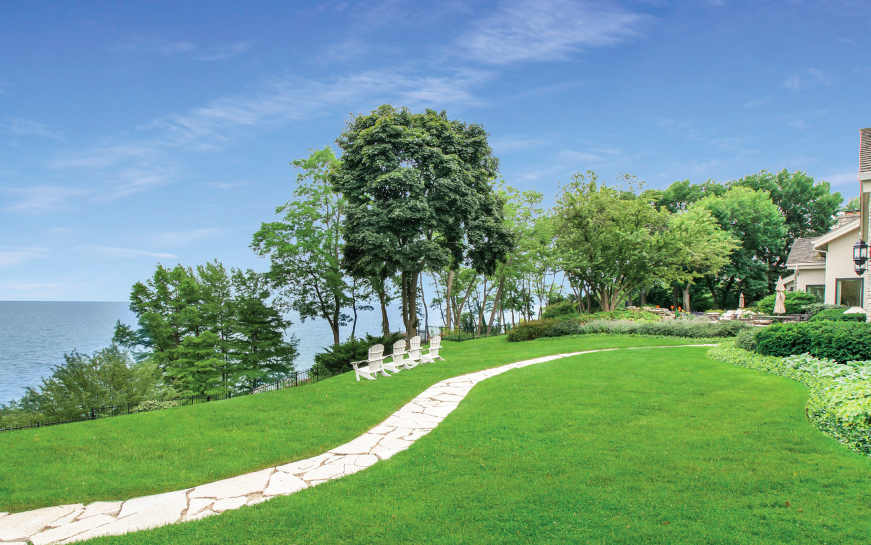 Gloria Matlin sold two properties in December that never even made it to the Private Listings Network. Buyers’ agents got wind she was going to list them, one of them a $6 million sale. She says it’s indicative that even during a traditionally slow time, the market is moving into the new year with momentum

“That was my last closing—on Christmas Eve—which was great, but I still have a lot of buyers out there who are just desperately looking to move and really want to be on the North Shore and it’s at all price points,” she says. “They ask me, ‘Am I getting anything?’”

Like other brokers, Matlin says she’s getting fewer calls from sellers because they’re worried they won’t find a place to go. That’s going to be the challenge of 2022.

“I’m hoping things loosen up a little bit with the rates going up. I think that’s going to really push us, People are going to want to buy while rates are still good,” Matlin says. “If we can get some listings, we will have a spectacular year, just like 2021.”