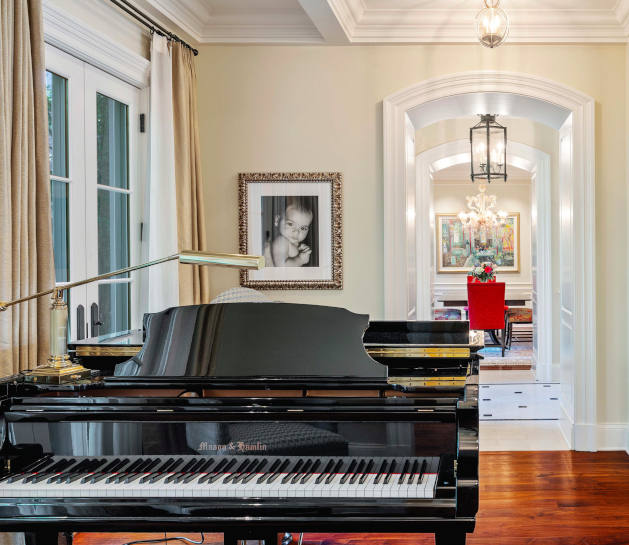 This home at 312 Woodley Road in Winnetka sold for $4.1 million in spring and its value has risen exponentially since. The home is indicative of how housing values have increased in 2020 and 2021 after a slow period on the North Shore.

When the North Shore residential real estate market picked up steam in Spring 2020, The North Shore Weekend began providing regular coverage of the market and the unique factors—in particular the COVID-19 pandemic—that drove demand for homes in the area.

We asked brokers this week how they would assess the last year, and the word that kept popping up was “unprecedented.”

Grace Flatt, a broker with @properties in Winnetka, says she’s never experienced anything quite like the 2021 market.

“I’ve been in the state as a licensed broker for over 20 years, since back in 2000, and those were crazy times in terms of the whole city was building up and condo developments were booming,” says Flatt, whose business doubled this year. “I worked that whole boom and I still hadn’t felt this same level of rush to get a property and sign a contract before it goes on the market.”

Flatt says this year was very critical for brokers to know specific neighborhoods on the North Shore and properties that were becoming available before they hit the public MLS. She says the private listing service, access to which @properties provides clients through Zenlist app, was as important as ever. With inventory at a record low, competition is fierce. 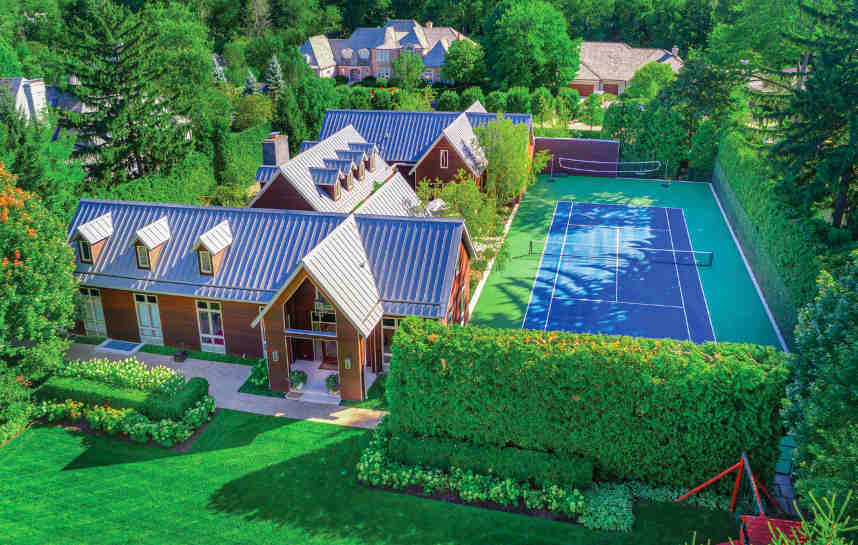 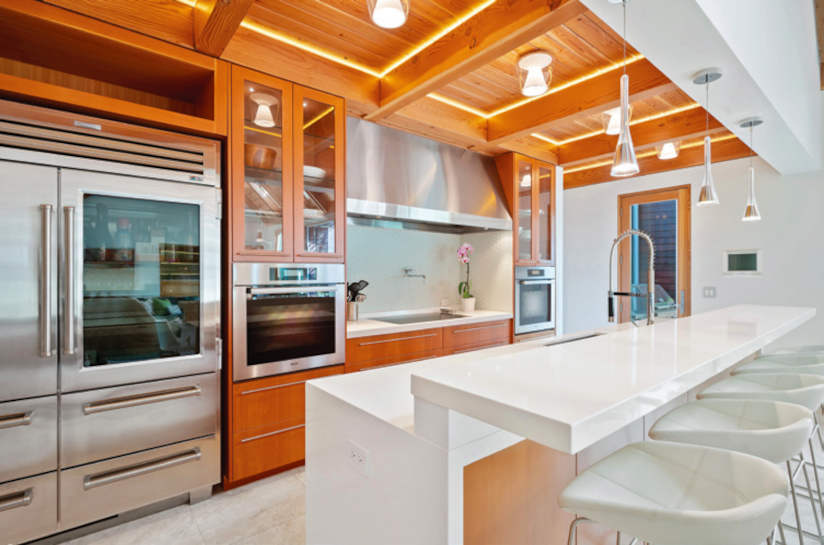 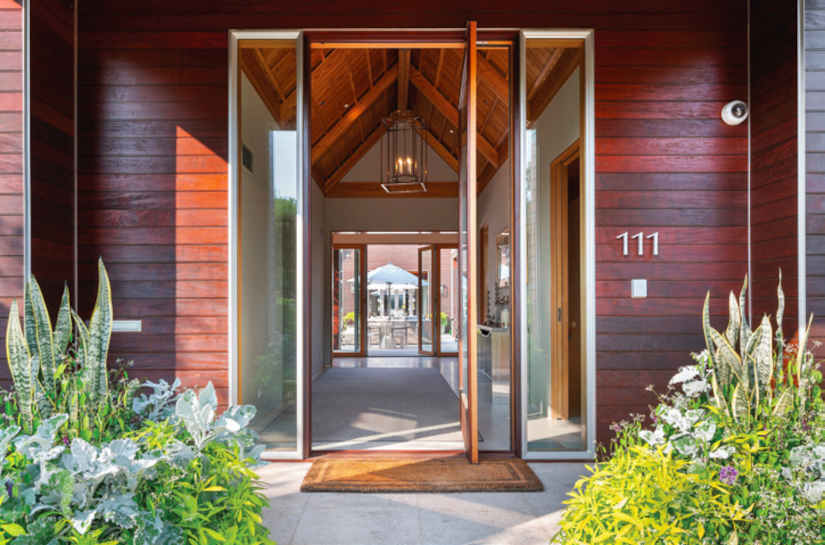 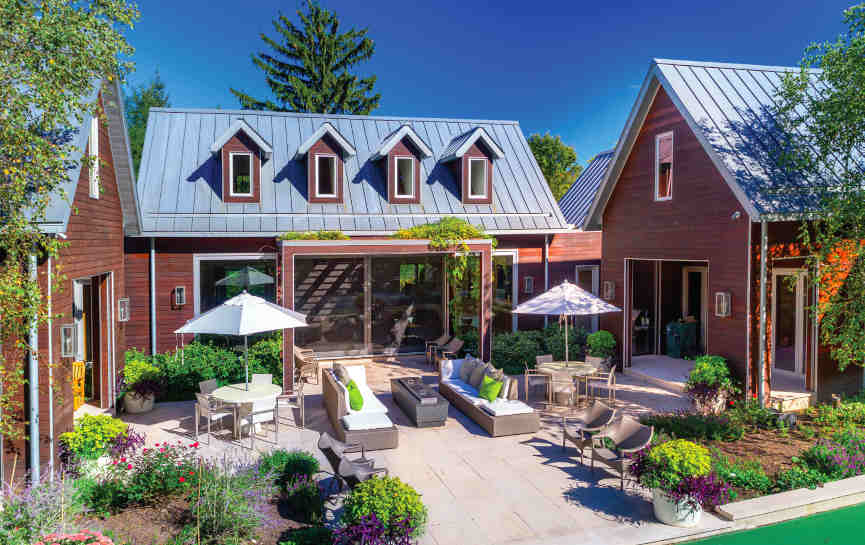 This home at 111 Woodley Road in Winnetka closed in March 2021 for $3.5 million. Its outdoor space, including a tennis court, highlights the increased desire of buyers to have more room to roam.

Flatt says a good example of this year’s market is a family that decided to sell their home on the North Shore and relocate to Vermont where they found a bigger house on 40 acres for less money. When the husband got called back to the office in downtown Chicago a few days a month, they bought a condo in Chicago at the bottom of the market.

“They played the game very smart and my opinion is that there are deals to be had in this market,” says Flatt. “You’ve just got to be smart about it.”

Glencoe @properties broker Rick Richker reports he did twice as much business by June of this year as he did in all of 2020, which was already a stellar year for him. He believes the same can be said for most brokers on the North Shore.

“The appetite for homes on the North Shore and specifically Glencoe was fueled by COVID-19 and the ever-increasing amount of crime in the city,” Richker says. “In early spring it was not uncommon for homes to have eight offers on them within 24 or 48 hours.”

Richker says he had to constantly think about how he could get his buyers in a property early and what they could do to differentiate their offer from others. He says 2021 called for a lot of “out-of-the-box thinking.”

“On the flip side, if you were fortunate enough to get listings, your goal was to make sure to maximize the sale price for your sellers without getting overly aggressive with list price,” Richker says. “We have never seen a higher percentage of true cash offers.”

Richker says the market slowed after July but there are still plenty of buyers sitting on the sidelines waiting for homes to become available. The problem is the record-setting lack of inventory.

“In Glencoe, as of November 28, there are only 20 homes for sale, but that doesn’t even tell the whole story,” he says. “Of those 20, only six are under $2 million. Simply said, we need more people to sell their homes.”

“High demand for homes brought us price appreciation in the 15 percent neighborhood, maybe even higher for brand new homes or those very recently renovated,” says Chris Veech, with @properties in Winnetka. “Buyers love homes that are truly ‘all done’ and in move in condition and are willing to pay a premium price for it.”

Veech says 2021 was the second year COVID-19 influenced the North Shore market and brought a larger than average amount of young families to the North Shore looking for more space. The market cycles, so upended in 2020, started to get back to normal. 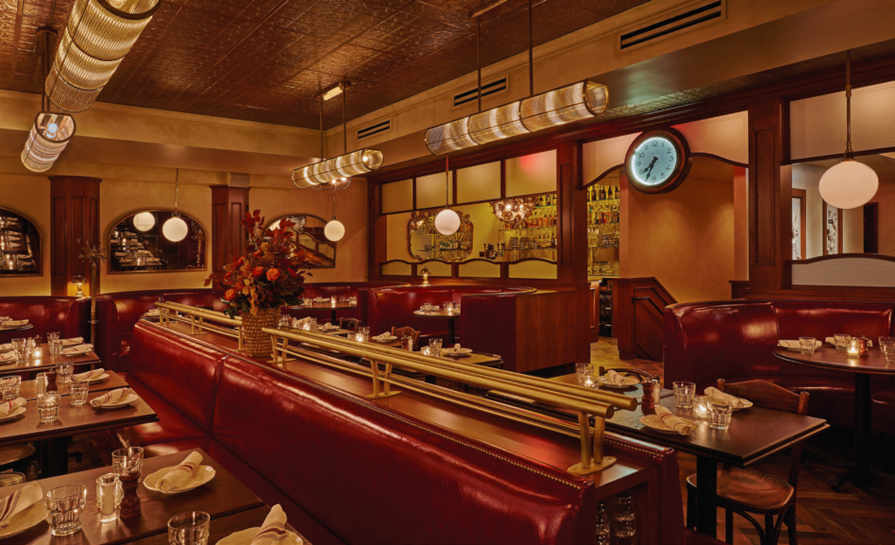 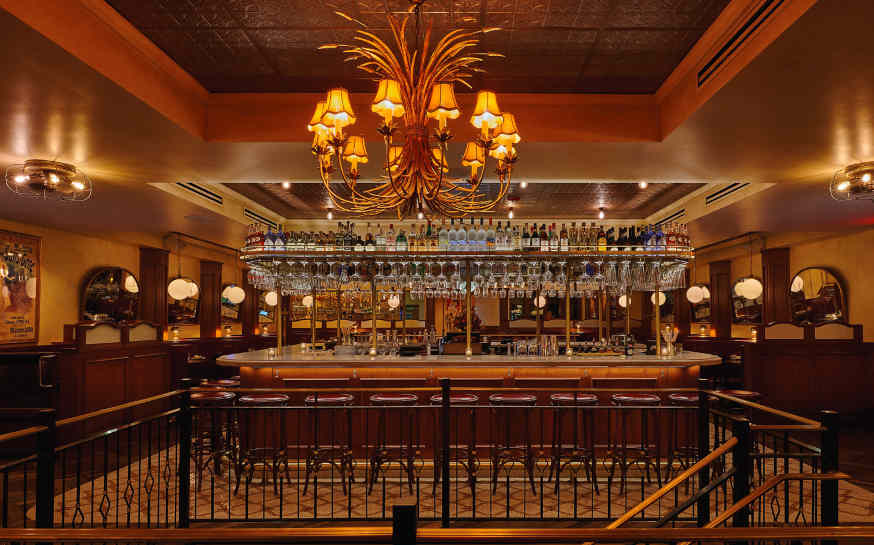 Pomeroy Restaurant, a French Bistro in Winnetka opened this year by Ryan O’Donnell and Ballyhoo Hospitality, has experienced success due to new and long-time residents’ desire for
a city restaurant atmosphere on the North Shore.

“With kids returning to school in-person full-time in 2021, the market got back on its normal seasonal cycle where things quieted down at the end of the summer, Veech says. My 2022 prediction is another strong spring market followed by a typical summer slow-down, with mild healthy home value appreciation as the millennial generation continues to make their way to the suburbs to raise their kids.”

Highland Park broker Ted Pickus thinks back to when the pandemic first started unfolding in early 2020. Many brokers were pessimistic, but that changed rather quickly. Pickus had his best year in 2020 after selling real estate for over 10 years, but he couldn’t have predicted the craziness of 2021. 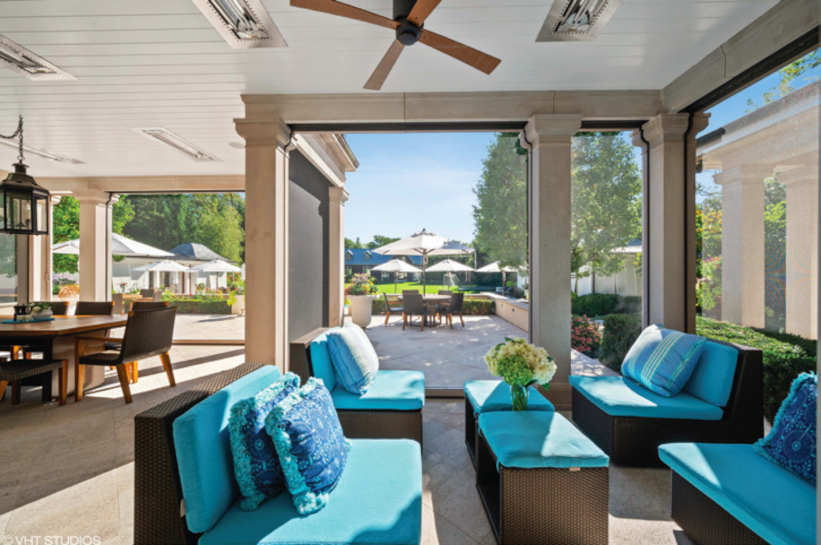 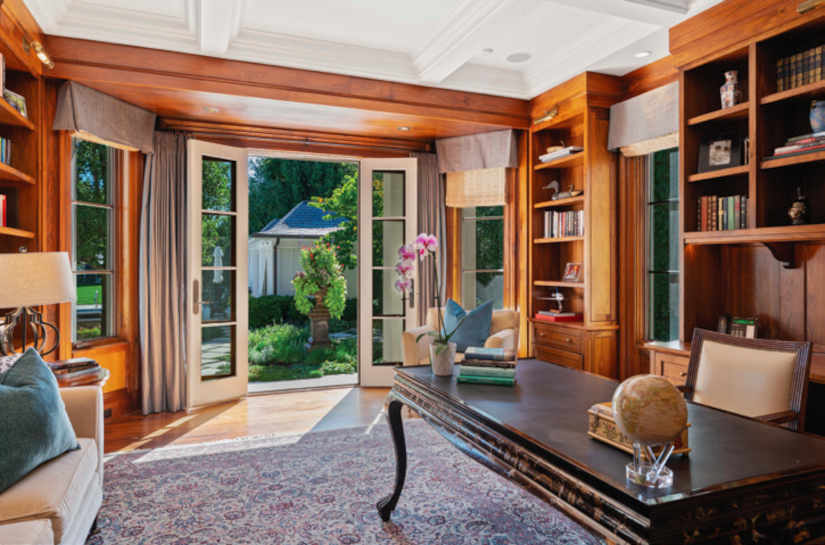 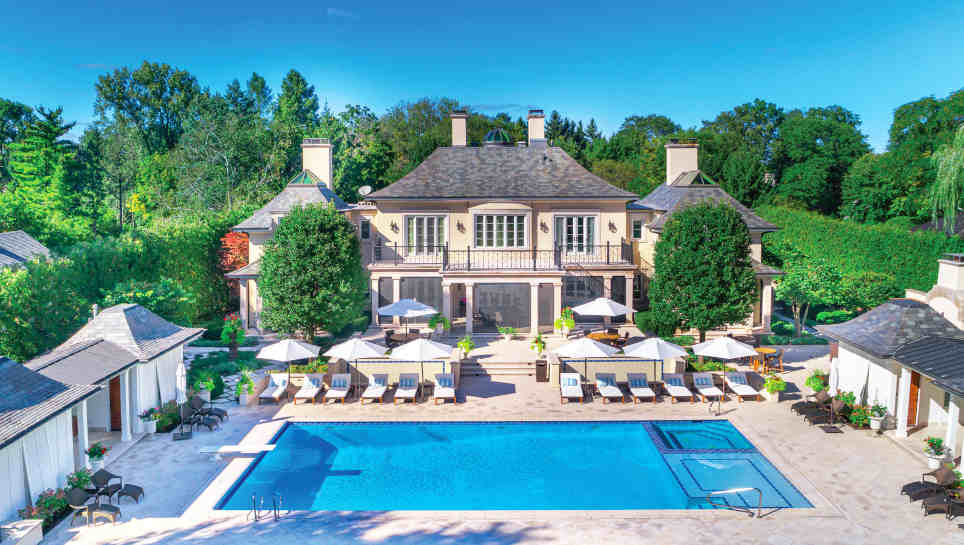 As featured on the cover, the value of this home at 312 Woodley Road in Winnetka has already
increased in value since it was purchased earlier this year. With a pool and resort-like amenities,
the property represents all the things that lure buyers to the North Shore.

“Who would have known 2021 would exceed my top year by over 20 percent! It has been a crazy year of many multiple offers, many homes selling over list price, and very low inventory,” Pickus says. “I think with the influx of young couples and families wanting to move out of the city and empty nesters not wanting to go to the city, the amount of inventory is very sparse.”

Pickus says if homes are priced properly, they sell immediately, and that he usually has five to ten homes available on the market at a time, but currently only has two. The other big change is that the higher-end market has blossomed.

“The over $1.5 million market increased by leaps and bounds in 2021. I currently have a $5 million listing in Highland Park on the lake under contract,” he says. “The values of multimillion-dollar homes were at an all-time low in 2019 in the suburbs and now they have increased in value by as much as 25 percent in the same suburbs.”

Like many other brokers, Winnetka @properties broker Jena Radnay had a blockbuster year, in part because some of the uncertainties about the pandemic started to dissipate.

“We finally figured out what was up with COVID-19. We saw a huge momentum from people in the city with children who just wanted to have a one-stop-shop,” Radnay says. “Things are selling faster and selling for higher amounts of money than before. It’s not just one segment of the market. It’s across the board.”

Radnay says she doesn’t see the market slowing down significantly any time soon and mentions the hot market on the North Shore over the last 18 months is leading to growth in the commercial sector. She cites the recently opened Pomeroy Restaurant in Winnetka and Le Colonial, which will be opening in Lake Forest in 2022. Perhaps most interestingly, commercial districts on the North Shore are benefiting from being in close proximity to Chicago. 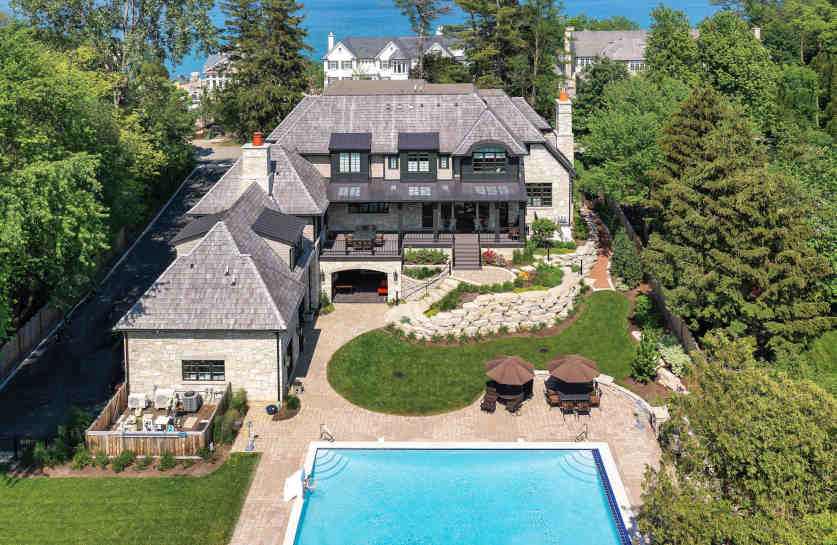 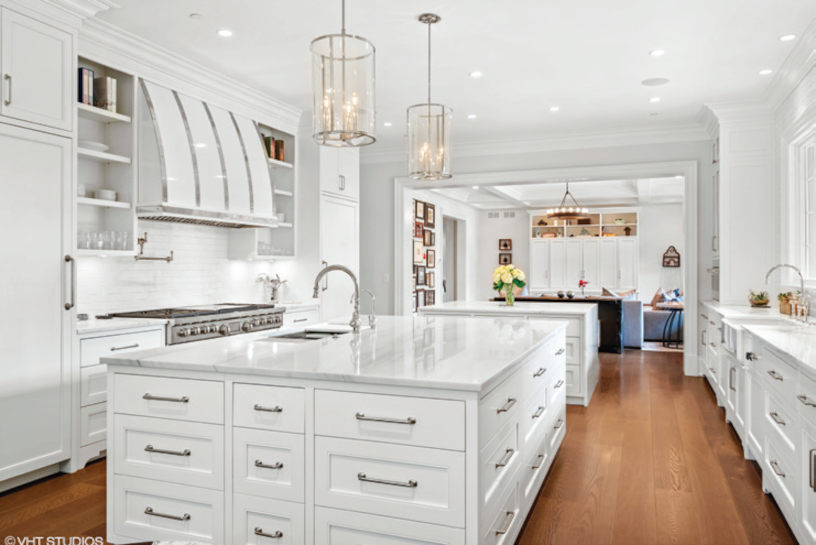 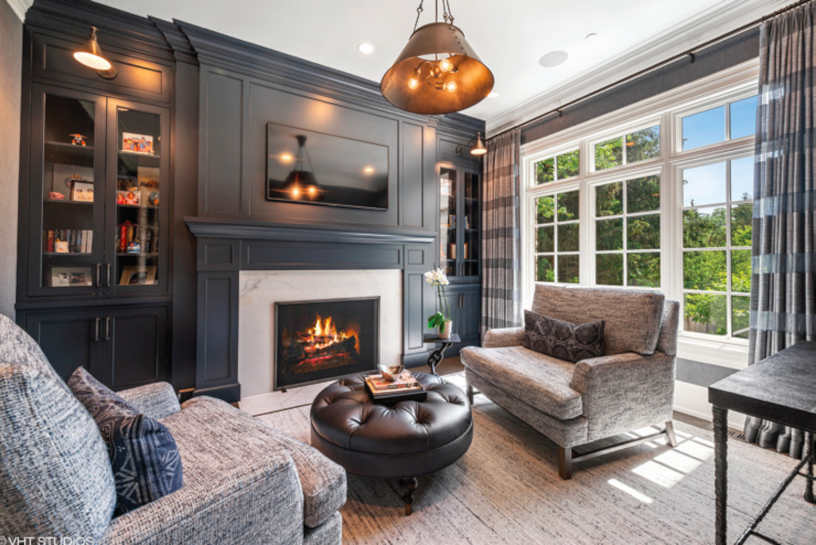 This property located at 390 Lakeside Terrace in Glencoe sold for $5.3 million in August 2021. It is another example of how the market for luxury properties grew at an unprecedented clip this year.

“You have people taking an Uber from the city because they want to be safe. The people coming up now, it’s unheard of,” Radnay says. “That tells me it’s about a lot more than just real estate, it’s about wanting to go to a specific community where you need to relax and you’re feeling safe. It’s part of a bigger experience where the experience is a great community, a great house, a great new restaurant, and a great place to walk around and get a coffee”

Along with his wife, Ann O’Donnell, Ryan O’Donnell is co-founder of Ballyhoo Hospitality, a restaurant group that operates four restaurants in Chicago and two on the North Shore, which include Sophia Steak in Wilmette and Pomeroy in Winnetka.

Like so many others, last October the O’Donnells moved with their children to Winnetka from Chicago’s Lakeview neighborhood. The previous June, O’Donnell had opened Sophia Steak and, despite the pandemic delaying its open, the response from the community was overwhelming.

“We actually postponed the opening for three months, and then opened up in May and June with food to go,” O’Donnell says. “Ours was one of the families that moved up here and I think people moving up from the city are used to sit down restaurants.”

The reception to Sophia led O’Donnell to start exploring other opportunities on the North Shore, especially because there are not that many casual fine-dining restaurants in the region. The idea of Pomeroy, a French bistro now open in Winnetka, was born.

“Sophia was a catalyst for the decisionmaking to do Pomeroy, and now we’re opening up a bakery and sandwich shop in Wilmette early this coming year,” he says. “We opened Sophia in June and we knew by August we need to do another restaurant and it needed to be in Winnetka.”

In a way, O’Donnell says the opening of Pomery reflects the migration that has taken place from Chicago to the North Shore for couples and families looking a city vibe.

“A lot of people have said, ‘you know, thanks so much for giving us a city restaurant up here’,” says O’Donnell. “I feel like we’ve been part of the migration. We have been very fortunate with the timing. Some of it was intentional but some was just good fortune.”

Like many brokers who have experienced an unprecedented year, Susan Brown Burklin of @properties in Highland Park is looking forward to a reset.

“The 2021 real estate market will be remembered historically, and I do not see it slowing down anytime soon,” Burklin says. ”At a recent open house for a new North Shore listing, I had over 50 groups come through, most of whom were from the city. I am looking forward to the holiday season and recharging my battery a bit and then hitting the ground running in January.”