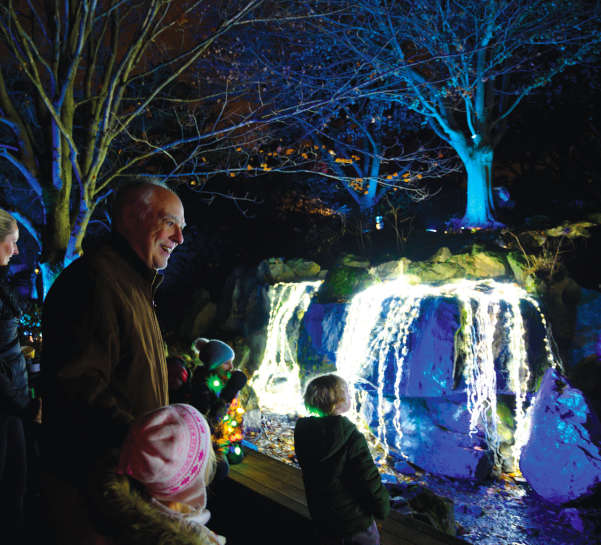 Chicago Botanic Garden stages a light show, Lightscape, for all ages during the holiday season. In its third year, the production features 17 installations from artists around the world and Chicago.

For the third consecutive year, the Chicago Botanic Garden (CBG) will stage Lightscape, a holiday show that lights up a 1.25-mile trail along the garden property. The show, which was first held in 2019, is produced by the garden along with Sony Music and UK-based WAD Entertainment.

“They came to us over from London and they’ve done this show at Kew Gardens, which is obviously well known, and other places over there,” says Jodi Zombolo, CBG’s associate vice president of Visitor Events & Programs. “They asked us if we’d be the first venue to have it in the United States, we talked about a lot, and said, ‘Of course’.”

Zombolo says CBG sent a couple of staff members over to London to look at the installation by WAD Entertainment in Kew Gardens and they liked what they saw.

“They treat the grounds and the plants because that’s very important to us as an institution, and we felt it was a really good relationship,” Zombolo says. “We thought it worked well and decided to make the partnership happen. It’s something that we feel really good about.” Zombolo says that while Lightscape doesn’t align exactly with CBG’S core mission of teaching about horticulture and conservation, it does bring visitors on to the garden property during a time of year they might not otherwise come.

Lightscape runs along a 1.25-mile trail and features installations by artists from France, the UK, Australia, as well as local artists from Chicago. 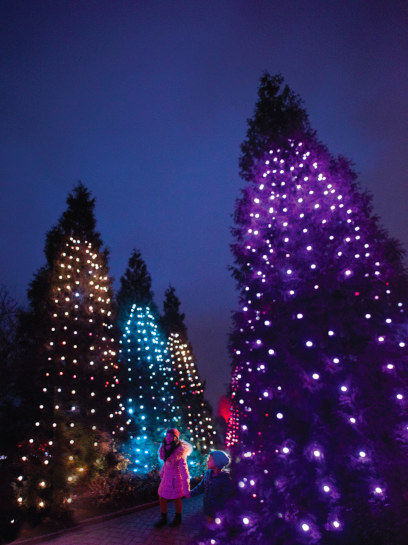 To say Lightscape is a “light show” is an understatement.

“You can’t put a finger on how many lights are involved because there’s a laser show at one installation and then there’s a fire garden,” Zombolo says. “It’s not a light show like your typical Christmas light show. The installations are all so very different.” 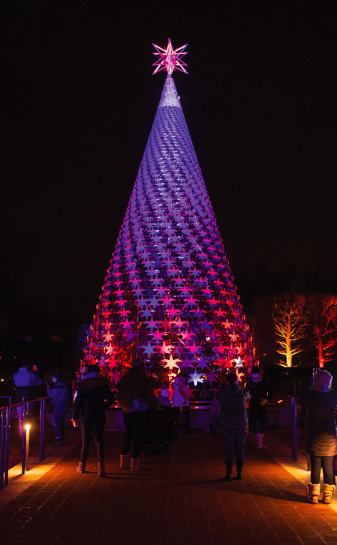 Zombolo says she has seen firsthand the pleasure the Lightscape event brings to people of all ages.

“I have personally worked many nights of this event for the past two years and it is just so much fun to watch the joy on people’s faces when they walk the trail,” Zombolo says. “It brings families together to look at all of these different installations and it’s great to see how they enjoy them.” 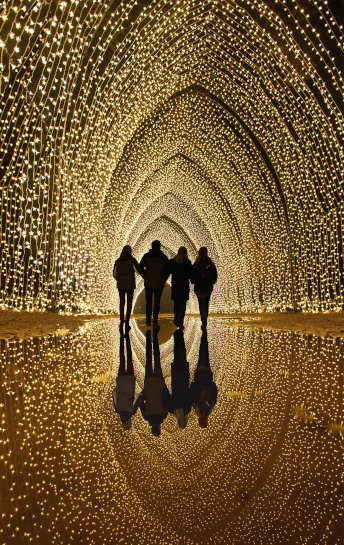 More than just a light show, the Botanic Garden’s Lightscape features lasers and other installations that
promise to dazzle visitors as they walk along the 1.25 mile trail.

Food and drink can be purchased at three different stations along the trail, including a s’mores station where visitors of all ages can roast their own s’mores. Adult beverages will be offered as well.

Tickets for Lightscape can be purchased online on the CBG website and vary in price depending on what day visitors will be attending and whether or not they are members. The show will likely sell out this year (some dates are already sold out) as it has in the past, so Zombolo encourages people who want to attend to buy their tickets as soon as possible. Lightscape opens on November 13 and runs through January 2.

“It’s just a fun, festive feeling, especially after these past two years of many people having to stay at home,” Zombolo says. “It’s really neat.”