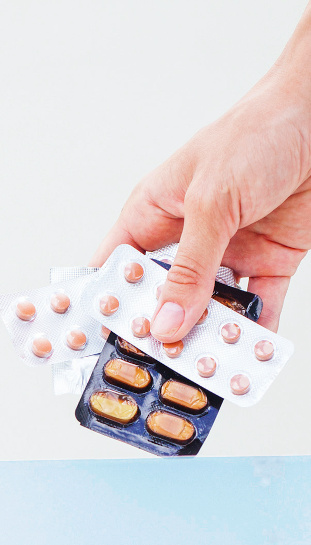 According to the Centers for Disease Control, 136 people die every day from an opioid overdose. Roughly 21 to 29 percent of patients prescribed opioids for chronic pain misuse them.

At Northwestern Medicine, efforts have been made to reduce the number of opioids providers prescribe, while also offering safe disposal options for patients, particularly after surgeries.

Dr. Aaron Epstein, Vice Chair of the Department of Emergency Medicine at Northwestern Medicine Lake Forest Hospital, says the give-back programs are an important component of the ongoing battle against opioid addiction.

“I’ve been working at Lake Forest Hospital in the emergency department for 18 years and almost daily we see the misuse or abuse of medications, especially opioid medications,” Epstein says. “We’ve made tremendous strides, but unfortunately a couple of hundred people die every day in this country senselessly from the overdose of opioids.”

Epstein says that while he has more tools available to him to help him determine if opioids are being abused—a state database tracks how often prescriptions are being refilled—the give-back is an opportunity to simply get more opioids out of cabinets and off streets where they shouldn’t be.

“It’s a great amnesty day, if you will, of cleaning house—a fall cleanup. Even in my house. You have a little procedure, and you get 30 Norcos and you take one or two of them and the rest sit in a bottle for three years in my cabinet,” says Epstein. “It’s a great opportunity for even myself to clean house.”

Epstein says the give-back day also helps to reduce the chances that people will take the wrong medicine.

“I’ve seen, especially in the elderly, where they think they’re taking their blood pressure medication and they accidentally take a Norco and all of a sudden Grandma’s not acting right,” he says.

The give-back day also reduces the chances that people will abuse drugs prescribed for others. Epstein says that particularly during the pandemic, depression and other mental illnesses emerged that prompted people to peruse the prescriptions cabinets of friends or family looking for a way to ease their mental anguish.

While a lot of the focus lately is on opioid medication, the give-back is applicable for any non-liquid medications (for safety reasons) and there are no questions asked. The idea is to get medications that aren’t being used or shouldn’t be used out of circulation.