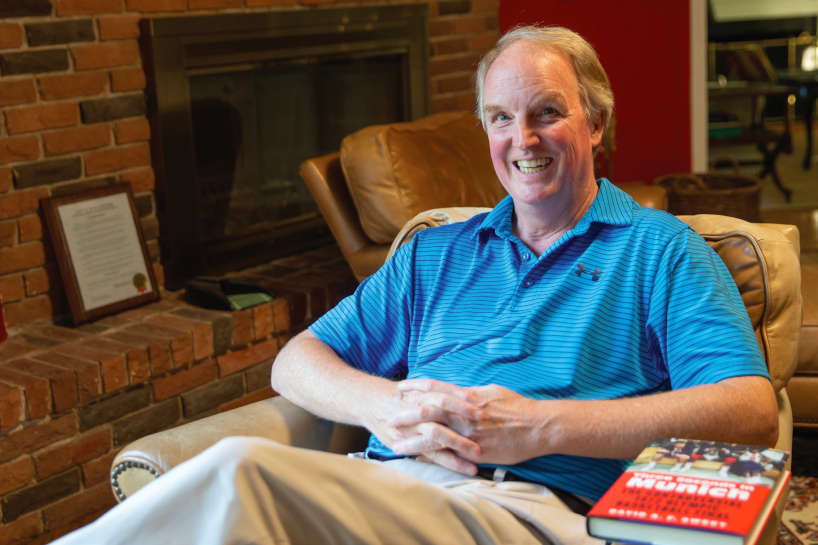 The cover of the book Three Seconds in Munich features an image of three dejected USA men’s basketball players in 1972.

But the work, penned by Lake Forest author David Sweet, is about more than hoops.

It’s also about terrorism, the Cold War, athletes and coaches refusing to accept Olympic silver medals in Germany, corruption, and why the squad’s team captain, guard Kenny Davis, still can’t stop thinking something was stolen from from him each time he hears The Star-Spangled Banner. 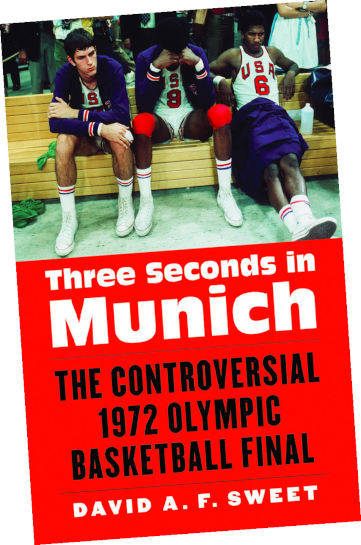 The hostages were later killed in a shootout at the Munich airport.

Sweet, 58, also revisits the confounding actions of officials and the chief of an international association at the end of the game. Rules weren’t followed.

The finish zoomed to the top of the unofficial “Most Controversial Finishes in International Sports History” list. It remains No. 1, insists Sweet, who will discuss the book—in an interview format with Lake Forest resident and WGN News anchor Larry Potash, a 14-time Emmy winner—at Gorton Community Center in Lake Forest on October 19, from 7-8 p.m.

Sweet will also field questions that attendees might have about the book (University of Nebraska Press, 2019), which he dedicated to his late parents, Phil and Nancy Sweet. 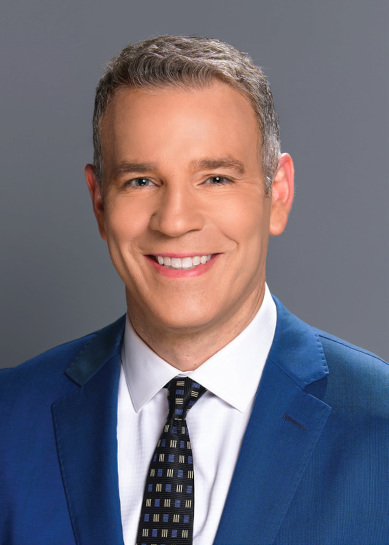 “Encountering the evil of terrorism and suffering an excruciating, unjust championship loss in only a four-day span—a sad and searing way for innocence to be shorn—shaped them then and continues to influence them today,” Sweet writes of Team USA’s amateurs, who had seemingly won their country’s eighth straight gold medal in men’s basketball and then refused to accept their silver medals after the Soviets had secured the stunning triumph on a buzzer-beating basket.

“The topics in the book resonate today, and I think they’ll appeal to a broad range of people, age-wise,” Sweet, in a phone interview last week, adds. “Who could forget the television coverage of the horrific events, of the massacre of 11 people?

Sweet vividly captures the horror that USA center Tommy Burleson endured on the eve of the USA-Italy semifinal. A West German guard pressed the barrel of his gun against Burleson’s head as Burleson heard Israeli athletes walking and sobbing in a parking garage.

The athletes would be among the 11 killed by the terrorists.

Sweet grew up in Lake Forest and attended Denison University, where he majored in English. He earned his journalism degree at the University of Southern California.

“I love researching and interviewing and writing,” Sweet says. “I could do all of that all day, especially if it involves a topic that interests me. Think about what those U.S. players gave up in 1972. They gave up an Olympic medal. It’s a young athlete’s dream, isn’t it, to earn such a medal? But all 12 players took a stand and didn’t want to validate the outcome of the game by showing up at the ceremony to receive silver medals.” Two of the players—Davis and guard Tom Henderson—made sure none of their descendants will ever see the silver prize.

It says so in their wills.

Sweet traveled to Kentucky to interview Davis. The day of the prearranged get-together happened to be the day of the funeral of Davis’s father, Clyde. Sweet offered to conduct the interview some other time.

A grieving Kenny Davis chose to stick with the original plan.

He’d heard the national anthem at the funeral, because his father was a veteran. The song, once again, transported Davis back to 1972, which should have been a joyful reminiscence.

“I never hear a national anthem being played without thinking that something was taken away from us,” Davis tells Sweet. “I couldn’t imagine the cold chills that would have run down my neck on the podium as they played the anthem and the flag was raised. I look back and think that was one of the things we were cheated out of—hearing our national anthem.”