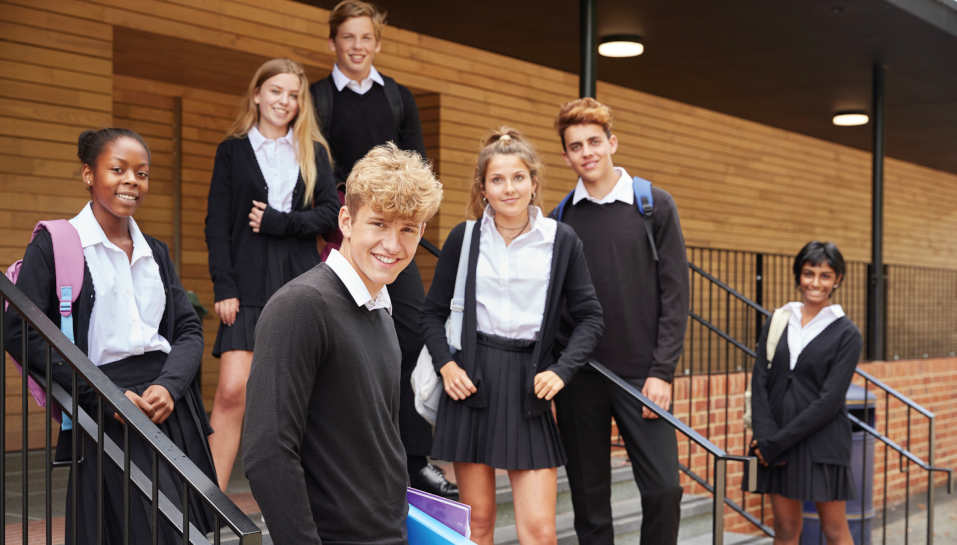 With many private schools well into their second consecutive year of in-person learning, and with school activities such as sports teams and clubs restored, school administrators tell The North Shore Weekend they are confident students are back on track with their learning.

Niall Fagan. Headmaster at Northridge Prep in Niles says students are enthusiastic about the environment at school being close to what it was prior to the pandemic.

“We’re working with a coach for our teachers for professional development and continuous growth and his first time at the school he was remarking about how he could tell the boys have a lot of energy,” Fagan says. “At the same time, when they come into the classroom, they’re primed to learn.”

Last year, Northridge Prep provided a Zoom option for students who wanted to learn remotely or who had to quarantine due exposure to the COVID-19 virus, which caused some students to fall behind. However, this year no Zoom option is being offered and the students are back on track. 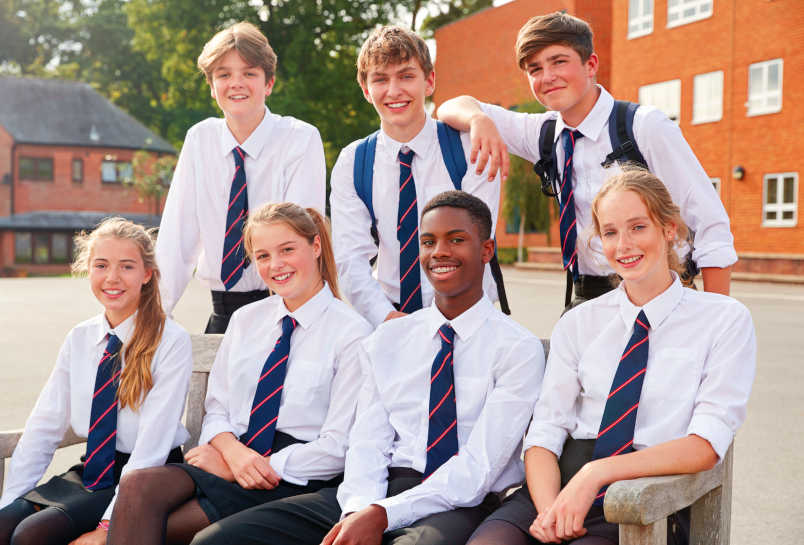 “We saw that most students that were out for more than a week struggled. Some do well on Zoom but most do not,” Fagan says. “We do have a remote learning plan and process in place for students who have to quarantine, but it’s to participate in the normal class remotely.”

Too much reliance on technology bumps up against Northridge Prep’s educational philosophy. Students don’t use laptops in class but instead take hand-written notes—a practice that Fagan says helps them better understand what they’re learning and retain knowledge. 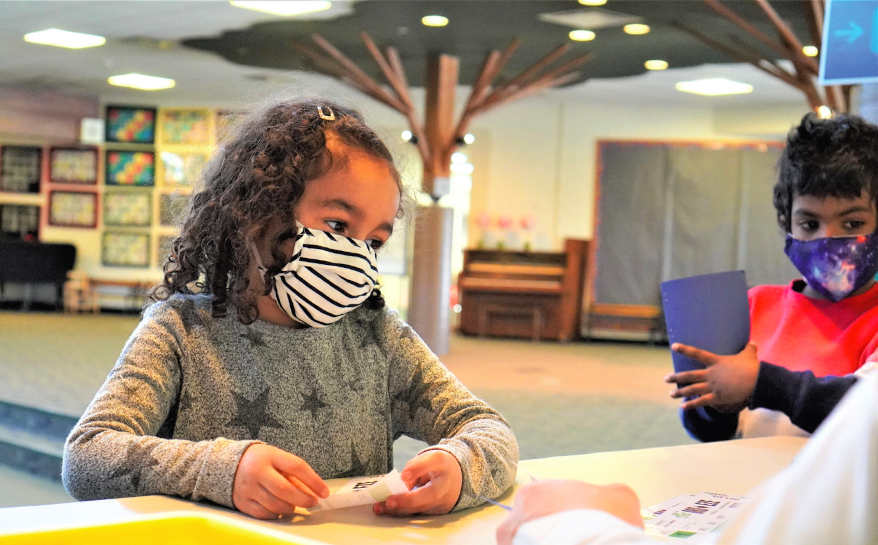 Administrators at Lake Forest Country Day School say that because they were open for the full school year last year, the school is well-positioned to maximize learning for students for the year ahead.

Fusion Academy, with campuses in Evanston and Lake Forest, was well-positioned to handle disruptions to the classroom due to its unique teaching model. The school provides one-on-one teaching both in person and remote, so the technology infrastructure was already in place when it had to close in spring of 2020.

Chrissy Dale, Head of School at Fusion’s Evanston location, says the model has served its students well during these past few years of disruption and uncertainty.

“Our teachers were able to very closely transition into the same academic setting with a Zoom meeting. They already had that rapport with students and know them very well,” Dale says. “They were even able to support that social and emotional piece because when they logged on, they could tell how the students were functioning that day.”

One of the features of Fusion Academy is its Homework Café, a physical space where students gather to do homework, so they don’t take work home. The café was difficult to replicate remotely, and Dale says she saw a drop off in participation, but with students back in school it’s thriving once again.

One thing that was missed last year were field trips, but those are up and running as well.

“We went on our first field trip two weeks ago to Chinatown and the students were just thrilled to have that opportunity to get back out and do enrichment learning in the community,” Dale says. “It was lovely.” 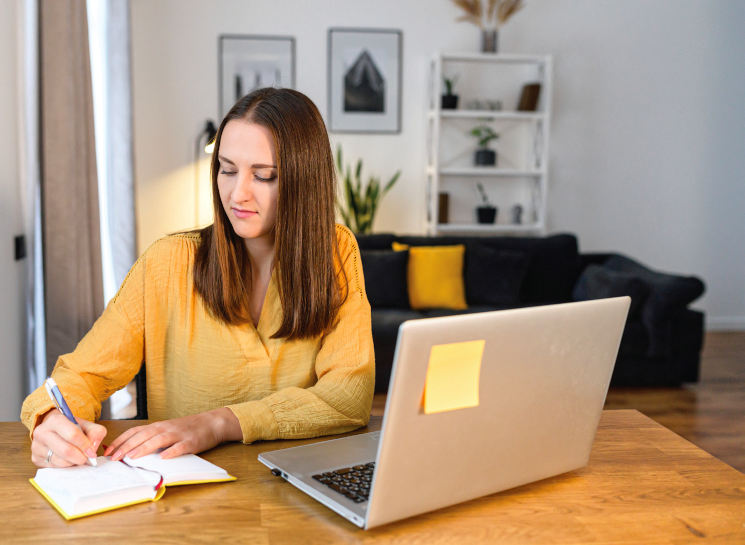 Fusion Academy offers one-on-one teaching for students that is tailored to their educational needs and strengths.

Alex Sheridan, Director of Enrollment, Marketing, and Financial Aid at Lake Forest Country Day School in Lake Forest, says the mood on campus among students has been positive.

“In terms of the mood, in terms of the temperature, things are really great,” Sheridan says. “We were open for a full year of in-person learning last year so I think that’s given us a lot of confidence that we could return again this year and not have a steep learning curve.”

Sheridan says that with athletic teams in place again and other opportunities for students to socialize, it feels a lot more like a normal school year.

“Students are being able to participate in activities and programs that they weren’t able to do last year, so there’s more to the experience which I think is really exciting for everybody,” he says. “It feels very familiar to us. It doesn’t look entirely familiar with the kids’ wearing masks and there are still mitigation measures in place, but the feeling is one that is a lot more familiar to us.”

At Sacred Heart School in Winnetka, Principal Margaret Webb says she’s getting data on recent test scores that shows students have done just fine academically given the challenges of the past two years.

“I just finished reading the kids’ scores and I’m very pleased to see that we did not have a falloff in scores, so the kids are doing very, very well keeping up with their academics,” Webb says. “They can stay three feet apart instead of six feet apart and wearing their masks, they can do group work. It’s familiar and I think the teachers, students and parents are appreciating getting back to some level of normality.”

“They come into the building bouncing and joyful and ready to learn and happy to see their friends,” she says. “Last year, we had no volunteers in the building whatsoever and this year we’re kind of bringing things back slowly. We’re going to have a homecoming pep rally outdoors and we’re going to try and have a Halloween party. We’re getting there.”

Kathy Thompson, Assistant Principal at School of St. Mary in Lake Forest says that while the school can’t publish data on test scores due to privacy, she likes what she is seeing from her students.

“When we transitioned virtually last March (of 2020), we collected some data points so that we could measure to ensure that we were able to transition as seamlessly as we were able,” Thompson says. “When we came back to the school year last August, we looked at the academic achievement of our current students and we did not have any of those academic gaps.”

School of St. Mary experienced an influx of new students this year who were in remote learning situations all last year and that has presented some challenges for the school to help them catch up.

“We have a huge percentage of new students in both buildings this year and some of that is prompted by parents who were hesitant about public schools remaining open,” she says. “It was difficult for parents with jobs to help their children with remote learning or whatever else was necessary for them to learn at home.” 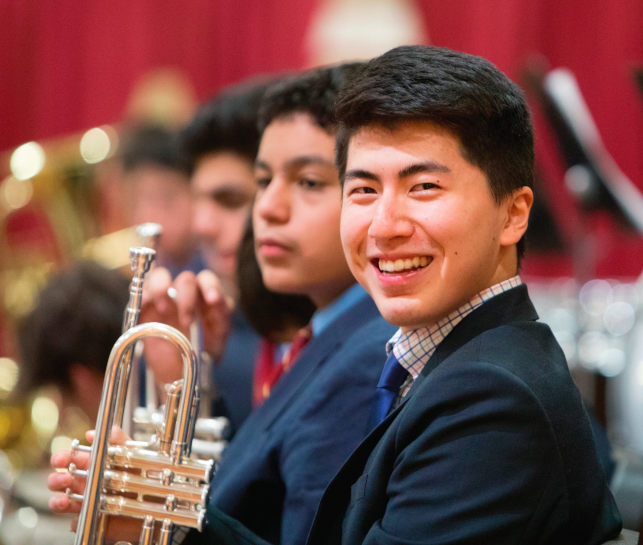 The all-boys Northridge Preparatory School in Niles is back to offering a full slate of sports and club activities for students this year.

Tony Frank, Head of School at Rochelle Zell Jewish High School in Deerfield, says when he walks the halls of the school, he senses a renewed energy among students.

“I think there’s a real sense of exhilaration, energy, and excitement. Some students clearly struggled during lockdown, during remote learning,” Frank says. “We saw some kids were doing quite well but for other kids, it was clearly hard, and we had to really figure out to how to help those kids. I don’t think we have a sense of like a whole year lost or half-a-year loss.”

A primary aspect of student life at Rochelle Zell Jewish High School are overnight trips designed to help students more deeply explore their faith. Frank says those opportunities were really missed last year but they are slowly being restored.

“There’s quite a bit that we were not able to do last year—any kind of school trips… overnight trips were off the table,” he says. “Student clubs continued but it was kind of a shadow of its usual self.”

At least two thirds of Zell students participate in sports and Frank says restoration of sports programs is contributing to the positive mood on campus.

Perhaps more than other schools, Lake Forest Academy faced some serious challenges during the pandemic. Twenty-five percent of the school’s students are international boarding students, so when they were forced to return home in spring of 2020 the school scrambled—successfully—to establish remote learning for them. Due to travel restrictions, those students were not able to return until the beginning of this year. 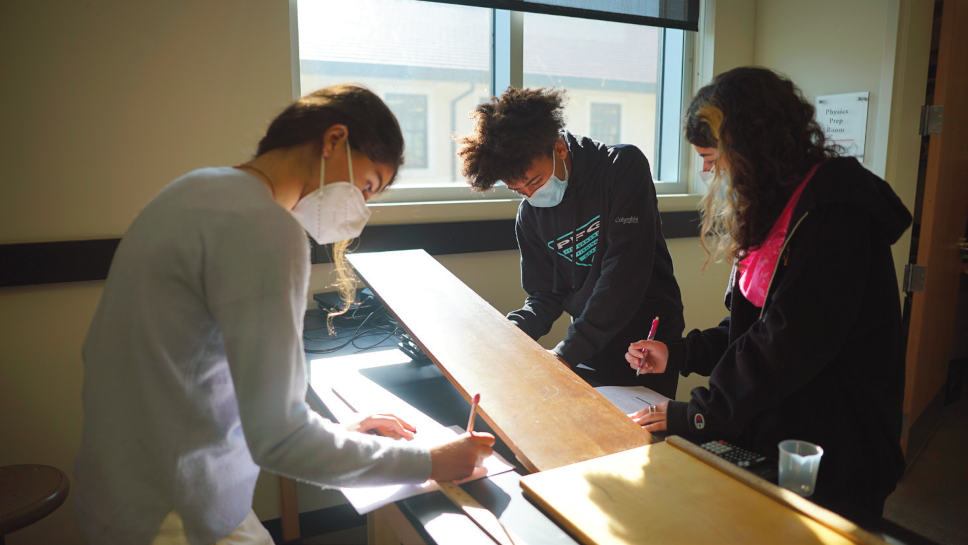 Lake Forest Academy faced challenges last year as it sought to meet the needs of its foreign boarding population, but students are back on campus and the mood on campus is positive.

Chris Tennyson, Associate Head of School at Lake Forest Academy, says all of that has led to an uptick in student engagement and socialization this year.

“I would make the observation—we actually had a faculty and staff meeting about this today—that I think student engagement and participation in school life is at some of its highest points that we have seen,” Tennyson says. “I think seeing and having fans in the bleachers and out on the sidelines of games or the sideline of a rink really helps.”

At the same time, Tennyson says, students still need social and emotional support. They’ve incurred a lot of stress the past few years and the school has some high-achieving, high-functioning students.

“Behind that mask, we have students who are stressed and they’re tired. They’re emotionally exhausted and at times physically exhausted,” he says. “Our school counselors and our Learning Resource Specialists are really busy doing tremendous jobs, trying to make sure that our students are getting the support that they need.”

Jessica Campbell is Director of the Center for Global Studies at Woodlands Academy of the Sacred Heart, a day and boarding school in Lake Forest. Like Lake Forest Academy, Woodlands has had its challenges to handle the needs of its foreign students, many of whom are from China.

Woodlands also provides learning opportunities for students via travel in the United States and throughout the world. It’s an important aspect of student life and had to be halted last year because of the pandemic. 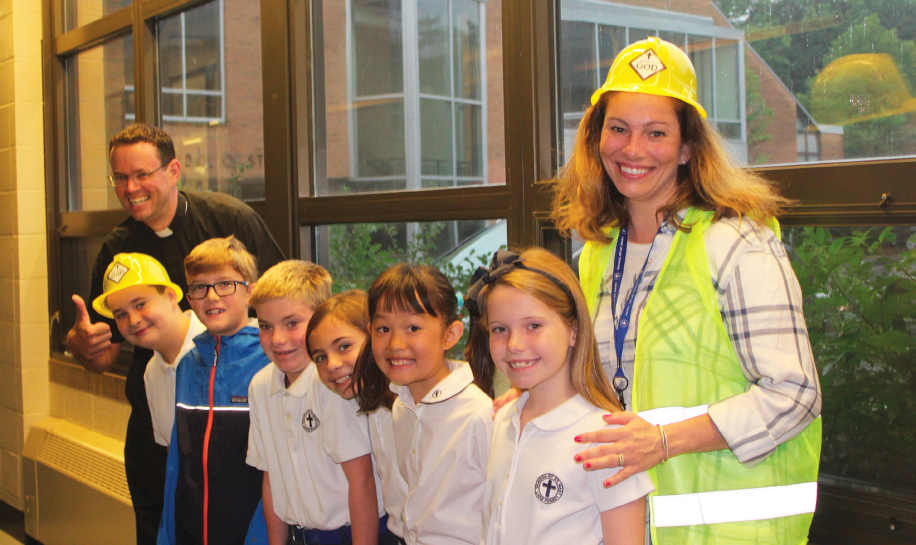 School of St. Mary in Lake Forest experienced an influx of new students this year from public schools because parents weren’t confident that public schools would stay open for the duration of the school year.

But it’s coming back. 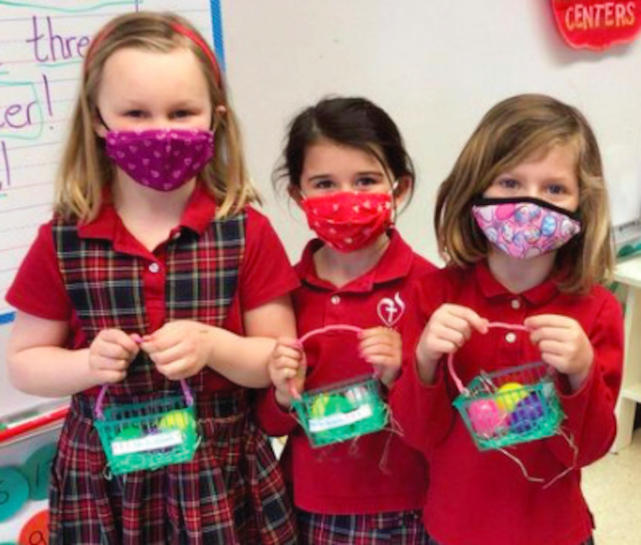 Principal Margaret Webb of Sacred Heart School in Winnetka says recent data indicates that her students are on track with little drop off in learning during the pandemic.

“We’re getting a lot of gratitude from parents as we try to recreate our programming. There’s so much appreciation,” Campbell says. “While there’s still feelings of uncertainty, we’re excited about other events on campus and are having some really enthusiastic conversations with prospective students.”

Campbell says the ability to have speakers on campus and have parents visit has lifted spirits as well. 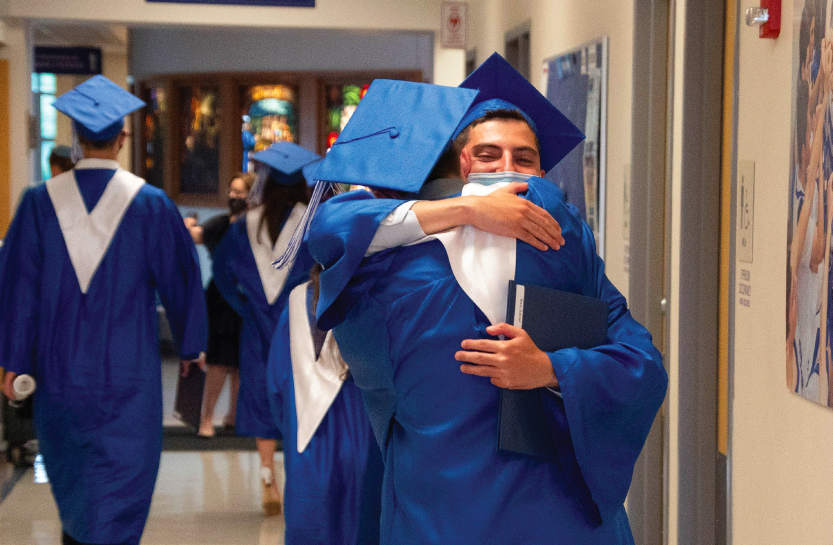 Overnight trips for students are an important learning component for students at Rochelle Zell Jewish High School in Deerfield and those trips have been restored for the current school year.

The mood on private school campuses on the North Shore these days is perhaps best captured by Tom Flemma, Head of School at North Shore Country Day School in Winnetka.

“As the old song by The Who goes,” he says. “The kids are alright.”