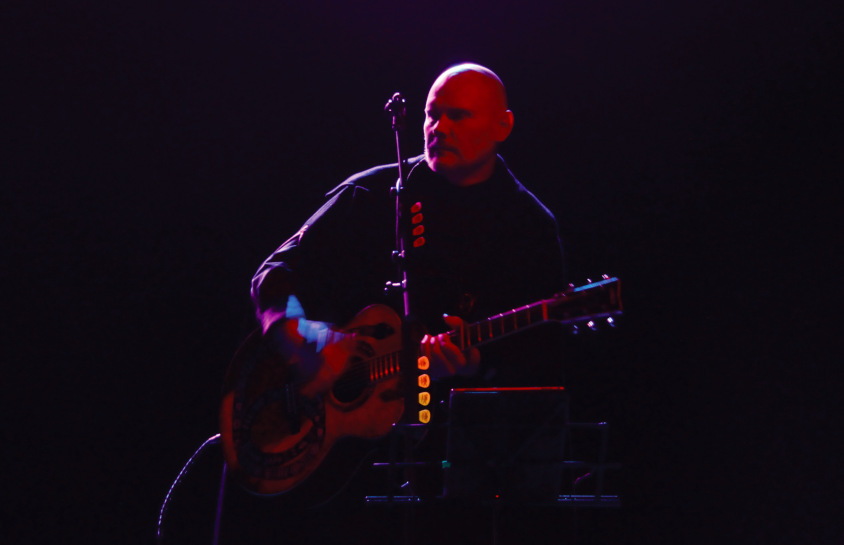 Billy Corgan of the Smashing Pumpkins will be revisiting songs from the early days of the band during eight intimate, solo shows in October at Madame Zuzu’s Teahouse in Highland Park.

Billy Corgan knew something was up in 1993 just prior to the release of the Smashing Pumpkins’ seminal second album, Siamese Dream. The band was scheduled to perform in-store at the old Tower Records in Lincoln Park in Chicago, and thousands of fans descended.

“We did a record release party and they had to close the street down because so many people showed up,” Corgan says. “It was wild because it was the first time we were playing some of these songs and the audience was singing along to every word and I was like, ‘How do they even know the record?’”

The mystery was solved when someone pulled Corgan aside to let him know a cassette of Siamese Dream had been circulating underground for more than a month. The record had gone pre-Internet viral. 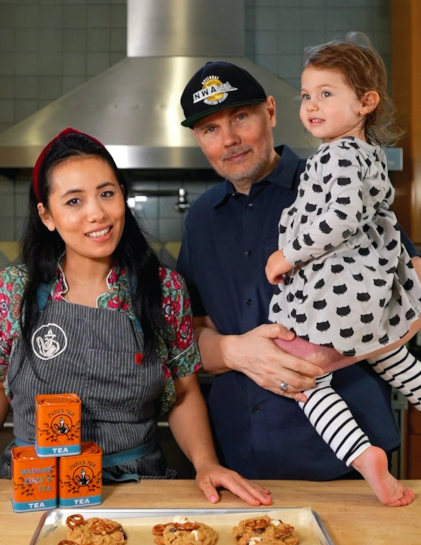 It is the early days of Smashing Pumpkins that Corgan wishes to revisit during eight intimate solo shows in October at Madame Zuzu’s Tearoom in Highland Park, the teahouse and restaurant Corgan owns with partner, Chloe Mendel.

“My goal is to focus on my earliest songs, say between 1985 and 1990. The idea is to kind of create a dialogue with the music because as time goes by, I feel the music kind of slipping further and further away,” he says. “I’d like to have one last conversation with it.”

Corgan says he wants to think about the shows more in the context of storytelling and delve into a deeper narrative about not only who he was at the time but the band as well, before they shot to fame.

“We were starting to run into an echoing narrative with media that ultimately fed into the internet age where past, present, and future was starting to get jumbled up and it felt like there was nothing you could do,” Corgan says. “Being a young artist in the ‘80s you felt like the Beatles had already not only done it, but you could never do it better than the Beatles.” 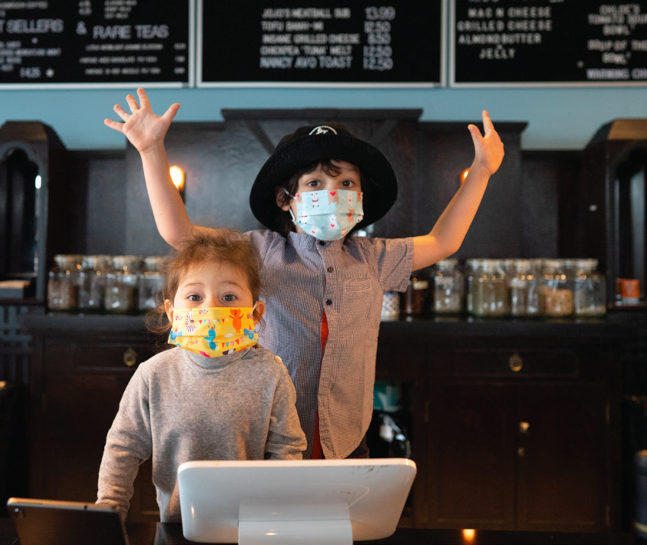 Philomena with her brother, Augustus Juppiter.

While the Pumpkins spent plenty of time paying their dues touring and opening for other bands, when the success came it was fast, almost like a wave that wanted to swallow the past.

“It’s like if I told you the same story over and over again and on the 47th try you said, ‘Wait, that’s quite interesting’. We would see glimmers of hope in a song, a moment, a solo,” says Corgan. “We would kind of talk about it afterwards and say, ‘There’s something there, but I can’t quite put my finger on it’. It was really wild because when we put those pieces together, it was like a bushfire. We went from 80 people to 800.” 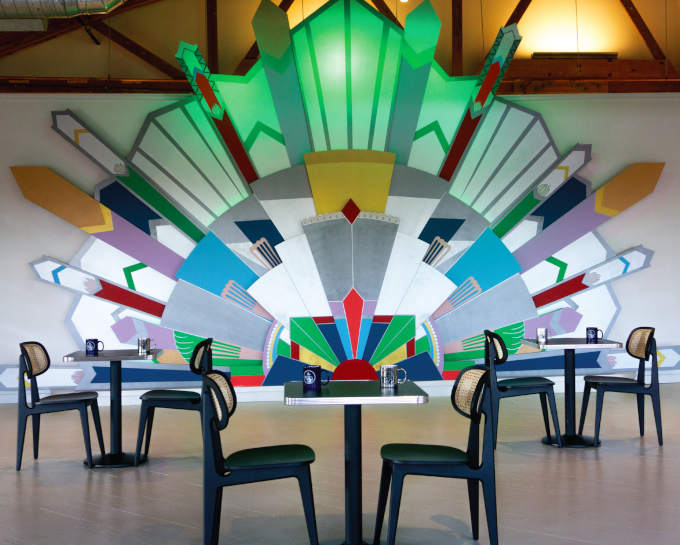 Corgan says Madame Zuzu’s provides the perfect environment to have a “dialogue” with audiences about some of the Smashing Pumpkins’ early work.

The rise to fame for Corgan and the Smashing Pumpkins was indelibly assisted by the emergence of grunge and bands such as Nirvana, Soundgarden, and Pearl Jam.

“It’s easy when you look backwards at something, but in the moment, it felt like it just took off. It started about ‘90 when you really start to feel this kind of tremor,” he says. “Nevermind (from Nirvana) was obviously ‘91 and then by ‘93 you had bands playing arenas everywhere. That’s not a really long period of time from club obscurity to headlining festivals with 90,000 people in Madison Square Park.”

Corgan says the speed with which is all happened meant the band didn’t really have a chance to savor the experience, and that’s in part why he wants to revisit some of the early material after all the years, especially some of the songs written before they even started recording.

“Before we actually made Gish (released in 1991), I think there was something in the neighborhood of 50 songs that we did that were used, in some cases played once or twice, and discarded,” he says. “There’s a few gems, but there’s little lost detours of what might have been. This is why (Madame Zuzu’s) is the perfect environment—it’s like a hothouse, very small …very comfortable.”

With each show limited to an audience of 50, Corgan says it’s the perfect opportunity to explore new ideas, not much different from off-Broadway theater.

Corgan moved to the North Shore around 2008 after purchasing a home in Highland Park in 2003 and making renovations. He’s comfortable on the North Shore with his partner and two young children, Augustus Juppiter, 5, and Philomena Clementine, who will turn 3 in a few weeks.

“I really fell in love with the genteel living here, I was born in the city and grew up in the western suburbs and got used to the brusque, working class, in your face world that I grew up in,” he says. “As I said many times in the early parts of my musical life, I couldn’t wait to get away from it. I have a lot of love of course because that’s where my family made its roots, not just literally but also sort of spiritually in the working class and anybody who’s from Chicago understands that that’s really the heart and soul of it.”

At this point in his life, though, Corgan sees the North Shore as a special place that’s rooted in community.

“I tell a lot of my friends who experienced different issues in the city that life up here is quite wonderful, you kind of have the best of all worlds,” he says. “It’s one of those places that tend to percolate, kind of outside of major cities where people want to be connected to a major city, but they really want a pastoral way of life, and not necessarily pastoral in the middle of nowhere.”

Corgan says he feels lucky that he has choices and that he made the choice a while ago to live somewhere that moves a little slower and where people tend to say, “hello” to you as you pass them on the street. It all works for him, and with Madame Zuzu’s open now a year (Corgan and Mendel celebrated its anniversary last weekend), he’s found a comfortable space to perhaps reflect on and explore his musical catalogue.

“I think music is very much of the people so playing live is always a great kind of leveling force as far as learning if an idea is cool,” he says. “I like that dialogue. I’ve always claimed myself to be a populist and I like the idea of a greater dialogue. There’s something to be said about being in sync with the audience.”

Billy Corgan will play eight live shows on successive weekends in October at Madame Zuzu’s in Highland Park, 1876 1st Street. The dates are October 9, 10, 16, and 17. Matinees at 3 p.m. and evening shows at 8 p.m. Tickets are $50 and available at madamezuzus.com. Only 50 tickets available per show. The North Shore Weekend readers will have first access to tickets until the shows are publicly announced later this weekend.