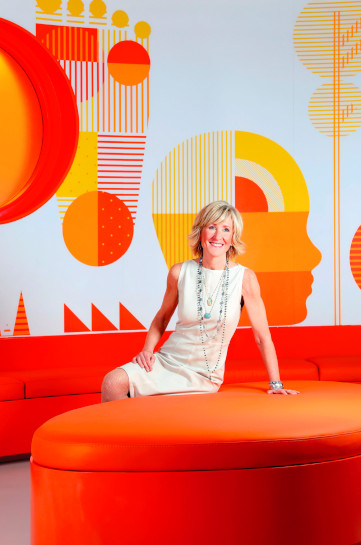 She changed lives. She changed the definition of rehabilitative health care. But most of all, Dr. Joanne C. Smith—who died September 6 following a private battle with cancer—changed the paradigm of medicine with her vision for what is now the Shirley Ryan AbilityLab in Chicago.

“Dr. Smith was a transformational and visionary health care leader,” said Shirley Ryan of Winnetka, a board member who together with husband, Pat Ryan, made a multimillion-dollar gift to the former Rehabilitation Institute of Chicago (RIC) in support of its innovative new facility, which was completed in 2017. “Her impact in the field of rehabilitation will be felt globally for many generations to come. She blended a culture of hope and positivity, integrating scientific research, technology, and superior clinical care. I was honored to be her colleague and friend.”

Dr. Smith, who continued to serve as President and CEO of Shirley Ryan AbilityLab while also undergoing cancer treatment, was 60 years old. The tributes to her as a health care pioneer, colleague, and friend came in from many, including long-time colleague Nancy Paridy, Senior Vice President and Chief Administrative Officer at Shirley Ryan AbilityLab who will help lead the organization with Senior Vice President and Chief Operating Officer Peggy Kirk until a replacement is found. 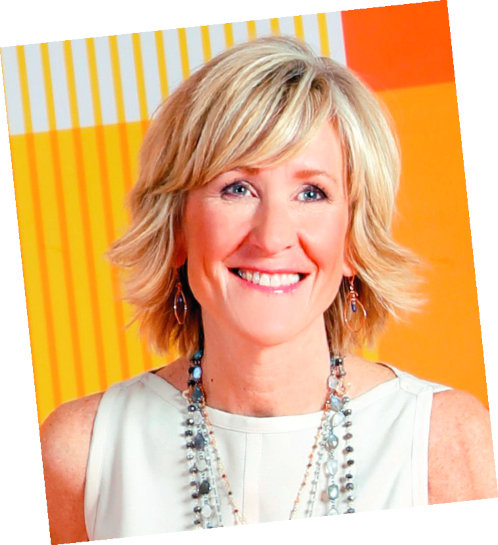 “Dr. Smith didn’t just live our vision; she created it,” says Paridy. “Shortly into her tenure as CEO of the Rehabilitation Institute of Chicago (RIC), she had a realization. Medicine, science, and technology were at a boiling point with the convergence of disciplines and discoveries. She understood that, for the first time, we could apply research right into the clinical environment for even better, faster patient outcomes.

”At this point, she explains, RIC had been ranked the No. 1 rehabilitation hospital in America by U.S. News & World Report for nearly two decades. Dr. Smith didn’t need to change anything about the organization, yet she decided to radically re-envision its model of care. Shirley Ryan AbilityLab was the manifestation for Dr. Smith’s vision—integrating science into care, undeniably changing the paradigm for health care delivery. The result was the world’s first-ever “translational” research hospital in which physicians, scientists, innovators, technologists, and clinicians work together in the same space, surrounding patients, discovering novel approaches, and applying research in real time.

The $550 million, 1.2 million square foot research hospital immediately gained national and international accolades. Just recently, the hospital once again was ranked No. 1 in rehabilitation by U.S. News & World Report for the 31st year in a row—a level of distinction, quality, and outcomes unmatched by any other facility.

“She was a force of nature and a deeply caring, transformational leader,” adds Paridy. “She would never give up—on anything or anyone in her life.”

In addition to her leadership at Shirley Ryan AbilityLab, where she managed a team of more than 2,000 clinicians, scientists, and staff, Dr. Smith was a faculty member at Northwestern University’s Feinberg School of Medicine for 25 years. She also served for more than a decade on the Healthcare Advisory Roundtable for Madison Dearborn Partners and for more than two decades on the board of directors for AptarGroup Inc.

“We are deeply saddened by the loss of our friend and leader, Dr. Joanne Smith,” said M. Jude Reyes, board chair. “Dr. Smith re-envisioned and reinvented the field of physical medicine.”

With great love for serving as president and CEO, Dr. Smith most valued her roles of wife and mother. She is survived by her husband, Rory Repicky, their children, Claire and Michael Repicky, and a large extended family, in which she was one of nine children.

“It is impossible to overstate the importance of love to Joanne—how her reverence for it drove and shaped her life,” said Repicky. “To Joanne, her work was always more than a job; it was a calling. By extension, her team members were always more than colleagues; they were members of her beloved, extended family. I know that her legacy will live on in this institution and in each and every employee working to improve the lives of the patients they serve.”

Paridy says what she will most remember is Dr. Smith’s capacity to connect with people authentically and lovingly.

“Her penchant for leadership was unparalleled. Her passion for life was pervasive,” she adds.

In her final days, Dr. Smith left a poignant final email to Shirley Ryan AbilityLab employees—one that will forever define her legacy.

“I take great comfort in knowing that our vision doesn’t end with me,” she wrote, “because it lives in you.