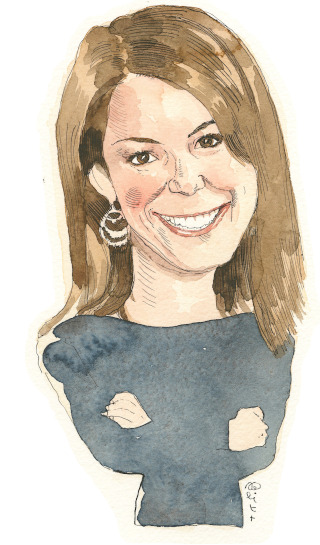 Some nights, when a young Alice Moody was supposed to be sleeping at home in St. Louis but was reading a book under the covers instead, she’d have to release the flashlight she’d been gripping for hours.

It had become too heavy for the rabid fan of Bobbsey Twins novels and Pippi Longstocking children’s books and any book by Judy Blume.

But that never stopped Alice, a grade-school student at the time, from summoning the strength to lift the flashlight and shine it on a page or two for another minute or two.

Moody’s appetite for the printed word hasn’t abated a lick. She and Lake Bluff denizen Ann Walters, in partnership with The Book Stall in Winnetka, are all agog about offering a unique literary subscription series, “Talking Books with Alice & Ann.”

Here’s how it works: Every other month, beginning in September, subscribers will receive a book, selected by Moody and Walters, in the mail and a link to a 60-minute “live” edition of “Talking Books with Alice & Ann”—to be held the first Monday (at 7 p.m. CST) the following month. During the virtual, Siskel & Ebert-style conversation, Alice and Ann will discuss, dissect, and debate the work.

“Ann and I went for a long walk one day and came up with book titles for our subscription series,” Moody says, adding 46 had subscribed through August 5. “None is a best seller; we chose books we thought had flown under the radar. And they’ll be surprises to our subscribers. You’ve heard of subscription holders of makeup products or clothing lines looking forward to surprises in the mail, right? People love surprises. Ann and I figured, ‘Why not surprise them with books?’

“I promise people that the books (fiction and nonfiction) we selected will move them. Each is thought-provoking.”

Moody and Walters are also co-founders of the venture Between the Covers. They lead book discussions at independent book stores, community centers, and private homes and venues. Moody also launched Short Stories Live—dramatic readings and illuminating conversations—at Writers Theatre in Glencoe in 2019, and serves as a writing coach for teens who need a nudge, or an attentive audience of one, or an occasional “rah-rah,” as they craft their college-application essays and personal statements.

Moody’s professional plate is so full, you can’t see any of its edges.

“Reading and writing … my jobs and my favorite hobbies are one and the same,” says Moody, a Johns Hopkins University graduate who worked briefly for a small publishing firm in Chicago before realizing she belonged in a high school classroom, teaching English and enjoying the back-and-forth of a lively book discussion with students.

Moody completed the Master of Art in Teaching English program at the University of Chicago and landed her first job in teaching at Joel Barlow High School in Redding, Connecticut. She taught sophomore English there.

“My first Parents’ Night, I was way out of my element, incredibly nervous,” Moody says. “My voice was shaking so much. But I knew I had made the right decision to leave publishing, even though the idea of working in the publishing world thrilled me. I’d missed the element of sharing my perspectives on a book I’d just read.

“Teaching was the best way for me to impart my passions for reading and writing.”

The daughter of an obstetrician, the late Bob Cohen, and Kay, an ace bridge player, Alice attended John Burroughs School in St. Louis, after having set an unofficial record for flashlight batteries used in a three-year span. She played varsity tennis, smacking her second serves as hard as she hit her first serves and deflating foes with her down-the-line backhand winners.

“I took my schoolwork seriously,” says Moody, who also took it seriously at Johns Hopkins, in between her matches for the Blue Jays’ women’s tennis team. “I loved English and history, anything to do with stories. I wasn’t a recluse in high school; I wasn’t a cool party girl.”

She’s a mother of two (Colin, 23, and Davidson College senior Izzy, 21). The mother of all writing coaches, particularly for college applicants?

“My message to them is, ‘Your essay, your personal statement, matters to you and you only,’ ” Moody says. “Not to your parents. Not to admission officers. Not to me. That summer job, with a mean boss? I’ve read essays describing that experience. What did it mean to someone who didn’t make the volleyball team? To be the shortest person in a class? I’ve also read those essays.

“Nothing thrills me more than to hear a teen tell me, ‘That’s the most important thing I’ve ever written. Thank you.’ ”

Before moving to Lake Forest two years ago, Moody lived in New York, San Francisco, Denver, Los Angeles, Glencoe (2003-2013), and Lake Bluff (2014-2019). Moody and Walters expect to net out-of-state “Talking Books with Alice & Ann” subscribers, in addition to avid page turners at the local level. That number of subscribers (46), in early August? Their target for the first month was 30.

“Ann,” Moody says, “is so well-read, really insightful. She’s also good at describing a story, at engaging an audience, at connecting books to others. Ann has that ability to explain things in a logical manner. I tend to get emotional when I discuss books.

“Our personalities … we’re going to play off each other well for our viewers, like Siskel and Ebert were able to do when they discussed movies. I loved that show. Didn’t you? You couldn’t help but get excited about the movie they were reviewing. One of our goals for ‘Talking Books’ is that people will have a better understanding of one another through book discussions. We’re hoping to generate more empathy and compassion in others, too.”

For more information about “Talking Books with Alice & Ann,” visit betweenthecoversbookdiscussions.com/home-2/ or email [email protected] Find them on Instagram at @talkingbookswithaliceandann.