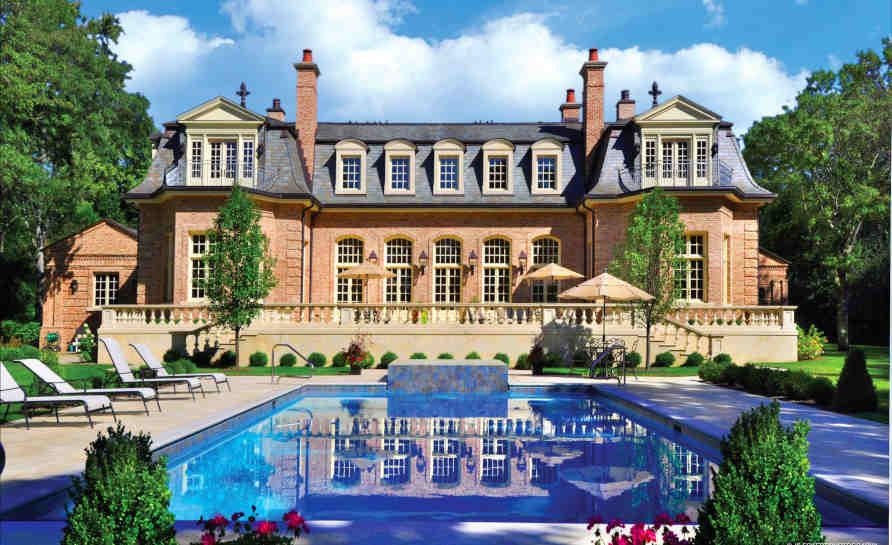 As North Shore residents begin to return to pre-pandemic routines—going out to restaurants, attending concerts at Ravinia, hosting summer gatherings with friends and family—local real estate experts say the unprecedented hot market for homes on the North Shore is beginning a return to traditional cycles.

For both buyers and sellers, this could be a good thing.

“Last year was one of the busiest years we’ve had on the North Shore in 20 years. It was unprecedented,” says Thomas Downing, Vice President of Brokerage Services and Designated Managing Broker for @properties in Winnetka.

More recently, low inventory has frustrated buyers, Downing says, and sellers are having to deal with multiple offers on their houses, which isn’t always easy. 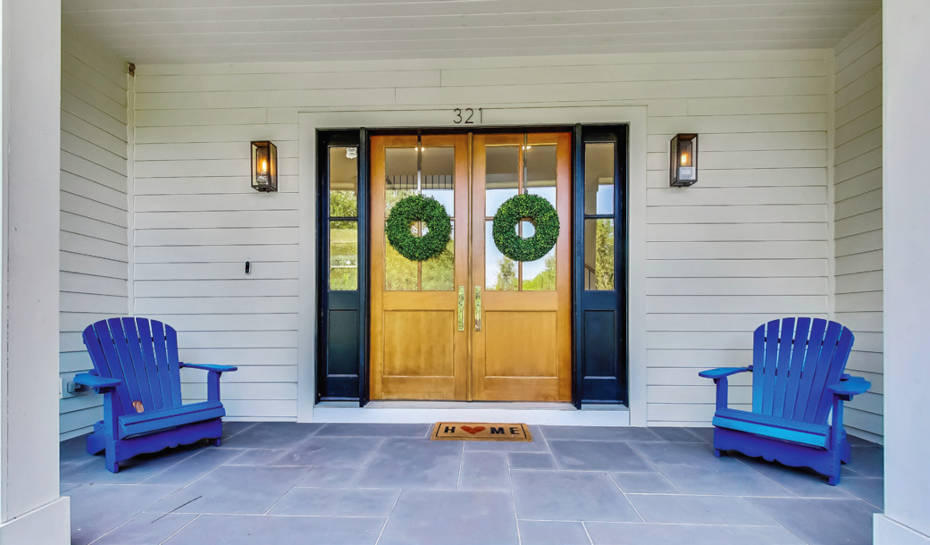 “The good news is we have had a slowdown in the last three or four weeks where we’re seeing more inventory coming on the market,” Downing explains. “Sellers have been as exasperated as buyers by the fact they couldn’t find anywhere to move to, either.”

The key to a healthy, long-term, real estate market is balance, and Downing says he’s starting to see that happen.

“I actually think a little bit of a more balanced market is healthier because everybody wins,” says Downing. “The national news was talking about it being a seller’s market, but all real estate is local. The absorption rates, which is the amount of inventory it’s going to take to see a balanced market, is six to seven months of inventory, and right now we’re about at three-and-a-half.”

Downing also says that unlike the market in 2008 and 2009, the market this past year is not inflated.

“This is not a bubble. People get nervous that it was like the big bubble in 2008 and 2009, but that was completely a different situation,” he says. “There were a lot of people underwater, and a lot of people had loans they probably shouldn’t have had.”

This time around, buyers have resources to either pay cash or get a loan from a reputable institution, especially since the financial regulatory reforms that emerged from the predatory lending practices of late 2000s.

“People have more money than they expected to have. They may have stayed home, they worked from home, but they weren’t spending money on restaurants,” he says. “They weren’t spending it on travel. So, there’s a lot more disposable income for people who are out there home buying.”

It’s the trend toward a balanced market that makes Downing believe it will remain strong into next year, and he believes inventory will begin to tick up further.

“You want to buy your straw hats in the winter. You don’t want everybody doing the same thing at the same time,” he says. “What happens is sellers end up, once it starts to slow down and they have their friends and families or their realtors telling them it may be time to sell, then they become more relaxed and realize they don’t want to lose out.”

An absolute necessity for buyers, Downing says, it to hire an agent with access to private listings. Private listings have helped drive the market on the North Shore the past 18 months, and they give buyers an inside edge over their competitors.

“You can learn about a property from your agent much sooner than you can on your own,” Downing says. “I don’t think people realize how powerful that was during this market. I really saw it first-hand. People who had agents had access to private listings. They’re important, and you need a broker to do that.”

Michael Mitchell, a broker with @properties in Glencoe, agrees with Downing that the market is returning to some level of normalcy. He’s seeing the patterns in the market from past years emerging.

“This year is falling back to the usual real estate buying pattern that we have had in traditional years. We had no early spring market last year because we couldn’t even show a house,” Mitchell says. “The majority of the business last year took place in June, July, and August. This year started out very strong in early spring and it lasted through the end of June. July got quiet and that’s a much more traditional year.”

Mitchell says the slowdown, for him, is not such a bad thing given how busy the market has been since last spring.

“There’s been a bit of a breather and I didn’t mind it. When I speak with a lot of my colleagues, they didn’t mind either because it was so intense that it gave us a little bit of a break and gave us time to enjoy summer a little bit,” he says. “Now that we’re approaching August, as is typical in a normal year, we’re seeing another push where people haven’t bought a house and want to get settled before the school year starts. So, there’s an uptick again.”

“I do see this current market continuing through the end of the year. Things are still busy but have slowed down a bit in the past few weeks, which is typical in the summer months,” says Donna Mancuso, who’s with Berkshire Hathaway HomeServices in Lake Forest. “In September, we should see activity pick up again with more new listings coming on the market and competition will remain fierce for those properties that are priced correctly and show ready.”

As far as the market and how it will look moving into 2022, Mancuso says it’s tough to predict.

“The future seems too uncertain to predict right now, with things like the Delta variant and talk of new mask mandates possibly coming into play again,” she says. “But with the current low mortgage rates, along with an increase in remote working opportunities helping to fuel the surge in housing demand, this current cycle could be here for a while.”

While the market might be on a path toward balance, some brokers are finding that buyers are frustrated by both the slow availability of inventory and higher prices.

“Record high home prices and multiple offers are causing some buyers to retreat from the market. Some of that is attributed to buyer fatigue and some of that is attributed to more value-driven buyers that view current pricing as being inflated,” says Connie Dornan, with @properties in Glenview. “The summer market has not been as strong as it was earlier in the year, but I do believe the fall market will be stronger and end the year on a positive note for 2021.”

Another trend is sellers who delayed plans to move out of state—either for retirement or a job switch—are now comfortable enough with vaccination rates to move ahead. 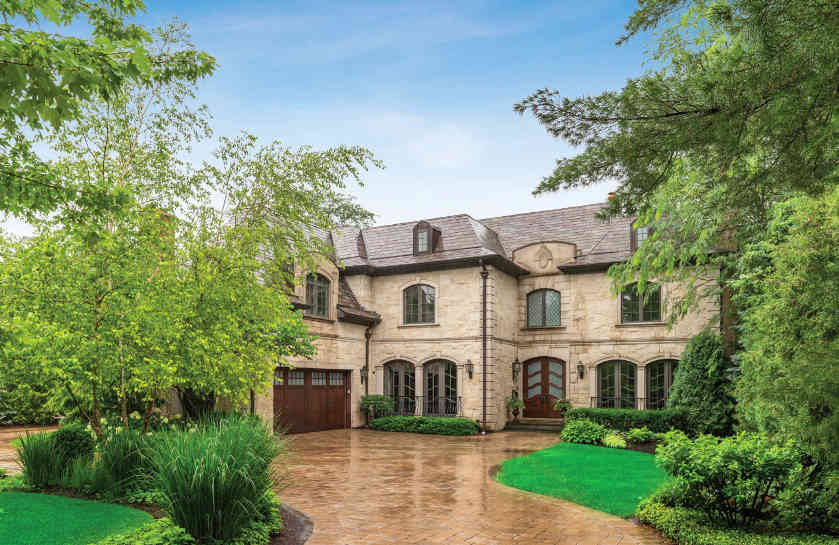 An active listing by Jena Radnay of @properties at 1304 Trapp Lane in Winnetka features more than 10,000 square feet of living space across four floors.

“People who are listing now finally got their plans together on the back end,” says Jena Radnay, with @properties in Winnetka. “They’ve found houses to buy in other areas of the country where the market is hot, like Austin, Texas.”

But demand is still there, and Radnay says that, particularly in the luxury market, listings don’t last long.

“There aren’t any three-million-dollar homes on the market,” she says. “I just listed a home on the lake in Kenilworth and already five people want to see it.” 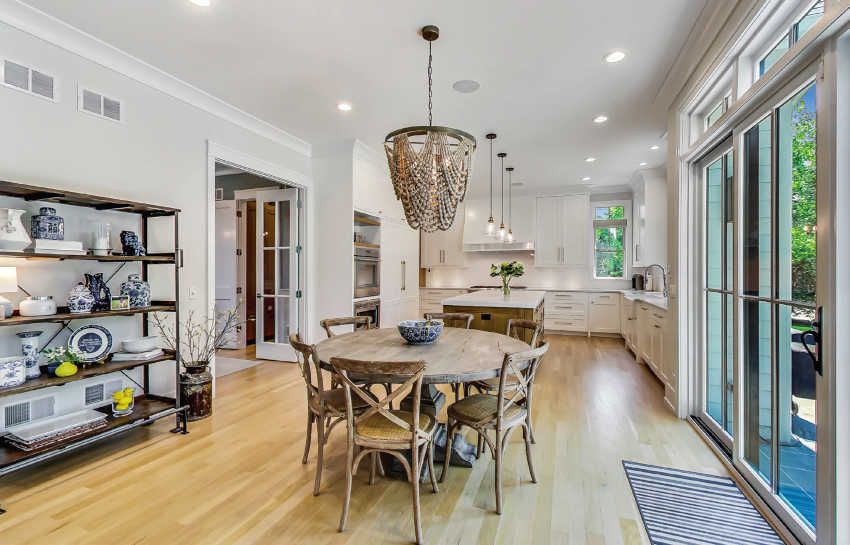 We may be moving in the direction of a “post-COVID-19” market, but Chris Veech, with @properties in Winnetka, believes in some ways the pandemic has permanently altered what people are looking for in a home. 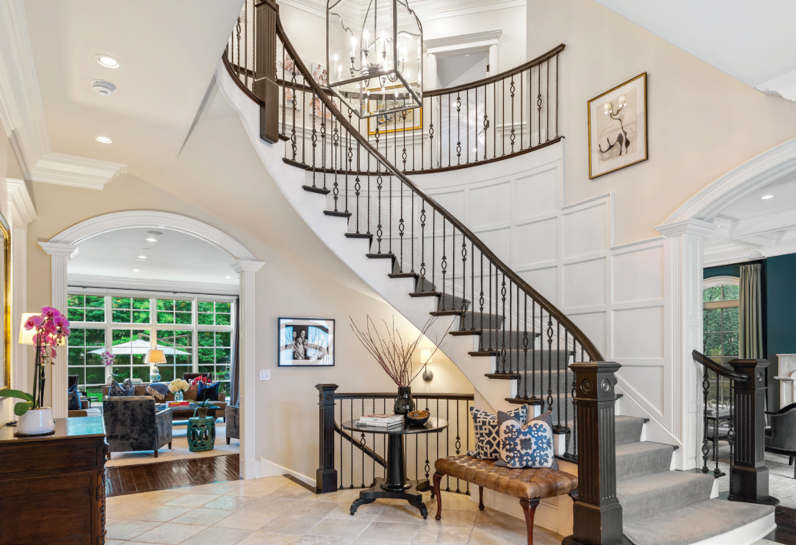 “We’ve been battling two issues the last 17 months and they are COVID-19 and fear. There is definitely some PTSD out there,” she says. “I think a lot of people are going to want to have more space for the foreseeable future. If interest rates stay low, this group is going to keep moving to the North Shore for the next few years.”

Susan Maman, a broker with @properties in Winnetka, thinks migration from the city to the North Shore that occurred the past 18 months might slow down as people start to remember what it is they love about Chicago.

“Chicago is a great city and a resilient city,” she says. “If we can continue on the right path, I don’t foresee the degree of exodus to the suburbs that we saw this past year.”

For the North Shore real estate market, Thomas Downing sees a return to the age of reason.