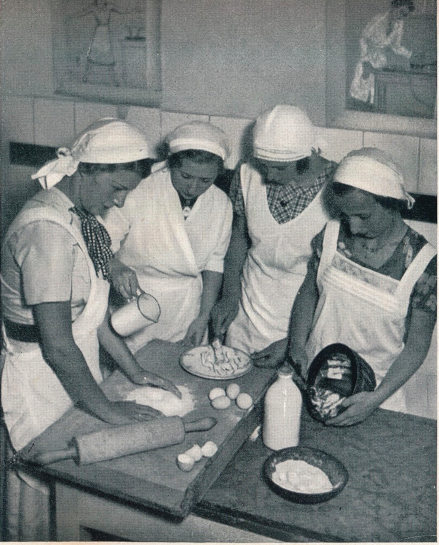 In order to understand classic Viennese cuisine, it helps to understand the city’s history. Before the socialist regime in Germany in the 1930s, which would soon overtake Austria and attempt to purge that country of its Jews, Vienna was a place where Christians and Jews lived side-by-side—neighbors, friends, Austrians. This cooperative relationship is best reflected in what is known as Viennese Cuisine, both historically and to this day.

Dr. Susanna Belovari, an archivist at the University of Illinois with Viennese ancestry, has researched the origins of Viennese Cuisine and how both Jews and Christians created iconic dishes which were cooked and enjoyed by those from both religious traditions.

Her essay that shares the results of her research, “The Viennese Cuisine before Hitler–One Cuisine in the Use of Two Nations,” won The Sophie Coe Prize from Oxford University, which is given to work that breaks new ground offering insights into the intersection of food and culture through essays that display creativity and originality.

The Highland Park Historical Society sponsored a Zoom presentation by Belovari about her research and her essay on July 12. She was writing her doctoral dissertation on another topic at the University of Illinois when she became interested in researching Viennese Cuisine. Belovari explains that she worked for one of the few Orthodox Jewish families in Champaign-Urbana to help pay some of her education bills. 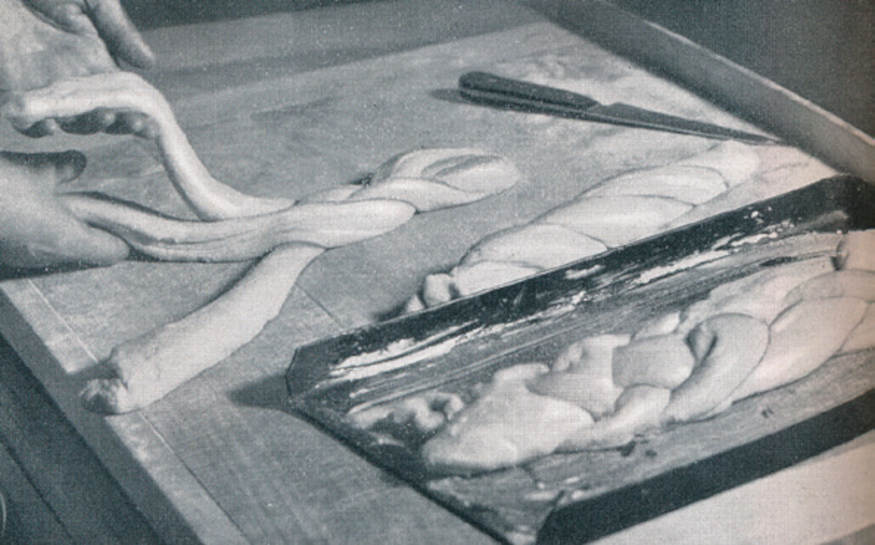 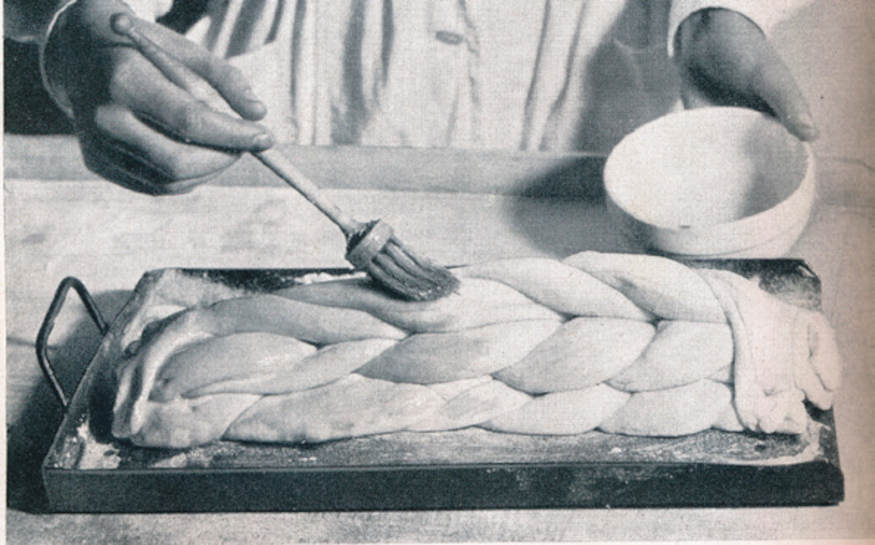 “I started working for them and we became friends and she taught me some of the Orthodox ways of cleaning and cooking,” Belovari explains. “We became friends. She asked me to clean and cook since I was willing to learn all the (kosher) rules and I was fast at picking them up.”

It wasn’t long before Belovari was being asked to cook desserts for large dinner parties of 15 to 20 people.

“They wanted me to do the desserts and gave me recipes, and I looked at them and said, ‘I can’t do that because as a Viennese, I was raised on classical Viennese desserts,” Belovari says. “So, I pondered, and I took the handwritten cookbook of my mother and grandmother and the classical Viennese cookbook that was first published in 1913.”

Belovari’s maternal grandmother had started her own little coffee house, and she writes in her essay that her cousins would bike over 120 miles over the Alps to eat a slice of strudel. Her paternal grandmother was a pastry chef for an aristocrat until the end of World War I, and her mother was  a brilliant cook.

The experience set Belovari on a long journey— starting in 1997—to discover how Viennese Cuisine evolved into a tradition that has no distinctly religious affiliations. There were two major challenges that impeded her research. First, the assassination of almost a third of Austrian Jews during the Holocaust, and second, the fact that many of the recipes for Viennese Cuisine were created by young women who eventually got married and changed their names.

“It took me a long time because the record situation is a catastrophe. I was continuously questioning myself for 15 years because so much is gone,” Belovari says. “No one had ever talked about it or written about it.”

As the internet began to evolve, more and more archival records became available and Belovari was able to at least piece some of the mystery together—especially through published cookbooks.

But Beloveri cites a lingering resistance to any discussion about the Holocaust as a significant barrier.

“I tried to talk about this in 2009 at the Academy of Science in Warsaw as part of a larger paper that included food resistance in Vienna during the war, which I thought was mostly done by women like my grandmother helping Jewish neighbors and friends,” she says. “Then I talked about the Warsaw ghetto, which was mostly men and children, and I was met with a glacial reaction because Poland at the time hadn’t yet started to deal with the Holocaust.”

Still, Belovari’s essay tells a rich history of city where food became a symbol not of differences, but of shared interests and tastes.

“It had nothing to do with them being Jewish or Catholic,” she says. “They were just inventors.” 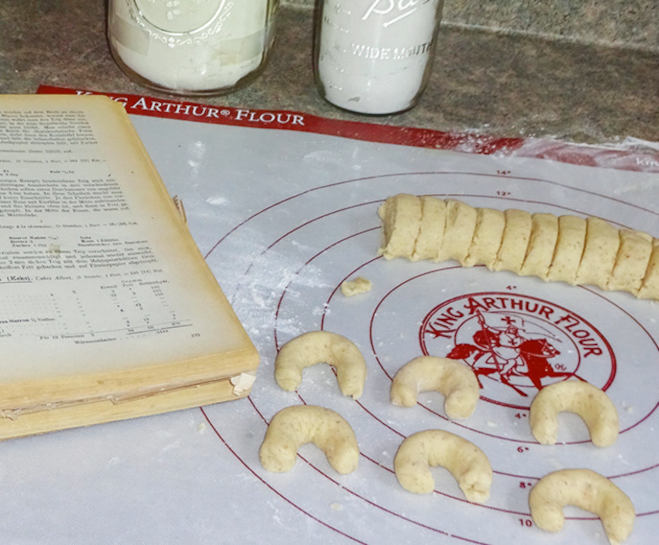 Belovari’s family makes vanillekipferl, or vanilla crescent cookies, each Christmas. These cookies were also baked by Viennese Jews for Hanukkah. The recipe for the cookies is included in the Viennese cookbook, Wiener Küche.

Preheat oven at 350 degrees and line baking sheets with parchment or cover with flour. Mix flour, butter, ground almonds, and sugar with your hands.

Take a large tablespoon of dough (experiment to see if that will give you the right size of crescent) and roll each section gently into ropes (approximately 2 to 3 inches), then taper corners to shape crescent. Small crescents will be about 1-inch in length, 1-inch in width, and about 1/3-inch thick. Be careful that the crescent is of uniform thickness; otherwise, the thinner sections or tips will burn in the oven.

Transfer to baking sheet and bake about 10 to 15 minutes (baking time will depend on your oven). Be careful because they burn easily. Remove from oven when tips of crescents are lightly brown, and bottoms are golden (they can be cooked slightly longer if you want them browner and crunchier) and either remove them carefully with a spatula and let them cool on the table or pull the parchment with the crescents off the baking sheet. If you don’t remove them from the baking sheet, they continue baking on the hot metal sheet.

Once they have cooled down and will not break easily, roll each crescent in confectioners’ sugar.