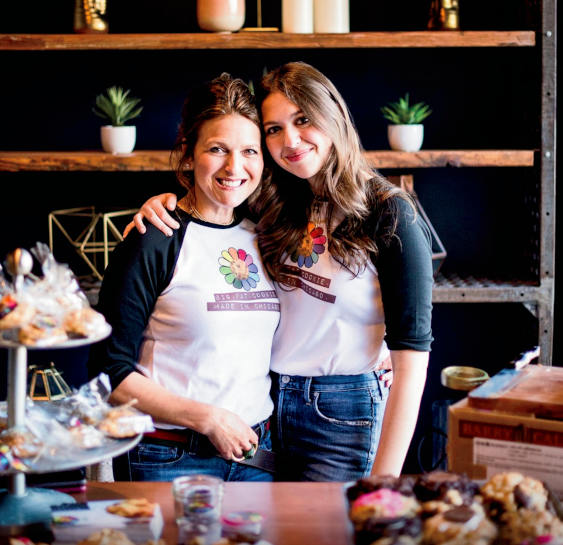 Linda Friend and her daughter, Nina. PHOTOGRAPHY BY SAMANTHA PARQUETTE

Linda Friend was taught from an early age that the best tools in the kitchen are your hands. “Except if you’re in a commercial kitchen during COVID-19, then you need to use a mixing bowl,” laughs the Glencoe native.

Shortly following its creation, Friend began selling her cookies at the United Center, which provided a springboard to sell to other companies. Now her cookies are sold at several places within the city, including all Foxtrot locations, Dom’s Market, select Freshii locations, and the South and West Loop Markets.

The assorted pack, featuring classic chocolate chip cookies—Friend’s personal favorite—oatmeal raisin, triple chocolate, and mixed, is the most popular. The company also offers numerous seasonal and holiday packs, but the “Nina,” named after her daughter, holds a special place in her heart. As do the three other packs named after family members and launching this summer—Big Jack, Matt’s Multiple O, and of course, Big Daddy. 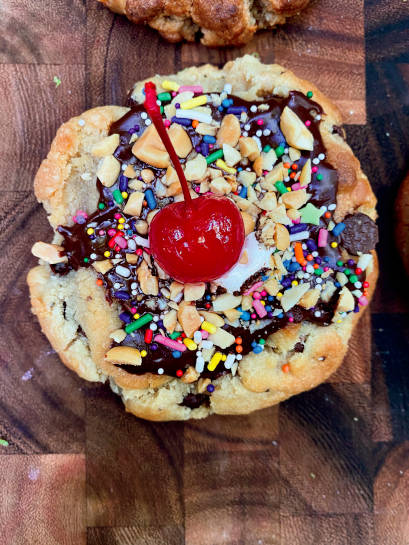 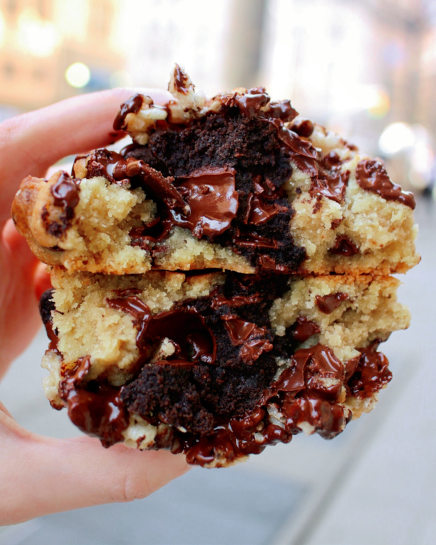 Not only does she honor her loved ones in the names of the packs, but the exterior cookie packaging itself also features inside jokes, abbreviations, and odes to her family. A customer recently asked Friend what the significance was of the graphic “LL + BF = NJM” on her package, and she explained that it was her initials, plus her husband’s equals their children. Prior to starting big.fat.cookie, Friend spent over 25 years designing and manufacturing jewelry in Chicago and Rhode Island for her own company, Linda Levinson Designs. 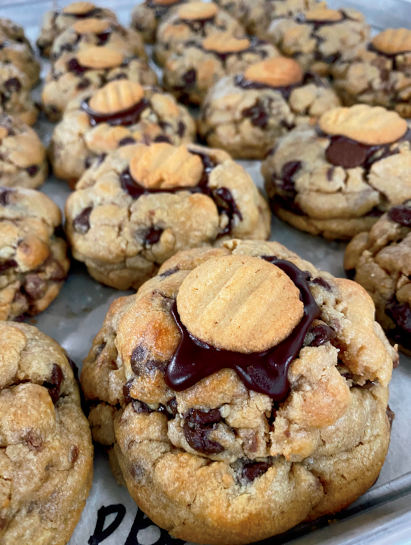 Her American-made company, with jewelry worn by First Ladies of the United States, eventually closed in 2015 because it could not compete against less expensive raw material and labor overseas. It was the end of this chapter that led her to return to her roots and lifelong passion for baking. 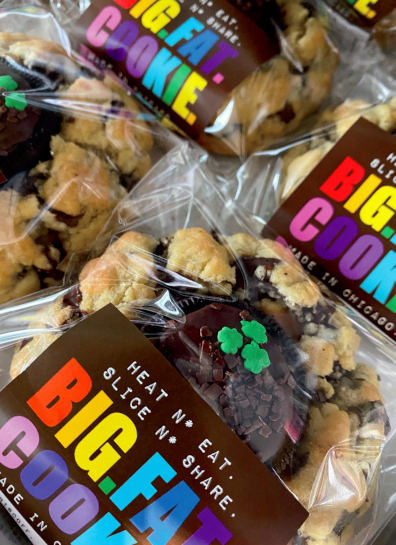 “I have vivid memories of being in the kitchen with my grandmother and my mom, baking cookies,” Friend says. “My grandmother would come to visit from New Jersey and I would be like ‘when are we making cookies?’”

Like her jewelry, each cookie is made in small batches with meticulous attention to detail. But the recipe is not complete. To this day, Friend continues to modify it and asks her team of nine for their input.

For more information, visit eatmebigfatcookie.com or arrange for pickup at 1030 North Hooker Street in Chicago.