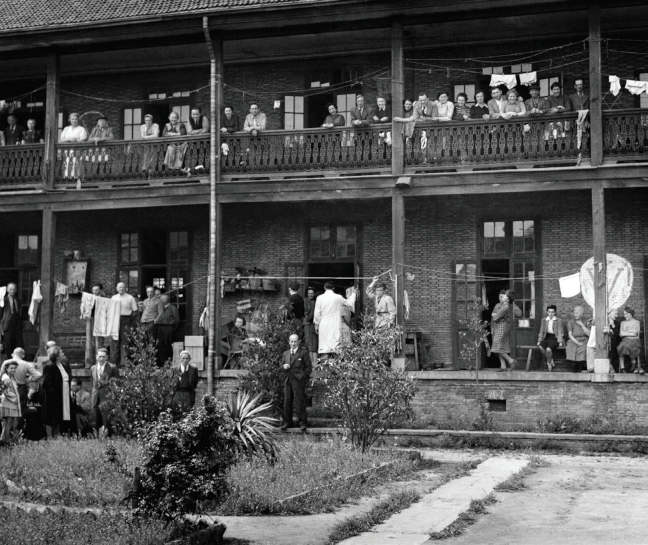 Judy Kolb remembers living a normal, little girl’s life in Shanghai. Born in 1940 in Shanghai to Jewish parents who escaped the Nazi regime, her family left China and arrived in San Francisco in 1948. When she was 15, in 1955, her family came to Chicago where her father became a Cantor and teacher at a synagogue in Skokie.

While she initially viewed her experience in Shanghai through innocent eyes, over the years Kolb has come to understand that the lives of her family and of other Jewish families who escaped the Nazis were often extremely difficult.

The story of Kolb’s family and other families who fled to China is told in a fascinating new exhibit at the Illinois Holocaust Museum and Education Center in Skokie. “Shanghai: Safe Haven During the Holocaust,” opened on July 15 and runs through September 5, 2022.

The exhibit tells the story of how—with the help of sympathetic diplomats and sheer tenacity—thousands of Jews from Germany, Austria, and other Nazi-occupied countries were able to escape the Nazis and safely make passage to Shanghai.

“It’s a two-part exhibition of 22 photographs taken in 1946 as part of an assignment by Arthur Rothstein, who was a quite-wellknown American photojournalist, so that’s one element,” says Arielle Weinenger, Chief Curator of Collections and Exhibitions at the Museum. “The other part of it is we highlight 10 survivors of Shanghai from our local community and tell their stories through objects that they’ve donated to the museum, so you see objects and photographs.”

The Nazis came to power in 1933 and for those that could afford to get out and have what Weinenger calls the forward thought process that it was not going to go well for Jews, could immigrate to a number of different places for a period of time—though it was very difficult to leave. They had to hand over most of their possessions and wealth to the Nazi government.

As things became increasingly challenging for Jews in Germany and occupied Austria, the Évian Conference was held in Évian-les-Bains, France in July 1938 to see what the world could possibly do in light of the Jewish refugee problem. What came out of the conference was that very few countries wanted to do anything. 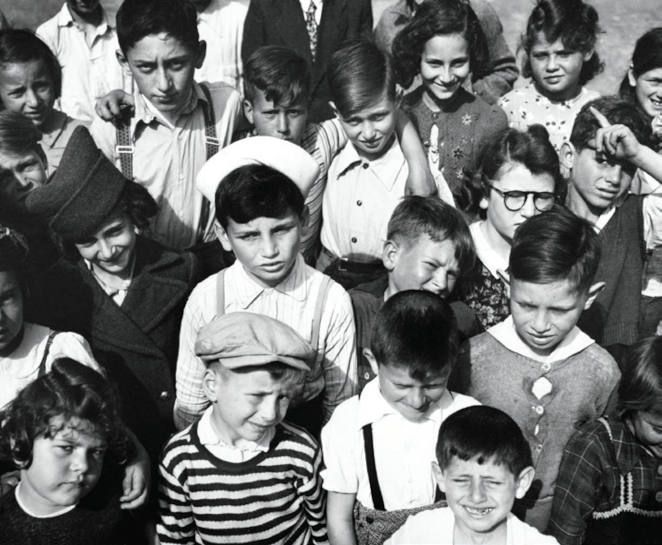 “The only country that was willing to take a large number of Jews was the Dominican Republic … up to 100,000 Jewish refugees,” Weinenger says. “Shanghai, as a port city, was in sort of a different situation because there were areas called the International Settlement and the French Concession and those two areas were ruled by or governed by other entities.” 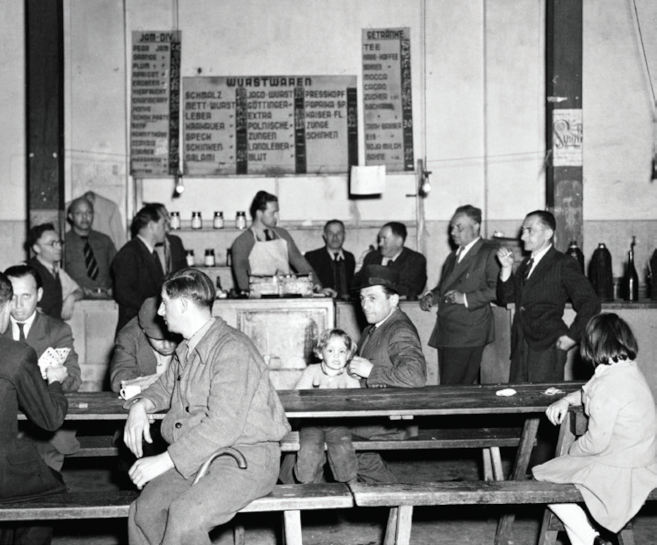 While visitors to those two areas did not need a visa to enter, Jews needed permission to leave Nazi-occupied territories and documentation that confirmed they had a destination.

Two diplomats with posts in Lithuania, Chiune Sugahara of Japan, and Jan Zwartendijk of the Netherlands, took considerable personal and professional risk to write documentation for thousands of Jews to leave the Nazi-occupied territories for Shanghai. Both would later receive the Righteous Among the Nation from the State of Israel, an honorific given to non-Jews who risked their lives to save Jews from the Holocaust. 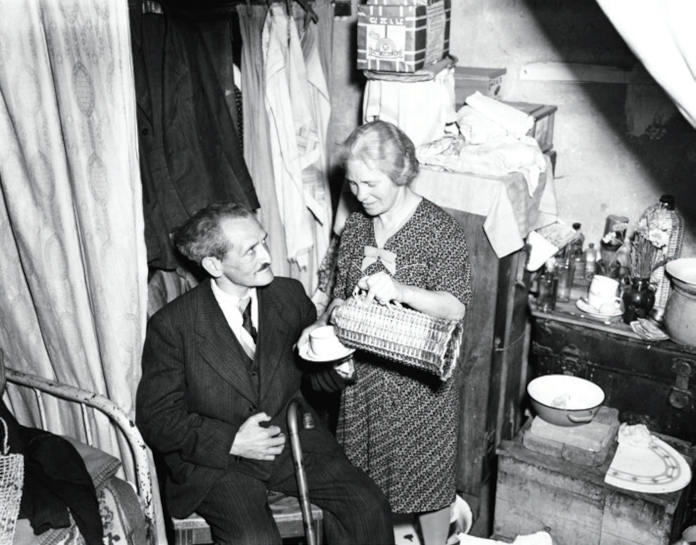 Matzah balls made on a Chinese fire pot

The relief of getting out of the danger of staying in Germany and other occupied countries, though, led to major obstacles as they transitioned to their new lives in the Shanghai ghetto.

“Early on, the Nazis pressured Jews to immigrate… to just leave. But when you leave, we’re going to take basically all your possessions and we are going to revoke your citizenship,” Weinenger says. “So, these people were considered stateless refugees when they arrived in Shanghai and most of them had very limited funds.” 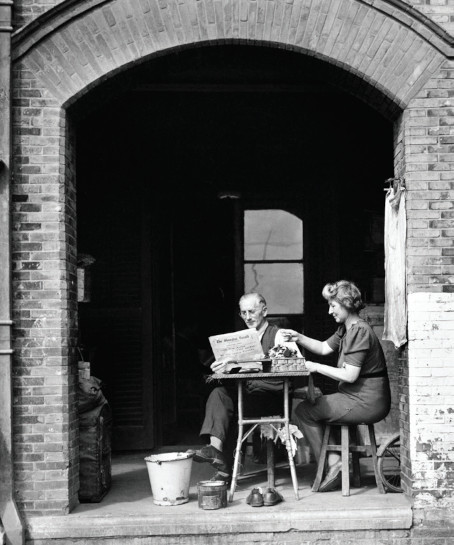 The result was the creation of the Shanghai ghetto with very little opportunity for upward mobility. A few managed to start businesses but, for example, doctors had to develop a clientele of Chinese to support their practices.

“Many were destitute when they arrived; they only had what they had brought with them. Some people had been able to smuggle out or hide a diamond ring or something of value,” Weinenger says. “They would use that to help them with their existence, but they had very limited support from anyone.”

Housing was difficult to find, and many Jews who arrived in Shanghai lived in communal housing with up to 150 people in a room. Some who were able to start their own businesses eventually were able to move out to at least one-bedroom apartments.

It was these lives and the conditions in which they were lived that brought photojournalist Rothstein to the Shanghai ghetto in 1946. Rothstein had worked for Look magazine and been a photo editor at popular Parade magazine. He is known mostly for his iconic photographs of the dustbowl taken while he was working as the first staff photographer for the Farm Security Administration.

While working for the Office of War Information at the U.S. Army, Rothstein made his way to China to cover the World War II theater in China, Burma, and India. When he moved to the United Nations Relief and Rehabilitation Administration, he photographed the pictures of the Shanghai ghetto that are part of the new exhibit. Rothstein’s job was to create a photographic record of UNRRA’s enormous humanitarian effort (spending over $518 million) to defeat hunger and rebuild infrastructure in China.

“For a long time, the Museum has been wanting to do an exhibition on the Shanghai ghetto and for all of the many people who know about the war, some people have never heard of it.” says Weinenger. “We’re talking about between 17,000 and 20,000 Jews who were saved because they got to Shanghai.”

The community of survivors adds an important element to the story and to the exhibit. For Kolb, who worked as nurse for 10 years for her husband, an orthopedic surgeon who has since passed away, it was her retirement seven years ago that prompted her to think about what she could do to tell her family’s story and that of the Shanghai ghetto.

“A lot of Holocaust survivors did not talk about it for so many years. It was too painful and there was nowhere to begin. So, stories were not told,” Kolb says. “Eventually stories started to be told, but not so much about Shanghai.”

Kolb’s father, despite his involvement and strong ties to the Jewish community in Skokie, was reticent to talk about his Shanghai experience, and after watching a documentary about the Shanghai ghetto, Kolb was shocked by the circumstances and the living conditions and what it was like in Shanghai.

“I didn’t ask my parents what it was like in Shanghai because I thought my life in Shanghai was normal. My uncle had a bakery,” she says. “I had no idea when I watched that documentary, I was blown away. I was shocked to see how difficult life was for everyone.” 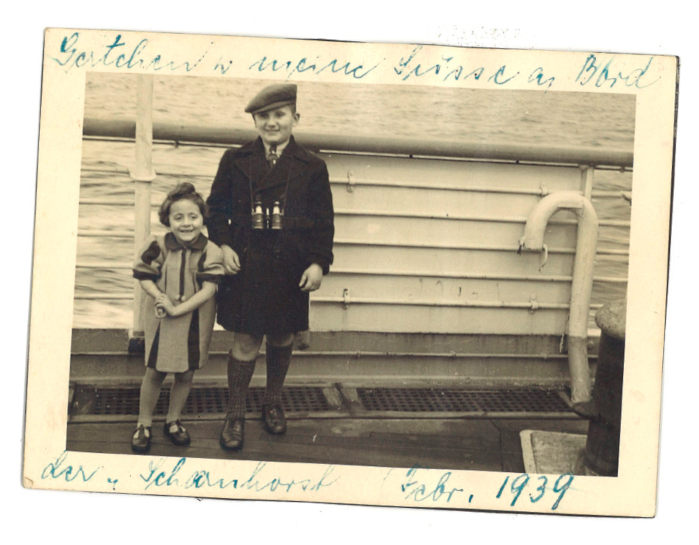 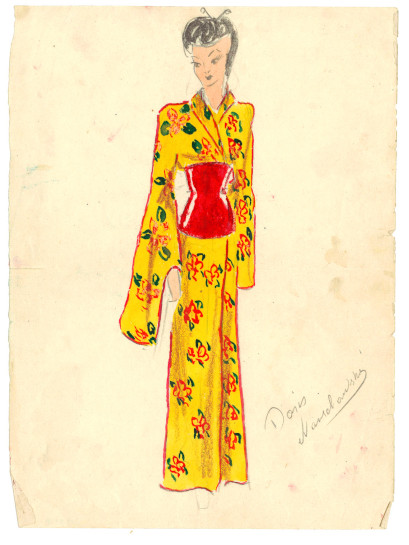 Gifts of Doris Fogel, in memory of her mother Edith Warschawski.

Kolb began reading books that documented the experience of Jews in Shanghai and eventually she began cataloguing her father’s collection of papers and artifacts about her own family, which she eventually donated to the Illinois Holocaust Museum. The collection is part of the new exhibit.

Kolb started volunteering there and has now become a “Second Generation” volunteer to help educate the hundreds of children who visit the museum each day about the importance of remembering the Holocaust.

“This is an important place and an important story, a horrendous story that needs to be constantly told so people will not forget about it,” she says. “For me to keep this alive, to say that six million Jewish people were killed, which I’ve never been able to get past that number, is so horrendous that we need to keep telling the story.”

“Shanghai: Safe Haven During the Holocaust” runs from July 15 through September 5, 2022, at the Illinois Holocaust Museum and Education Center in Skokie. For tickets, visit ilholocaustmuseum.org.