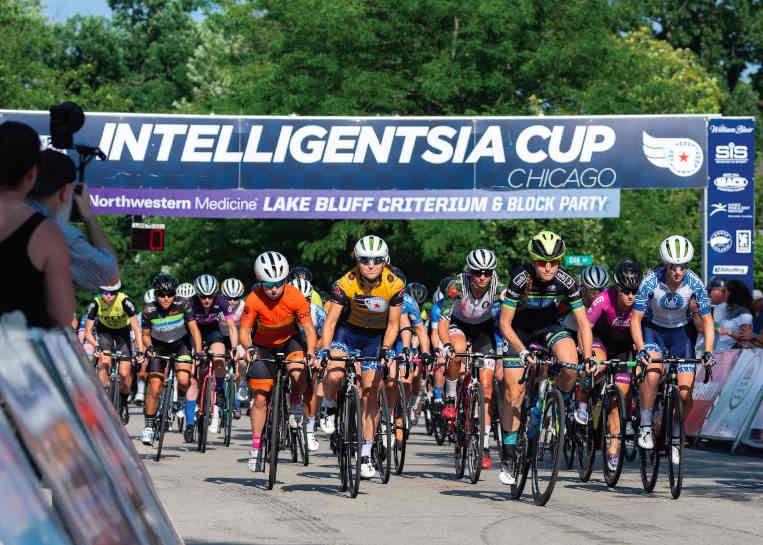 The 9th Annual Northwestern Medicine Lake Bluff Criterium is back on July 24.

The bikes are back on the racecourse.

The Criterium will feature 11 professional and amateur men’s and women’s races with 600 riders from more than 40 states and many foreign countries competing in several races for prizes totaling over $6,700. Sponsored by Northwestern Medicine, the event is free and open to the public.

“Northwestern Medicine Lake Forest Hospital is proud to sponsor this world-class cycling event and to serve as the official health care provider for the Lake Bluff Criterium,” says Thomas J. McAfee, President, Northwestern Medicine Lake Forest Hospital. “Our health system strongly believes in promoting the importance of an active and healthy lifestyle for our community.” 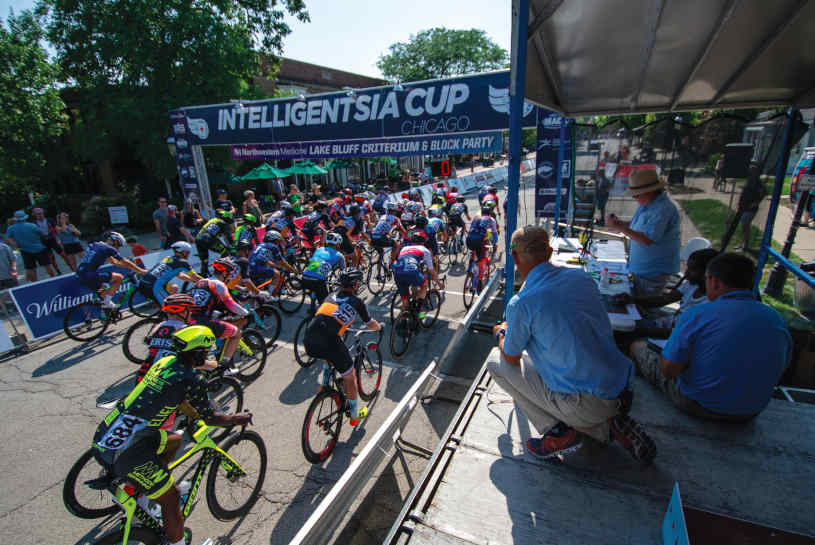 This year’s Lake Bluff Criterium will feature 11 professional and amateur men’s and women’s races with 600 riders from more than 50 states and several countries.

Unlike traditional road races such as the Tour de France, criterium racing takes place on a course set up in suburban towns and in Chicago, similar to a Formula One course. Spectators can watch each lap around the course as the race unfolds.

“The Tour de France is point to point. It’s starts at Point A and ends at Point B, 100 miles away. If you’re a spectator, the cyclists go by in about 25 seconds and then they’re gone,” Colbert says. “What we’re doing is called criterium racing—a bicycle race on a closed circuit, a closed-loop—usually between a mile and 1.2 miles long. The Lake Bluff course is .75 miles in length.” 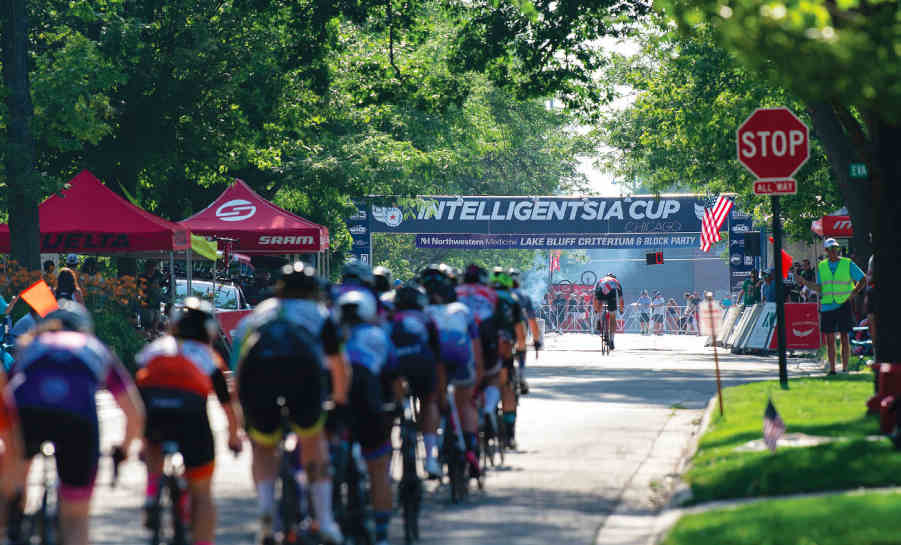 The advantage for spectators, Colbert says, is that the riders come around quite frequently, for the fastest riders about every two minutes or so. It provides much more entertainment for those watching the race.

“Criterium racing is a very intense form of racing. It’s highly competitive. It’s a team sport because teammates help each other,” Colbert says. “Sometimes one member will sacrifice himself or herself for the sake of another teammate by getting in the front—providing a draft for the person behind them or blocking out competitors, making it more difficult for them.” 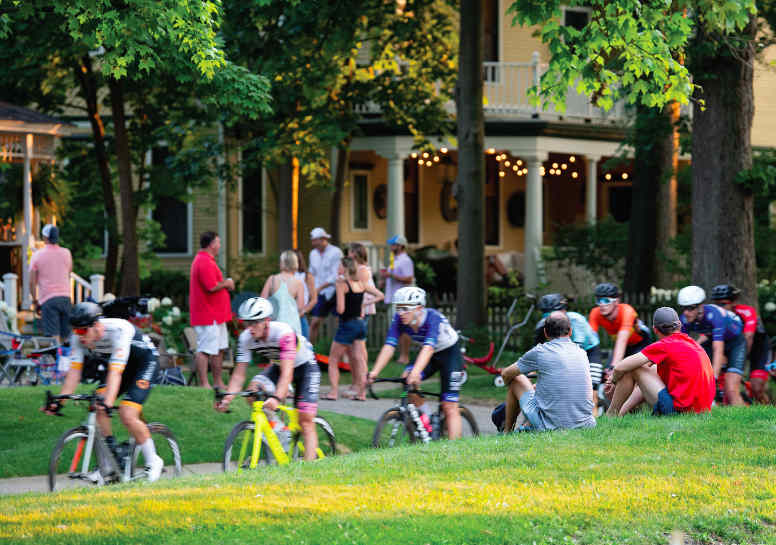 In past years, the event has featured “kiddie” races for little but this year, to achieve social distancing, there will be a Family Fun Ride for parents and kids to experience riding the course. Parents can register their families at the Lake Forest Bank & Trust, 4 E. Scranton, from Monday, July 19, to Friday, July 23, from 8:30 a.m. until 5:30 p.m. or on Saturday, July 24 from 8:30 a.m. until noon. Registration will also be available at the Fire Station on Saturday, July 24, from noon until race time.

“The Family Fun Ride is sponsored by Lake Forest Bank for families, Mom, Dad, and the kids to all get on to the racecourse together and ride around just like the pros for about half an hour,” Colbert says.

“Without Northwestern Medicine and our other sponsors this event couldn’t happen,” says Colbert. “It’s as simple as that,”

In addition to the action on the racecourse, there will be a food court set up in Village Green featuring fare from five Lake Bluff restaurants, including Bangkok Tokyo, Luke’s, Donati’s, Tacos el Norte, and Suzy’s Swirl. Craft beer from Lake Bluff Brewery will be available throughout the afternoon and evening.

“The Village Green is adjacent to the racecourse and an excellent vantage point, a great place to watch the bike racers go by and eat some good food and if you’re so inclined, to drink some beer,” Colbert says.